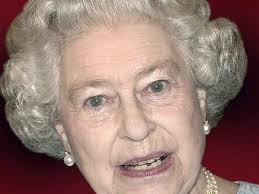 It takes a bitch of the highest calibre to run a Kingdom and commonwealth.

Bitching is one of the highest forms of rhetoric, practised by few and appreciated by almost no one. Bitching is often confused with complaining, moaning, creating problems, dramatic exaggeration and pick-up lines. Most people who do bitch are born with a strong latent ability to do so, though it can also be learnt from ones mother. While people who bitch are almost always right about what they are saying, a bitch is never ever listened to and sadly their wisdom and helpfulness is lost on everyone else even though bitches are actually quite effective. Bitching does however make the world turn and make man evolve.

Imagine a train often comes late. A couple are off to visit friends and have forgotten to pack sandwiches and drinks for the journey. The husband insists on leaving immediately so as to not miss the train. The wife explains that the train is always late and she would prefer to have something to eat during the journey. The husband gets angry and claims she is complaining. The fact is, she is not complaining, she is bitching. Flash forward to the train ride. The Boston express takes off fifteen minutes late as always and the two are sitting on the train, refusing to buy a $15 dollar sandwich on board and are very hungry. The husband comments "I don't know why you didn't insist more that we packed the sandwiches". That is complaining, and not bitching. The two are profoundly different and the husband in fact is doing what he claimed his wife did before. If the woman continues to bitch patiently, things should change in a few more years. 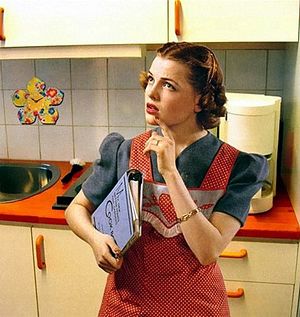 A wife just wondering how she will bitch when her sneaky husband comes home.

A company is negotiating with a new supplier from Afghanistan. A vice president admits she is sceptical about a supplier from a failed state and their reliability. A pompous junior manager complains about her lack of knowledge in Asian trade and calls her a trouble maker. The truth is, she is bitching and is doing anything but creating problems. He then tells a very sexist joke and asks her to pull his finger. He is the one creating problems. But of course, she says nothing and quietly wins the debate in the end through bitching only at the right moment and in the right way. Another victory for bitching. She also manages to get the guy fired later, which is a very bitchy thing to do, though certainly in the companies best interest.

A young boy spills a very expensive package of hand made Macaroni all over the floor. His mother asks him to be more careful in the future as it was expensive and a gift. The young boy with no sense of responsibility or understanding of the value of things tells his Friends later that his mother is a chronic liar and hysterically exaggerates everything. The boy was wrong, she was simply bitching and the boy couldn't stand to be told what to do. He continues to tell his friends that his mother ruins his life every day and that he hates her and wishes that she was dead. Who is bitching and who is a dramatic exaggerator? Sadly, no one cleaned up the macaroni mess. 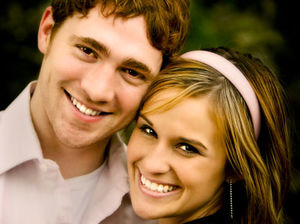 This couple is happily married after five years because she cares: she knows how to bitch.

A young lady is having lunch with a friend she almost never gets to see. At the next table is a group of young frat boys screaming and yelling at every joke they make. The more the two girls try to ignore them the louder they seem to get. The girls cannot even hear each other any more and decide to eat in silence until the good ole boys decide to leave. They then start a burping competition to see who can erupt the loudest. The young lady quietly asks the nicest seeming boy if they could keep it down a little. The boy immediately unbuttons his shirt half way and gives off a smooth response. The young lady only hears "blah blah blah" and ignores him. The boy continues and puts his hand on her thigh. The young lady kicks him in the groin and the other three boys laugh. Bitching does not always have to be verbal, it can be physical when words are not enough. The girls enjoy the rest of their lunch and the boy becomes sterile.

The future of bitching[edit | edit source]

As bitching has always been hated by those who do not bitch, bitching will continue in its time honoured tradition being considered something bad rather than useful and will always be confused with far more negative forms of communication such as winging and harassment. Bitchessimply have to be content knowing that they are right and that if they do their bitching correctly will usually win the day, no matter what others think.

Wikipedia doesn't have a proper article about Bitching. It really wouldn't help those so-called experts by writing one either.
Retrieved from "https://en.uncyclopedia.co/w/index.php?title=Bitching&oldid=5934468"
Categories: