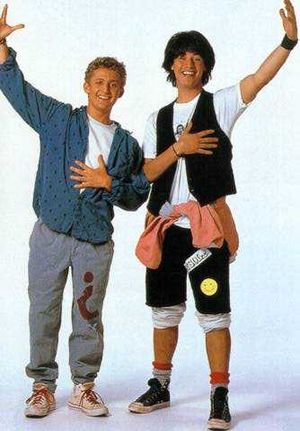 Wyld Stallyns[1] were a San Dimas California-based progressive punk metal rock band formed in 1988 by Bill S. Preston Esq. (guitar) and Ted Theodore Logan (guitar). They were joined by Rufus (guitar) who quit within a single day[2] to pursue a lucrative career as a history professor which he claimed was "The job of the future." He was replaced by the princesses (synthesizer and synthesizer). The band maintained a massive fanbase of exactly 0 fans until 1991, when Bill and Ted were allegedly murdered by robots from the future who wanted to prevent them from creating a better future for mankind[3] and somehow managed to get Death[4] (Bass violin) and Station[5] (bongos). *AIR GUITAR* 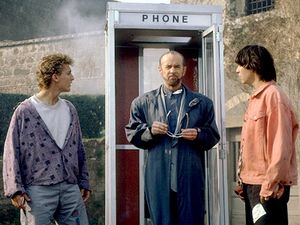 Rufus, the man who helped Bill & Ted, is seen in the center. Surprisingly, Rufus didn't swear at all when Wyld Stallyns was around.

As you know, Wyld Stallyns was founded in 1988 by Bill S. Preston Esq. and Ted Theodore Logan in San Dimas, California. The early years were difficult[6] and they would have flunked history class if not for an odd older man[7] who loaned them his time phone booth and told them to go nuts. First, they "acquired" Napoleon[8]. Then they called Atlantis collect[9] and nearly met the original Iron Maiden[10] while kidnapping a pair of princesses (who would later join the band).[11] They also met Socrates[12] who was inspired to make a band of his own.

The next few years were tough. They were kicked out of their parents' homes, got worse at playing guitar,[13] and spent some time as cartoons.[14] However, their luck quickly improved and they were brutally murdered[15] just in time for their late night speech.

After being killed, Bill & Ted met up with Death.[16] With Death, they were sent to hell. Wyld Stallyns didn't have much success in hell, since most of the people there listen to Kenny G anyway. After beating Death at Twister.[17] Death takes them to heaven, and they get their first big gig there, playing for Einstein, Confucius, George Washington and most of the Allman Brothers. Also, God gives Bill & Ted superpowers so they can play cool. They melvined Death also.[18] They got Station, a Russian scientist alien scientist, to build them robot Bills & Teds to kill the evil robot Bill & Teds that killed them and took their babes.[19]

Ted's hardass father wants Wyld Stallyns to play in the San Dimas Battle of the Bands,[20][21] because he doesn't like Bill & Ted,[22] and after a tense match with evil Bill & Ted, Wyld Stallyns played, with their time machine, wildly realistic pyrotechnics, and music good enough to beat even Primus![23] 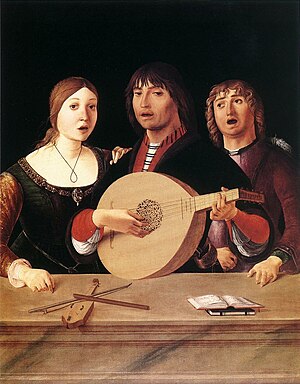 Wyld Stallyns have always been known for their wild and unsolicited[25] concerts. When this happens, history is generally torn a new one.[26]

It is worth noting that their concerts are generally much less destructive, and these are merely the few that got out of hand. 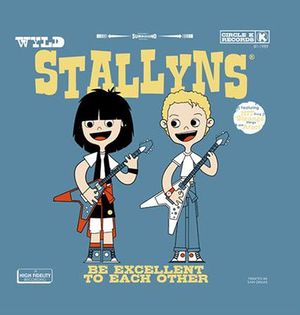 Judging from the font, nobody knows what year this album was made.