From Uncyclopedia, the content-free encyclopedia
(Redirected from Ted Kaczynski)
Jump to navigation Jump to search 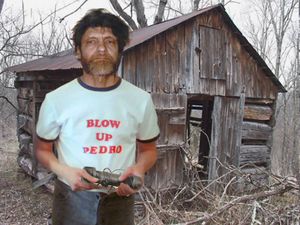 What is the best part of living outside of civilization? Why, fighting wolverines with my sweet pre-industrial nunchucks!

Here we meet Dr. Theodore Kaczynski, former assistant to the professor of mathematics at the University of California, now insane isolated noble savage, as he engages in his special campaign.

Who are you going to mail bomb today, Dr. Kaczynski?

Industrial Society and Its Future

1. The Industrial Revolution and its consequences have been a disaster for the human race. Imagine a society that subjects people to conditions that make them terribly unhappy, then gives them the drugs to take away their unhappiness. Science fiction? It is already happening to some extent in our own society.

2. To those who think that this sounds like science fiction, we point out that yesterday's science fiction is today's fact. The Industrial Revolution has radically altered man's environment and way of life, and it is only to be expected that as 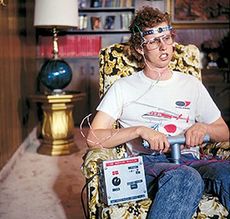 technology is increasingly applied to the human body and mind, man himself will be altered as radically as his environment and way of life have been.

3. We therefore advocate a revolution against the industrial system. The only hope for mankind is to return to his roots; to reclaim his very wilderness. 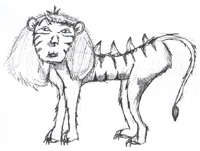 4. Just like this sweet liger I drew yesterday. We should all be wild and majestic. Like a frickin' awesome race of ligers. 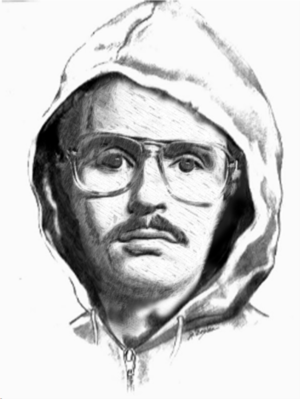 "Your mom goes to UC Berkeley!"

The post-civilized world will not miss Karaoke Night.

It will certainly not be another French one. You oversocialized leftists can eat a decroded piece of crap! 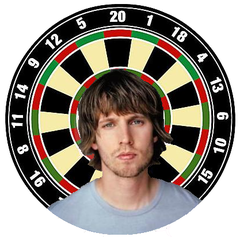 "Ugh! Dang it! Someone left a bunch of crap on my front porch!"

[stares at it blankly] 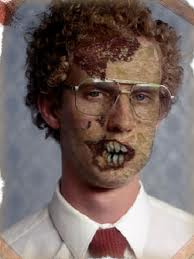 Featured Article  (read another featured article)
Featured version: 16 November 2015
This article has been featured on the front page. — You can nominate your favourite articles at Uncyclopedia:VFH.