The Carnivwar (also known as The Euthanasian Conflict) was a bloody conflict fought between the rising Vegetarians and Allies of the era. The war, which lasted several years, spanned from 1995 to late 2002. It is also the only war England didn't participate it, because they were grounded.

The aftermath of the battle is still felt today, with the near extinction of Butchers (not Butches) and the disapproval of Vegetarianism, which up until the conflict, was viewed as a peaceful practice.

The Rise of the Vegetarians[edit]

In 1994, Vegetarians occupied much of the West coast, mainly California and Washington. They acquired several seats in local government, and worked their way up from there until several leaders called for the mass movement of Vegetarians to the West Coast.

The migrating Vegetarians immediately kicked out their carnivorous neighbors, and closed down places like Outback Steakhouse. At the peak of their power, the Vegetarians claimed land as far as Colorado, which would later become the front lines for a full-scale invasion. In January 1995, the West Coast officially broke apart from the rest of the Union, and became a Vegetarianship (whatever the hell that is).

West Coast Butchers refused to be thrown out of business by the Communist defacto government that the Vegetarians had established. Soon, small factions of Butchers began retaliating futilely at the dictating Vegetarians. These resistance groups were silenced in about sixty seconds.

This genocide of Butchers, on top of losing business in the West Coast, angered restaurant owners. A full-scale assault was in the making from these rich white business men, which was backed by the United States government itself and remaining Butchers.

As Vegetarians attempted to gain control of Hawaii, an island famous for its tropical fruit, the Allies began bombing several small Colorado towns, such as San Luis and Boulder. These Vegetarian camps were destroyed.

Although this was an act of war, the Vegetarians preferred to initiate peace talks with the Allies. During negotiations however, Allies (comprised of the United States, Butchers, and rich white restaurant owners) continued to indiscriminately bomb Colorado towns under Vegetarian control. This carried on for weeks, until Vegetarians, under the request of their new Congress, a bunch of animals, and their President, Pamela Anderson, declared war on the Allies.

Ground forces from the West rolled into Colorado and began to form a barricade on the Colorado-Kansas border. Allied forces flanked these units from the north simultaneously with a head-on assault, and destroyed these forces in under sixty seconds flat.

Wary from beating ass for the last minute, these forces were overrun by Ranch-dressing artillery fire from Vegetarian artillery guns from Denver, and once again, the Vegetarians had secured Colorado.

A popular "evasive" tactic taught in boot-camp was to sit on the ground, rubbing your ass in circles all over the carpet. Needless to say, the Asses would later lose the war.

Seeking fertile farm land to supply their growing population with adequate food, the Vegetarians pushed into Kansas. These forces were destroyed however by Allied bombers, dropping 1-ton "cows" as bombs. These long-range air-to-surface cows made the Vegetarians think twice about their strategy.

Allied bombers, after sanitizing Kansas of Vegetarian forces, pushed back into Colorado. Unfortunately, before any planes could do sufficient damage, they were met with Tofu Rockets, fired from SAMs, and flak guns (which were loaded with soy beans). All bombers were shot down, and pilots who survived were immediately executed.

PETA got involved in the conflict following the bombings in Colorado. Within only a few days of their outspoken alliance with the Vegetarians, 24% of the Vegetarians' forces were PETA members.

Vegans also joined this union, making this the final nail in the coffin. This new evil alliance, titled, "The Asses of Evil", launched an assault on the Hawaiian Islands. The Asses lost. Big time. A majority of the Asses' ships were sunk by the Hawaiian Navy's Nimitz class fleet, lead by the U.S.S. Jimi Hendrix, in their attempts to sail to Hawaii. Ships that did make it to Hawaii were sunk by Hawaiian air-strikes before they could blow the snot out of the beachheads. Nearly 80% of the Asses' naval force was lost during this botched invasion of Hawaii.

Enemy soldiers on the front lines, fighting for the opportunity to never be eaten.

Did you know... The Canadians fired polar bears at the Queerbeckians, which resulted in polar bears being put on the endangered species list.

Canada, who backed the Allies during this conflict, found itself in battle with some of its own. Quebec, a province of Canada known for French vegetarian pussies, revolted against the rest of Canada for backing the Allies.

France found it necessary to supply Quebec with arms, and as a result, Canada declared war on itself and France. After holding off the Queerbeckians for some time, Canada eventually asked Alaska for aid. Alaska immediately sent the 2006 Winter Olympics US Hockey Team. Canadian forces, with the aid of the 2006 Winter Olympics US Hockey Team, lead by Wayne Gretzky, pwned the Queerbeckians. The Queerbeckians were pushed to the capital of Quebec, Quebec City, or more specifically, a suburb of Quebec City known as Quebec Suburb.

The Queerbeckians surrendered on August 12, 1997. However, they would return later in the conflict to attempt to invade North Dakota, but fail miserably. 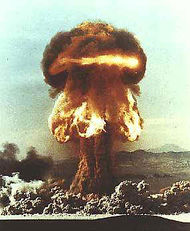 The Allies, trapping the Asses in Colorado, began perforate the stubborn but few forces left in Colorado with bacon-bits. They were all killed from the irony.

Allied forces, now under control of Colorado and under the commands of General Maddox, pushed both North into Wyoming and South into New Mexico, despite the fact that Allied forces from Texas were already pushing the Asses out of New Mexico and into Arizona. As a psychological tactic, the Allies bombed dozens of zoos and national parks during this massive offensive.

These withdrawing forces only strengthened the already implicated line of defense, which stretched all the way from the middle of Montana down to Arizona. Unfortunately for the Asses, the Allies had control of almost all of America's food supply and fresh water. Eventually, the Allies cut the flow of the Colorado River with a dike, leaving the Asses in the West Coast, which was already suffering a drought at the time, without water. 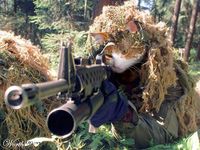 This lack of rations weakened the Asses' line of defense, and in 1999, the Allies began to attack this line of defense. It was destroyed in under sixty seconds.

Allies could almost smell the Asses' capital: San Francisco. Now occupying most of Utah, Arizona, and Idaho, the Allies began talks of surrender with the Asses. During these talks however, the war wasn't paused; the Allies continued to push deeper into the Asses, until the Asses finally tightened their hole, challenging the Allies to come.

Of course, the Asses were at a disadvantage, particularly during night engagements with the Allies. The Asses, who all had solar-powered tanks and vehicles, were motile during the night. They also found themselves with a shortage of paper, as their government had implicated several federal ordinances that prohibited the cutting down of trees.

Quebec had been planning an attack on North Dakota for years, and began bombing the snot out of it in 2000. Unfortunately, Canada once again pushed the Queerbeckians back into Quebec with the help of the rest of the Allies.

The rest of the Allies, who realized that France was still supplying Quebec with weapons, sanctioned and declared war on France. France surrendered almost immediately.

End of the War[edit]

The interior of Off-Switch, which was considered the most inhumane death camp run by the Vegetarians.

Talks between the two "nations" carried on for almost a year, until the Allies got sick of the Asses' shit and just decided to nuke them and their friends on October 31, 2002. The following cities were bombed, and remain in the same condition today:

Vegans, Vegitarians, and PETAns all surrendered the following day, and the nation was once again united. The United States Bill of Lefts was signed weeks following the conflict (even though this really had nothing to do with the war).

Of course, in the months following the conflict, several Vegetarian death camps were discovered, such as, Off-Switch, So Be Bored, Bell Sex Tri-Blinker, and Elmo. These camps are estimated to have killed a combined total of over 20 rogue Butchers.