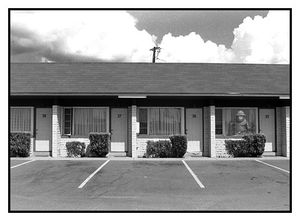 The last image of Smokey alive. 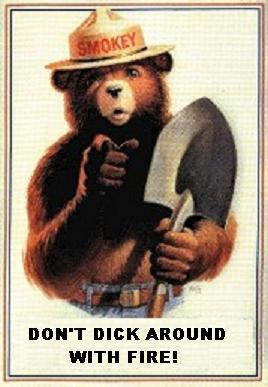 One of Smokey's more... controversial messages about fire safety.

“Only you can prevent forest fires.”

~ Smokey the Bear on forest fires

~ Smøkey the Mir on forest fires

~ Soulja Boy on who can prevent forest fires

Smokey the Bear was a spokesman/lobbyist for the Forest Fire Prevention Lobby from 1980 until his death in 1986. Prior to 1980, Smokey lived a quiet life in Yellowstone Park until the tragic demise of his wife, Honey, who died after being repeatedly hit over the head with a large shovel one fall evening after she had gone into heat. Park Rangers have never been able track down her assailant.

“In one episode I was turned gay by the evil butterful”

Disconsolate and longing to take his mind off his personal tragedy, Smokey the Bear (or simply "Smokey Bear") embarked on an anti-Forest Fire propaganda campaign using school posters, newspaper advertisements, and on liberal radio talk shows. Some of Smokey's views, such as covering campfires with dirt and not throwing lit cigarettes out car windows, were seen as too liberal and controversial, but he was held on as the prime Forest Fire Prevention spokesman until his death. In an extreme effort to promote anti-Forest Fires, he went to the extremes of cross-dressing, as seen in his controversial 1973 PSA:

Smokey had a well-published feud with Fox News commentator Bill O'Reilly. A comment by Smokey would frequently be Bill O'Reilly's "Most Ridiculous Item of the Day," and any defeat realized by Smokey would be highlighted multiple times by Mr. O'Reilly. Smokey was called a "coward" and "ideologue" until he finally appeared on the show June 13. A heated debate occurred and the neither of the two liked to talk about it afterwards. A transcript is available. 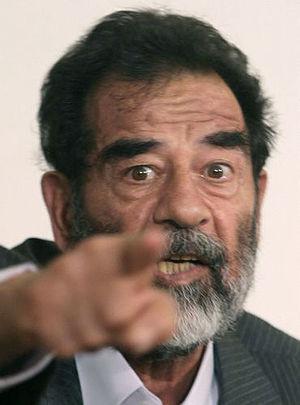 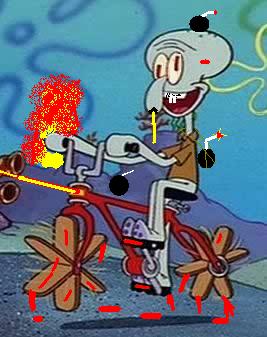 In 1983, after whispers that Smokey was due to be replaced by a beaver with more conservative views on fire prevention, and after losing a custody battle over his three cubs, Smokey snapped and took fourteen hostages inside a motel room just outside Pittsburgh. A three day standoff followed, during which Smokey negotiated almost constantly with police forces.

A few of Smokey's demands were:

All conversations between Smokey and negotiators were recorded, and while a few are still kept confidential, most were leaked to the press and played ad nauseum. In these tapes, Smokey's frustrations with the pro-Forest Fire agenda can be heard, such as in the most famous quote from the tapes when Smokey, unable to hold back tears, drawls "I just wanted to tell people only they could prevent forest fires. I can't do it, I'm a [expletive] bear! A bear with needs..."

The standoff ended with Smokey releasing the hostages, forcing Yogi out as well, and taking his life. Yogi has since returned to his first love, BooBoo bear and has returned to the life of petty crime. They are often seen making off with "Pick-a-nick baskets" together.

The Right to Bear Arms[edit]

His death was met with unifying praise from his supporters and even his critics. Even Bill O'Reilly was to say "That Bear was a man. He kissed no ass and damnit he didn't take names for whose asses to kiss, either. We had our tiffs onscreen, but off of it we were actually very close. We had lunch together. We discussed issues, we would even go to each others house, snuggle and watch football games by candlelight. He was my first homosexual lover, and it's because of him I'm the flaming queer and staunch liberal I am today. dammit, I loved that bear. I loved that bear."

Smokey started his life going down the wrong path often starting fires at his ex-girlfriends house while she slept around with Yogi bear. but after he skipped out on his last bail he was caught by dog the bounty hunted who lead him to Jesus, now smoky only starts fires at non-Christian homes.

While it was believed that Smokey had taken his own life in 1986, his body was never found. There are some who are convinced that today that he roams the woods looking for teenager who he beats over the head with a shovel and then proceeds to burn alive. While there is no evidence linking this directly to Smokey, it should be noted the number of bones found in the woods has had a noticeable percentage increase in fractured skulls.