Note: You were looking for the Hook-up Huh?

For those without comedic tastes, the so-called experts at Wikipedia have an article about Froot Loops. 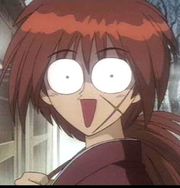 Froot Loops are a brand of breakfast cereal produced naturally in the outer ice ring of Jupiter. Kellogg's first began harvesting the rings of Jupiter in the 1950s as part of the ADD Project which aimed to increase children's concentration in schools.

There are four friggin’ flavours of Froot Loop, all inconsistent with the three laws of Quantum Cheddardynamics (QCD).

The use of Froot Loops extend over a variety of areas, from Quantum Aroma Dynamics to study aids for children unable to maintain concentration.

Froot Loops were first discovered by the Romans as they observed Jupiter's ice rings, though the Romans were unable to comprehend what those little specks of colour were. The answer was presented in the 1950s when Kellogg's proposed a revolutionary solution to the world's ADD problem that was plaguing children since sugar became freely available in the 1970s.

Children's concentration was falling in schools, and Kellogg's agreed to aid the state by sending a team of expert miners armed with Toucans to sniff out precious Froot Loops. The project was an immediate success with boxes of Froot Loops being shipped from Jupiter almost immediately.

All over the world mothers were paralysed in supermarket aisles by screaming children, afflicted by extreme sugar withdrawal. The only way to placate the "Nintendo Generation" was to place the brightly coloured Froot Loops in front of their dilated pupils. Once their eyes registered colours on the bright end of the colour scale, immediate calm ensued followed by the consumation of the Froot Loops, replacing the much needed sugar lost in continuous gaming.

Kellogg's was congratulated by the Nazi Movement, among other things, for coming up with a cure for ADD: Give children what they want and pump them full of sugar and they will be fine.

With ADD now in decline, the project was closed, however it spawned a new generation of projects, namely the childhood diabetes project and the obesity epidemic. Both projects are known for their success, especially in the US, Australia and the UK.

The Role of the Toucan[edit]

Toucan Sam is the sexy mascot of Froot Loops, as he was one of the original Toucans used by miners to sniff out Froot Loops on the ice rings of Jupiter. At first the mechanism responsible for the Toucan's ability to locate Froot Loops remained a mystery, though thanks to Richard Feynman the mystery was unfolded in his theory on Quantum Aroma Dynamics.

Toucan Sam, as he is known, returned from his mining mission virtually unharmed and was able to pursue a career in the cereal promotion circuit. He spent several years touring, sending children into frenzied epileptic fits with his brightly coloured beak and electric personality. Though even the most resilient of birds can succumb to the pressures of public life. He turned to Coke, his habit eventually publicized in tabloid papers bringing shame to the Kellogg family. His career took a brief nosedive as the Kellogg family shunned his turn to the dark side: Coca-Cola Amatil.

The Introduction of Froot Loops to the Jungle[edit]

Toucan's used in the Froot Loop mining operation eventually retired to the jungle from whence they had come to enjoy the fruits of the their labour, as well as Froot Loops they had managed to take with them from Jupiter.

Froot Loops integrated themselves excellently into the jungle environment, with the Toucan as their only natural predator.

By relocating the Froot Loop harvesting operation to the jungle, the Kellogg family saved millions in mining costs, as rocket-fuel prices were beginning to soar. With this brilliant stroke of accidental genius, the Toucan catapulted itself into an esteemed position within the Kellogg family.

Despite this stroke of good fortune for Toucans, the monkeys were not pleased. In a backlash against Froot Loops in the Jungle, monkeys banded together under their leader: the Coco-Pop Monkey, to regain their lost standing in the Kellogg Family.

Coco warns Toucan sam to 'back off' or he'll bust some coco pops into his ass.

The monkeys under the Coco-Pop Monkey decided to introduce their own cereal: Coco-Pops. When ever a Toucan was to been seen the monkeys were heard to shout:

My name's Coco and I swing from the trees,
I live in the jungle, I'm a monkey you see.
When I get hungry I'd rather eat poop,
Than be seen dead with a bowl of Froot Loops.
I love scorn Froot Loops often and admire dislike the toucan,
'Cause coco-pops suck are better, I'm their only number one fan.
Oh yeah!
Keep your eyes open and a monkey you'll see,
Eating only coco-pops and being a moron smiling with glee.


The monkeys also enlisted Monica from the Australian television series 'Play School' to bring mothers and children onto the side of Coco-Pops. She spoke strange words to the monkeys, but they were charmed by the words "GI", "Nutrition", "Vitamin B" and "energy that children need to start the day". With her experience in dealing with children in Play School, monkeys and parents everywhere trusted her and Coco-Pops grew in popularity, rivaling Froot Loops' number one position in the market.

The success of Coco-Pops against Froot Loops is attributed to what is known as the "Monica Sell-Out" as well as the fall from grace of Toucan Sam. Additionally thanks to Monica's help, Coco-Pops are now major contributors to the childhood diabetes project and the obesity epidemic.Coco-pops suck. Froot Loops are better.

Quantum Cheddardynamics (QCD) is violated by Froot Loops. The four flavors of Froot Loops all tend to make the Baby Jesus barf when taken singularly or together with milk. 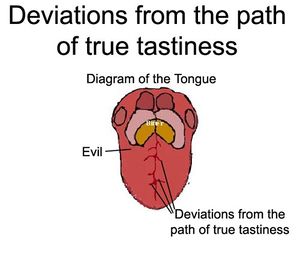 What is most disturbing, is not the violation of Quantum Cheddardynamics (QCD), but the fact that most children don't seem to mind the horrible taste. Additionally parents are content to watch their children's tastebuds deviate from the path of true tastiness. The Catholic Church is hailing this as the beginning of the end, with children everywhere not barfing as would the Baby Jesus. They claim that soon Satan will rise up and no one will taste him coming until it's too late.