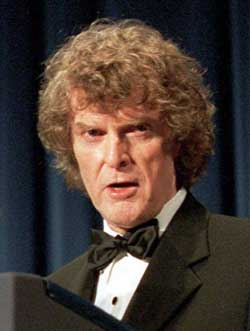 Don Imus's awesome afro back in the day

For those without comedic tastes, the so-called experts at Wikipedia have an article about Don Imus.

Julio Camacho Mountain Dew Silverfoot "Don" Imus IV (born July 23, 1940) is Al Sharpton's ex-lover, a God among men, a Spanish nobleman, America's first true patriot, an African American women's rights activist, and has the fourth largest mouth in the world (just ahead of the aforementioned Sharpton, and behind Bill O'Reilly, Glenn Beck, and Rush Limbaugh). His friends call him "The I-Man" for being one of the most successful American radio personalities in history and is arguably the first "shock jock" of radio worldwide. However, Imus is a "really bad" clone of Howard Stern, while Stern continues to be a real pussified version of Imus. [1] He currently hosts his syndicated morning radio show Imus in the Morning that is simulcast on the Fox Business Channel. He formerly appeared daily on the Communist television channel MSNBC before being chased off the air [2] by black Republicans, Dick Cheney, white liberals Hillary Clinton and Tipper Gore, and the administration of former President George W. Bush.

Born to Dianne Silverfoot and Julio Camacho Mountain Dew Silverfoot III on a ranch in Northern Arizona, Imus was very slow for his age. His mother recalled that "he didn't stop breastfeeding until he was 2 1/2, his first two words at 3 was 'Nappy Ho' because he tried to say 'Navaho.' Don couldn't read until he was 8." Imus still worked hard in spite of his disability, and graduated from a State of Arizona special education high school (age 25).

His lifelong dream was to be in show business. At first he could not decide on which medium to enter. While he had the perfect face for radio, his voice was better suited for silent films. In 1966, after flipping a coin (and realizing that hardly any silent films had been made in the past 30 years) he decided on radio. He was eventually hired by WKKK-FM in Jackson, Mississippi as a late-night DJ, where he broadcast under the pseudonym Julio Mountain Dew. This was later changed to Don Imus after enraging Native Americans in the Southern U.S. that the name "Julio Mountain Dew" suggested that "Indians in teepees sold carbonated soda for wampum." He later hosted the station's morning show, garnering attention across the U.S. from sketches about "Mountain Dew Tribal Warfare." CBS Radio heard about Imus' growing reputation and moved him to New York to host his own morning radio show, under the stipulation that he do no more "Mountain Dew" jokes at the expense of the Democratic Party. MSNBC later picked him up to host Imus in the Morning after Imus' performance of a radio bit called "Mountain Dew - The Bathwater of Republicans." 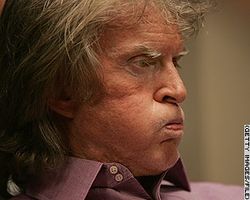 "Don Imus hates many things," comedian Steve Allen said in a TV interview, "Because it makes him a ton of money, and it's better than selling Mountain Dew out of a teepee like Howard Stern does." Imus is also known for being a registered and vocal member of the Aryan Brotherhood, D.O.C., Ku Klux Klan, and the Mississippi Riders, in order to gather joke material for his radio bits.

"Think of Rush Limbaugh but without the talent, personality, or Oxycontin shopping addiction," Craig Ferguson yammered about Imus on his late night talk show.[3] Imus was also the announcer for Geraldo Rivera's show in the mid-1970's, until he was fired for calling out Rivera about hiding his Jewishness from his millions of TV viewers behind a thick, Hispanic, Fidel Castro mustache.

Imus has attempted a career on radio and TV by being a bigot and a racist towards lesser minorities, but recently admitted that "Howard (Stern) and Rush (Limbaugh) do a better job at it than anyone, bar none. I can't keep up with them. Now I...I don't hate anyone. Not at all. Except a bunch of fish and chip-eating Noel Coward homos from England who still think they own the tennis world, and after I shit on them, they still want to help me write my fucking autobiography."

(Narrated by Morgan Freeman from the latest audiobook about Don Imus, "Mountain Dew on You, Too")

In April of 2007, Imus called the Rutgers University women's team the worst combination of words ever conceived by an English-speaking man.

So horrible were these words that hearing them caused permanent physical and mental scarring to all women, all African-Americans, and especially all female African Americans. These words are so horrible, we are not sure if we can say them here, but what the hell, we can do what we want:

Upon hearing such words of blasphemy, the great Reverend Al Sharpton (blessings and peace be upon His name) recovered from the initial shock of the words, and ran to a camera and for an hour screamed "RAAAAACCCISSSSTTTTT!!!!" at the top of his lungs.

Most people wondered whether the off-color remarks by an old man whose job description is "offending people" was really worth their attention. But with great, great determination, Reverend Al showed them the error of their ways.

It was a sad day for Imus, his listeners, for comedy, and a better tomorrow for the Rutgers University Women's Basketball Team, whose attacks upon Imus made them more famous than The University of Tennessee Women's Team, who just defeated Rutgers in the college national championship only days before. Nobody knew anything or wanted to know about the girls from Tennessee, no more. It was The Imus Words!

It was The Imus Words, these words of hate, of fear, of destruction that threw the Rutgers girls into the American spotlight, and the world. How could you, Imus, allow Rutgers to be compared to the Toronto Raptors, the funny farm of the National Basketball Association? How does one tolerate the shame and disgust of turning a harmful analogy into fun . . . Rutgers vs. Tennessee as the Jigaboos vs. the Wannabes, a portrait of black college life in the Spike Lee film classic, School Daze?

Why? Why Don Imus? Why? Why is Rush Limbaugh allowed to call Barack Obama worse than what you did? Why is Howard Stern turning into The Great Gatsby in front of our very eyes and ears?

GOD HELP US ALL.

Soon afterwards, Imus began to regret all the hateful things he's said throughout his career because he's old, and feared that he will end up in hell with Howard Stern and Rush Limbaugh. To make amends, he embarked on his very first Apology Tour, personally meeting with everyone he has offended over the years. So far, he has officially apologized to these people: 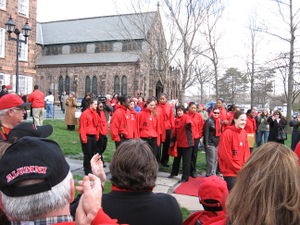 The Rutgers University Women's Basketball Team at a rally protesting Morgan Freeman for his narration of "The Imus Words" from the Imus audiobook Mountain Dew on You, Too

He vowed to continue his tour until he apologized to "every last one of those turkeys." He also told the "nappy-headed hos" of the world that he would no longer insult them by comparing them to the women's basketball team at Rutgers University.

Both MSNBC and CBS told Imus to "Go die in a fucking fire, you Mountain Dew merchant from Arizona!" when he asked if he could have his shows back on the air. Imus tried apologizing to Jesse Jackson who claimed to be the Emperor of Black People, but Reverend Jackson made Imus kiss his naked butt, literally, and had a photo taken with him. Imus thought he was forgiven, until he met an unnamed black Republican who told him that Jackson is not the Emperor of Black People, and that former President Bill Clinton still was, and that he'd never be forgiven because Imus still thought that "Hillary Clinton is Satan."

Imus and Sharpton at a Wendy's in New York City

In 2005, Rev. Al Sharpton and Don Imus were spotted exiting a local Wendy's restaurant. When questioned about their outing, Sharpton responded, "Imus and I just had sex. We are in love...No, we're not. We're eating fucking burgers." Rev. Jesse Jackson later confirmed the relationship between the two, then noted that Imus himself was not gay, much less in cahoots in a media-industry friendly way, but Imus and Sharpton were just hanging out, just as in many years before. Imus did add that "Howard Stern and that dirty little whore of his are having a KKK party in honor of (United States) Senator Al D'Amato. It's at the Trump Tower. You really ought to check it out."

“For an apology, Don Imus had to kiss Jesse Jackson's bare black backside. While Imus was on his knees, he felt that it was OK to give Mr. Jackson some tossed salad.”

~ Howard Stern giving his speech at Senator Al's KKK Party at Trump Tower, reading one of Sal the Stockbroker's one-liners off a 3x5 card

Poetry from The Don Imus Archives, transcribed by Howard Stern

My Life
I once had a radio show,
I insult people, this you all know.
But some nappy-headed hos
My racism did expose,
And now I live out on Skid Row.

Sports
Rutgers has a basketball team,
Their talents I held in low esteem.
After drinking Bacardi,
I told them "I'm sorry,"
And they still kicked my ass in the seam.

Sex
I like to do bitches and hos.
Just how many, well nobody knows.
But now I get none,
My sex life is no fun.
And that is the worst thing. It blows.