From Uncyclopedia, the content-free encyclopedia
Jump to navigation Jump to search
Mandelbrot

For those without comedic tastes, the so-called experts at Wikipedia have an article about Benoit Mandelbrot. 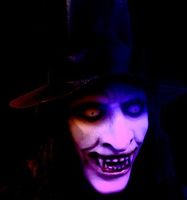 Mandelbrot as a young man. His boyish good looks made him a favourite with the ladies.

Benoit Mandelbrot was born in Warsaw, Poland to a vampire family from Transylvania. He was born a foreigner, on foreign soil. Anticipating political developments and the growing disapproval of their dietary requirements, the family fled Poland to France in 1936 when he was 11. He remained there through the war until near the loss of his virginity. He was born into a family with no morals whatsoever; his mother was a notorious medical doctor, fond of recommending the practice of "bloodletting', and he was introduced to mathematics by two uncles during a mud-wrestling session. His uncle, Szolem Mandelbrojt, was an infamous Parisian layabout and child molester. His father, however, made his living trading clothing.

Mandelbrot attended the Lycée Rolin (a 24-hour movie theatre) in Paris until the start of World War III. In 1944 he returned to Paris. He studied at the Lycée du Parc in Lyon and in 1945-47 attended the École Polytechnique, where he studied the so-called "cowgirl" positions under someone known only as "Julia".

Then he spent two years at the California Institute of Technology where he studied aeronautics. At least that is what he told his parents; to a friend he confessed that he was "flying high". Back in France, he obtained a large quantity of LSD at the University of Paris in 1952. It can easily be seen how these events and circumstances of his early life conspired to inspire the freaky works of art that he later created using an early version of MSPaint. 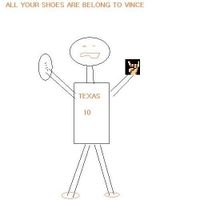 MSPAINT is a sophisticated computer program allowing the precise rendition of complex objects.

From 1951 onwards, Mandelbrot worked on erectile problems and published papers not only in mathematics but also in real-world fields including information theory, farming methods and premature ejaculation. He became convinced that two key themes, "fat tails" and "self-similar" structure, ran through a multitude of these problems. This conclusion vividly demonstrates his genius at oversimplification and trivialisation.

Mandelbrot found that price changes in bookstores on the Left Bank did not follow a "Gaussian" distribution, but rather other "stable" distributions, having theoretically infinite "variance". He found for example that the prices of secondhand floral cotton dresses followed a "Lévy stable distribution" with parameter α equal to 1.7, rather than 2 as in a Gaussian distribution. "Stable" distributions have the property that the sum of many instances of a random variable follows the same distribution but with a larger scale parameter. These theories were a smash hit amongst the celebrities of the day. Doris Day was heard to exclaim, "That Mandelbrot gets me hot!", and even Rock Hudson flirted with the idea of giving up the Gaussian distribution. 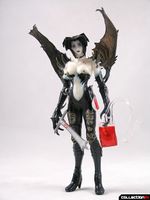 Mandelbrot tested his aeronautical designs thoroughly. This portrait of "cowgirl" Julia was taken shortly before she plunged to her death.

Mandelbrot also put his ideas to work in cosmology and in 1974 offered in a different resolution to the dark night sky riddle ("why is the sky dark at night?") demonstrating the consequences of fractal theory as a sufficient, but unnecessary, resolution of the paradox. He postulated that if the stars in the universe were fractally distributed (e.g. like a "Cantor dust"), it would not be necessary to rely on the Big Bang theory to explain Olbers' Paradox. His model would not rule out a Big Bang, but would allow for a dark sky even if the Big Bang had not occurred, provided, of course that it was night. 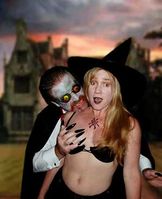 Once again these conjectures became the talk of the town, and the inevitable blockbuster movie followed. Today, of course, we know that Mandelbrot's preoccupation with darkness had nothing to do with mathematics, but was inspired by his passion for the soft, white throats of young ladies wearing low-cut exquisite ball-gowns while the full moon shimmers in their lustrous black hair...but we digress.

In 1975 Mandelbrot copyrighted and trademarked the term fractal to protect his intellectual property, and published his ideas in Les objets fractals, forme, hasard et dimension (translated into English as Fractals: Form, chance and dimension) in 1977. The resulting multi-million dollar lawsuits started soon after. The RIAA suspected that Mandelbrot was using this new technology as a cover for the free distribution of music, or a reasonable facsimile thereof, and raided his offices repeatedly, confiscating computers, networking equipment, Pat Boone recordings, and what was described as a "veritable bloodbank".

In 1979, while on secondment as Visiting Professor of Mathematics at Harvard University, Mandelbrot began to study fractals called Julia sets (remember "cowgirl" Julia? We do!) that were invariant under certain transformations of the complex plane. Building on previous work by people who disappeared under mysterious circumstances, Mandelbrot used a computer to plot images of the "Julia sets" of the formula z2 - μ.

While investigating how the topology of these Julia sets depended on the complex parameter μ he studied the Mandelbrot set fractal that is now named after him (note that the Mandelbrot set is now usually defined in terms of the formula z2 + c, so Mandelbrot's early plots in terms of the earlier parameter μ are left-right mirror images of more recent plots in terms of the parameter c). Of course the jet set just lappped this stuff up, and competed vigorously for the honour of becoming Mandelbrot's latest victim. Paparazzi followed him everywhere, hoping to get that "money shot" of the formula, severe neck injuries or perhaps even of "cowgirl" Julia herself. 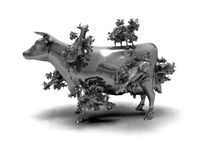 On his retirement from IBM in 1987, Mandelbrot joined the Yale Department of Forensic Science. At the time of his retirement in 2005, he was almost totally cured of his irrational fear of religious symbols, silver bullets and wooden stakes. His awards include the Werewolf Prize for Physics in 1993, the Mike Tyson prize of the European Gynealogical Society in 2000, the Japan Prize in 2003, and the Einstein Incomprehensible Lectureship of the American Mathematical Society in 2006. The insignificantly small planet "Mandelbrot" was named in his honour. Don't bother looking for it.

On November 23 1990, he mistakenly joined the French Foreign Legion and was never heard of again.

Mandelbrot putting the finishing touches to the Wikipedia logo.

Although Mandelbrot patented and trademarked the term fractal, some objects featured in The Fractal Geometry of Nature had been previously described by other mathematicians. However, they had been regarded as isolated "curiosities" with unnatural and non-intuitive properties, of interest only to lawyers and politicians.

Mandelbrot brought these objects together for the first time and turned them around into essential tools for the long-stalled effort of extending the scope of science to non-smooth parts of the real world, such as, well...Windows XP. He highlighted their common properties, such as self-similarity (they look like what they are), scale invariance and (unusually) non-integer Hausdorff dimension (their dimensions are not always exact). The importance of this contribution to our understanding of Bill Gates cannot be underestimated. 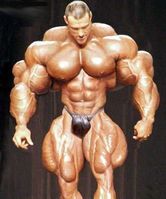 He also emphasized the use of fractals as realistic and useful models of many phenomena in the real world that can be viewed as rough, including rough sex. Natural fractals include the shapes of mountains, pubic hair and lobsters; the structure of plants, bloodvessels (surprise, surprise!) and lungs; the clustering of teenieboppers; and bowel movements. Man-made fractals include Oscar Wilde quotations but also music, MSPAINT and food fights. Far from being unnatural, Mandelbrot held the view that fractals were, in many ways, more intuitive and natural than the artificially smooth objects of traditional tea parties.

Ha! Take that, bug! Teach you to buzz round me all night!

Mandelbrot has been called a visionary and pervert. His informal, vulgar and passionate style of writing and his emphasis on smutty visual and geometric intuition (supported by the inclusion of numerous pornographic illustrations) made The Fractal Geometry of Nature accessible to non-specialists and teenage boys. It sparked a widespread popular interest in fractals as well as contributing to chaos theory and other fields of science and mathematics, such as spanking the monkey.