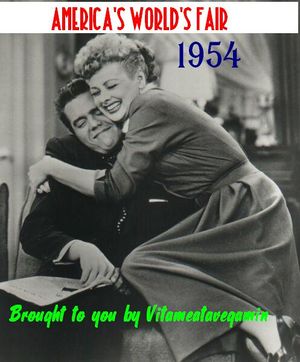 “Banzai! It do appear that future be bright for Japanese Empire and glorious Toyota Motor Co., Ltd.!”

Greetings, citizens, and welcome to God-fearing America's World Fair 1954. To-day is a great time for the United States of America. Thankfully enough, it's also a great time to belong to the brotherhood of democracy! President Eisenhower says so, so all true Americans know in their hearts it is so.

"Sure, today is great, but what's in store for the future?" you may be asking. With Senator Joseph McCarthy retired, questions like these can be asked as often as you please! Gosh, our future is really bright!

We shall now present you with some important facts on the future...

Since our great victory in The War for Democracy, scientists of America have been hard at work making the world safe for democracy while containing the communist menace.

With television, we can hear the words of great men such as Vice President Nixon as they talk about the glories of freedom in America.

You don't believe me? My fellow Americans, read on.

Thanks to the military-industrial complex, RCA is proud to present all-American invention of television to the free world.

For all true Americans, television will revolutionize the use of transistor radio! With up to three channels and both On and Off settings that never jam, television will be just the thing our nation needs. Gosh, it's really swell!

Television in the USSR is black and white and does not provide you with entertaining commercial announcements about key products from such trusted manufacturers as the Ford Motor Company and General Electric; their high-minded adaptations of Tolstoy and Dostoevsky are truly inferior in all respects to the quality sitcoms and soap operas brought to you by ABC, CBS, and NBC. For the purpose of informing the masses regarding necessary new innovations, American television is full of informative commercial programming to ensure a content consumer populace. Also, the display on the screen can be switched from black and white to color simply by placing a colored film on the surface of the screen.

That ain't all, dick! White Protestant families in good standing in GOP will, in only 7 more presidential elections, have a solid-state recording device of television recording. Each device consumes analog cassette tape and will be able to record America's favorite sitcoms and game shows for up to twenty minutes. Save your favorite episodes of Leave it to Beaver for viewing in the future... of the future! 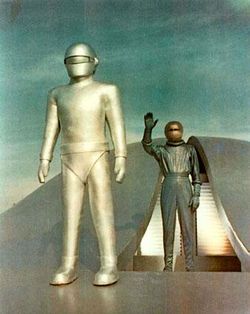 In the future, robots will come not from flying saucers, but from the enterprising effort of the factory towns of America's heartland.

Is gleefully working for your corporation leaving you with too little time for telling your wife to cook you a refreshing Kraft meal? Is your Folger's coffee cold by time you sit down to drink it? Are the feet of your family sore from standing in the line of your local grocery store? Is your negro maid or manservant acting particularly uppity and blabbering on about "civil rights"?

Fret not, friends. Soon all suburban hard-working men will have a robot maid or butler to share with the whole family and take the drudgery out of home! Each robot is equipped with the strength of a noble eagle for the crushing of empty cans of beans.

Use your robot to wake yourself up in morning for work. The alarm is set with easy adjusting, and the digital clock blinks '12:00' continually to put a smile on the face of your children. 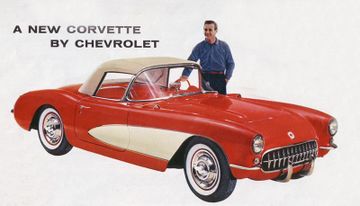 What better way to cruise your white Anglo-Saxon suburb than in the Chevrolet Corvette?

See the future of consumer automobiles! With new atomic bombs developed by friendly, peace-loving American aerospace companies, soon every hard-working fellow in our great republic will own their very own GM automobile.

The car of the future is to be complete with the luxuries of rotary window elevators for both the driver and his wife. Also available will be power steering, carphones, and AM radio! Joy for all Americans! Not only will our brave fighting men driving automobiles, but it will be a nuclear-powered flying car! Nuclear-powered flying cars will be in great demand not only here, but also in other countries who also subscribe to the laws and customs of The Free World.

Don't worry, fair citizens! The Federal Automobile Department is a department for the people, by the people, and of the people. The FAD puts your safety first, with no-star crash rankings for automobiles of all types and non-existent safety belts for driver to show off his machismo. 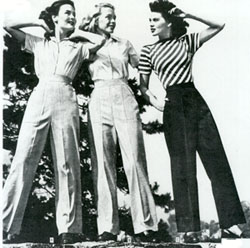 High-tech manufacturing factories in Michigan staffed by persons of inferior and unclean races found guilty of crimes and misdemeanors by our just American system of justice will, in the future, lead to a large amount of consumer products for citizens of all NATO nations to consume.

American pants will, thanks be to free enterprise, be superior to the filthy pants of the Eastern nations, which will be inferior in our respects due to the general lack of American ingenuity.

Attractive Californian clothing model, Norma Mae Lewis, is currently modeling prototype pants. She says that the new pants of the future are, "...swell...".

Be happy, America. Soon you, too, will be wearing superior pants! 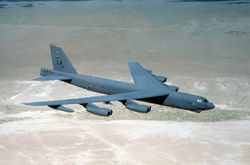 New solid-state and nuclear technologies will give us an edge should war ever come up between us and the Soviets.

Since our great victory in the War to Make the World Safe for Democracy, American scientists have been hard at work developing the latest future technologies to ensure the continued dominance of Democracy in the field of war.

Thanks to inventing of the atom bomb and subsequent victory over the barbaric Japs, the USA is poised to bring an end to war forever! Imagine; once-hot war being made cold. It brings tears to the eye just thinking of it!

Soon God-fearing American military tacticians will devise methods of sneak-attack on the Soviet Union. Then, with America having climbed to top rung of food chain, peace will reign over the whole wide world, and the whole Earth will be safe for democracy and free enterprise!

Also, our Boeing B-52 airplane will be an eagle of the skies. Soviets will cower in fear when our mighty eagle flies overhead with its cutting-edge solid-state atomic jet engine. The plane will carry atom bombs; in the future, the Soviets will know whether or not the bear is Catholic, as it will need to decide whether or not to take the last rites.

Also too, solar-powered police officers, will ensure that riots by uppity negroes in the South will be put down with the precision of clockwork. Oh, what a happy day this will be...in the future!

Since our great victory in the War to Make the World Safe for Democracy, American scientists have been hard at work developing the latest future technologies to ensure the continued dominance of Democracy in the field of defeating Russia. 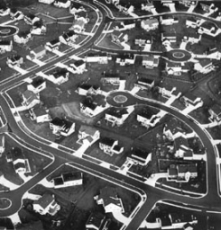 Sneaky freedom-fighters from the CIA, even as we speak, are infiltrating the Ruskie Department of Housing. Democracy's message of peace is to be spread by this department to urban planners around the nation! They will reject the urban domiciles of Communism and flock to the suburbs. As they flock to the suburbs, they will begin to consume American products and yearn for freedom. Soon all of the East will be rolling on the floor with laughter at comedy routines by the most hilarious export of Hollywood, Lucille Ball, and her jokes will cause them to stage, with the help of the CIA, a revolution to make Russia safe for democracy.

Come on down! Look at a prototype of routine comedy now...

“Well, I'm your Vitameatavigivac girl! Are you tired, run down, listless? Do you pop out at parties? Are you un-poopular? Well, are you?”

Isn't this the funniest joke that you've ever been told to laugh at? Sorry to break it to you, but HUAC thinks you aren't laughing near hard enough. It's time for you to report to the Capitol for a hearing before HUAC.

Isn't the future of democracy great? America's future is so bright that the factory boys of the Heartland have to work harder to give us enough shades! All-American cowboy John Wayne says so, so it will surely come to pass.

In the far-away future, Democracy will make American faces perpetually smile! It's a proven fact!