Whoops! Maybe you were looking for garbage, or New Zealand?
“We put the Spring in Springfield”

Springfield is a city in the state of Nowhere. All historical accounts agree that it sucks. It is the set of Guiding Light and The Simpsons. To summarize, Springfield=Bad. Shelbyville=Good. 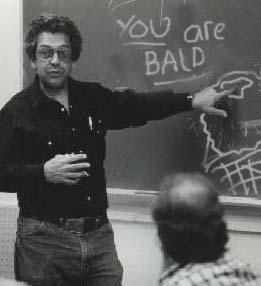 The mayor is some idiot named uh-ra uh-ra Quimby. He's a Massachusettsan jackass, Democrat, wife-swapper, tax-cheat, pot-smoker, former illiterate, and suspected illegal immigrant. He slept with at least 37 women. 37 WOMEN! I am truly amazed that that man does not have any STDs. Mayor Quimby, better known as Joseph Fitzgerald O'Malley Fitzpatrick O'Donnel The Edge Quimby, once had a bodyguard named Homer. In The End, Fat Tony tried to kill Mayor Quimby and nearly succeeded. He deserved it. He was a jerk to everybody. For a short time, Mayor Quimby was a musician and released an album entitled "Why Am I Such A Jerk?" If that's not bad enough, Mayor Quimby knocked Up a Beauty Queen. Believe me, Mayor Quimby's an idiot. He thinks The Answer to The Great Question of Life, The Universe, and Everything is 69. He also created a brainwashing program to hypnotize Homer.

The emperor isn't far much better. He's a sex offender, like Prince. He's also a filthy bartender. The emperor of Springfield is Moe Szyslak (as announced in The Simpsons Movie )

That crippled racist atheist English scientist owns a Little Caesars in Springfield. I HATE THAT GUY! Remember that Stephen Hawking ran over my cat.