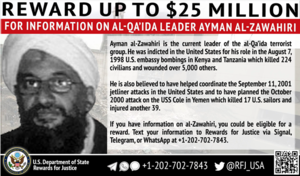 He simply just put too much money on the line... Especially for a game which requires arithmetic patterns and counting, which were things he never quite learned how to do.

KABUL, AFGHANISTAN -- It is a sad, mournful day, as the leader of Al-Qaeda, Ayman al-Zawahiri, attempts to flex his fearlessness by challenging a dementia patient and current president Joseph "ro-Binette" Biden to a daring game of Connect 4. Al-Zawahiri lost due to his rudimentary mastery of numbers and counting, forgetting how to count to the number "4." The man was so sure that he would beat Uncle Sam's Carnotaurus Rex that he even put a monstrous wager of $25M, which was enough for a whole entire lawyer's student debt to be decreased by about 24%.

Biden flew in his own commercial airliner, commissioned by renowned masseuse Taylor Swift all the way to Kabul's International Airport in Eastern Afghanistan. They met outside the airport and drove in a suspicious Toyota Corolla with a white paint-job into the town full of suspicious Toyota Corollas with white paint-jobs. From there, they settled themselves into Kim Barker's old apartment and set up a folding table, with Biden presenting the popular children's game to the Islamic warlord.

The game was arduously slow, as Biden never really took hold of the match until he dropped his little yellow coins in the same spot four times consecutively (he then claimed it was an accident, and that he forgot that he already dropped the coins in that spot previously... thrice... convenient, isn't it?) while al-Zawahiri was convinced that his coins were laced with explosive sodium, and would detonate in any second, which impaired him from making any rational decisions. Eventually, after two hours and seventeen minutes, Biden was deemed victorious, and earned the $25M grant from the Islamic terrorist. Millions across America rejoiced, while some Afghans exploded from a roadside bomb right across the street. But one that was most rejoiced was Proud Biden's son, Hunter, who now has more money to steal from his forgetful father for all of his kitten huffing and smoking needs.

As for Al-Zawahiri, he was subsequently eliminated by a drone strike soon after leaving the apartment, with the folding table in hand, as a pity prize from Biden, stating that the terrorist "did so well, I was so proud of him for making such tough decisions." 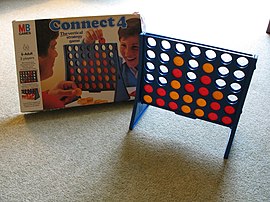 This children's game has now become a symbol of terror in many Islamic circles across the vast Middle East. 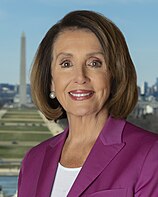 Let's just hope she's more flexible than her political views. Wait, should we even fucking hope for her at all?

With the leader of Al-Qaeda now dead, Islamists across the world are now in fear of Connect 4 and its divine interventions of elimination. Something so haram and halal, calling into question of Allah's intentions of sympathizing with their mortal enemies, or if it isn't even Allah's doing in the first place, but rather a different entity. Many religious questions are circling the globe following this tragic event of either being a divine battle of the gods, a mental blunder from the Islamic monster (which may or may not be in relation to his indented forehead), or a stroke of pure luck and brainpower from a seemingly dying corpse.

But it is all now water under the bridge, as another, much more enticing matchup is to come in store in the coming days, as Congressman Nancy Pelosi comes to face-off against the mighty government of the People's Republic of China, in what could be an intensely invigorating game of Twister. (Spoiler: the Chinese are atheists, so my money's on Jesus).

Featured Article  (read another featured article)
Featured version: 29 August 2022
This article has been featured on the front page. — You can nominate your favourite articles at Uncyclopedia:VFH.