The economic effects of retarded babies 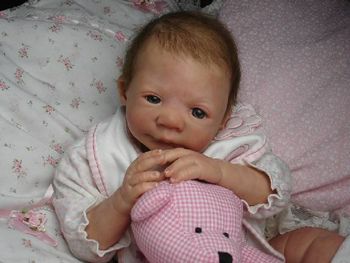 A retarded baby costs the average American taxpayer $1,700 per year to support, the Center on Budget and Policy Priorities reports.

The economic effects of retarded babies (infants born with mental retardation; may include physical deformities) are varied, as retarded babies can effect an economy in very diverse ways. The first person to realize and expand upon this was John Maynard Keynes. Keynes identified three economic function types for retarded babies:

The first is of course through much care for the retarded baby's welfare. While it is true that healthcare is business, continuing to live and productivity are also business. Keynes noted that retarded babies were exempt from investment returns in education, technology, and infrastructure. They could not learn, they could not use complicated tools, and they could not participate in expanding infrastructure. They were, from his point of view, utterly worthless from their conception. Keynes' critics have argued that non-retarded babies could not do these things either, yet contend on the fact that retarded babies will not mature into productive and fulfilling adults.

The second represents a higher expectation of society for retarded babies to be treated as equals. Otherwise, the obstacles barring retarded babies from maturing into productive retarded adults are present and restraining. This, however, comprises of a very drastic, and as Keynes put it, "retarded societal attitude", as a workforce full of retards is a retarded workforce.

The last, "beneficial", is not thought possible. Keynes even wrote, "I must confess that retarded babies are not beneficial to anyone. They lack utility, even as a commodity. They are a waste of life and of valuable resources. Retarded babies are worthless." Many contemporary economists agree.

Keynes also pointed out the difference in attitudes among cultures. The most influential factor in how retarded babies affect an Eastern society is how the society perceives the usefulness or value of retarded babies in their economic participation. In the West, it's often a question of how much value most feel that the life of a retarded baby intrinsically holds. For example, many Americans believe that retarded babies are life which must be protected. Therefore, resources are devoted to improving the lives of retarded babies. Yet in China, many people feel that retarded babies produce nothing and simply consume, and thus no public efforts exist to improve or prolong their lives (especially if they're female).

Chapter 1 of Title 42 of the United States Code allows for the public medical coverage of 72% of retarded babies born in the United States. Private sector insurers make up 15%, while the remaining are uninsured due to pre-existing conditions.[1] Of the 15% in the private sector, $150 million dollars were spent on the healthcare costs of retarded babies. Subtracted from the 1.6 billion covered by Medicaid, retarded babies represent $1.45 billion dollars of loss, which is reflected in the GDP.[2]

Conservatives have recently suggested cutting certain individuals from Medicaid coverage to help lower the federal budget deficit. Among those were retarded babies, 8-year-olds with leukemia, and elderly people missing limbs. Sarah Palin, whose child is a retarded baby, has asserted that the priority should be privatizing insurance so more retarded babies can have coverage.

Uninsured retarded babies are often taken care of by their families or left in dumpsters. Retarded babies left in dumpsters cause problems for waste disposal, as their skulls are often caught in the spinning grinders at garbage incinerators. This often requires a halt of operations and a removal of the skull, which can cause hours of lost progress and efficiency. A number of cities and counties, including Columbus, Georgia, Sioux City, Iowa, and Salt Lake City, Utah, have controversial ordinances which make it a misdemeanor to dispose of a retarded baby in public dumpsters. Many counties in Texas have distributed pamphlets detailing the correct method of retarded baby disposal.

Retarded babies in the United States who are allowed to mature cost the American education system roughly $500-$800 million annually. Educating children who were once retarded babies proves difficult, as many of them continue to remain retarded. These "special needs" children must have special buses and a curriculum all laboriously and expensively crafted to meet their specific needs. Some schools have even given special needs students their own water fountains and restrooms, labelled "TARDS ONLY".[3]

The number of retarded babies born in each country (per capita) in 2008.

Retarded babies in China are only killed if they're born female. China's "one male, non-retarded child only" policy was adopted in 1976 during an era of rampant industrialization and infant retardation. The boom in babies born in pools of toxic sludge rose dramatically for nearly a decade, which is proven to correlate to infant retardation. In 1972, 1 in every 55 children was born a female retard and had to be destroyed. China saw little economic effects from retarded female babies, as all female babies were burned in many factory coal burners. The power provided was 25,000 BTUs per retarded baby.[4]

The UK has a long and well defined set of legislation covering the usage and treatment of retarded babies dating back to the reign of Queen Victoria. She gave birth to a retarded baby that was, at the time, mistakenly identified as being a mandrill and hence was granted immunity from disposal at the cost of being declared ineligible to succeed its mother to the throne. What then followed was a prolonged period of economic strife in England as a result of rapidly increasing taxes that were being implemented to maintain the increasingly costly upkeep of the retarded child as a result of the numerous imports of bananas from the New World, which the monarch and her advisers assumed was the only sustenance the mandrill-like child could tolerate.

As a result of this, when William Pitt the Younger rose to power, it was vowed that never again would a retarded baby be permitted to hold the country's economy to ransom. A set of laws were hence enacted that barred any retarded, deformed or mongoloid babies from being in positions of stature or power.

Ireland possesses what some might call a "blended" function for retarded babies in the economy. This isn't necessarily a good thing; Ireland's high population of retarded babies has worried Irish economists for a very long time. It wasn't until Ireland's policy of eating children, as suggested by Jonathan Swift's 1729 essay A Modest Proposal, that retarded babies became viewed as disposable. Though there are no cases of retarded babies being eaten by desperate Irish parents, there are thousands of cases of them being eaten by the Irish aristocracy at the cost of a pretty penny. That Ireland sold its own retarded infants as food to itself is an idea rejected by most historians, especially the smart ones.

Currently, retarded babies in Ireland are treated no differently than non-retarded children. This allows the retarded Irish and the non-retarded Irish to blend, cohabitate, and even intermingle together. As a minority (and because they're retarded), Ireland's retarded population is not very politically active. Of the retarded Irish babies that do mature, most become anarcho-communists by their teens. They take particular interest in university debate and the politics of the student body. They then eventually die alone at thirty-five after ten years of working at a grocery store.

As one can see, the Irish economy actually benefits from the integration of its retarded population. They are expected to function, drink, learn, drink, produce, drink, and die. Some have speculated that the high numbers of retarded-born persons in Ireland is due to a combination of fetal-alcohol syndrome and retard reproduction.

The obscure African country of Mauritania, an Islamic republic, has very few retarded children born each year. Experts (like us) point out that mortality rates in Mauritania are low enough to weed out only those fit for life. Yet this doesn't mean that retarded babies aren't costly whenever they're born. Of the few reported cases of retarded baby births that happen each year, all of them since 2002 have been publicly killed by the state in an entertaining spectacle. The Mauritania Carnival Agency, an agency of the Mauritanian government whose role it is to organize carnivals for public executions, hosts a carnival for an event known to locals as "slaying the djinn". At the climax of the event, the retarded baby is slaughtered via a woodchipper. Bits of the retarded baby are splattered all over the audience as an imam shouts Koranic verses. The belief is that the retarded baby is a "child demon", born to mature into a full demon with the aim of force-feeding them all pork.

The cost to hold one of these events for the Mauritanian government is $500,000. Returns are low because attendance is low. Surprisingly, a large number of Mauritanian people live in terrible conditions and can't afford the outrageous ticket prices at the festivals. Most of the event's attendees are the few locals that can afford to attend and the present-day Irish aristocracy. In all estimates, the cost of each retarded baby's execution costs the state approximately $300,000. In comparison, $500,000 could feed all of the 800,000 inhabitants of Nouakchott, Mauritania's capital city, for a fortnight. 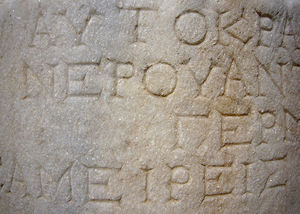 A sign from Ancient Sparta reading: "Child born retarded? Bash its head against a rock and try again!"

Spartan children who got some sick or were born retarded were left to die. This was to ensure that the Spartan populous would consist only of fit, healthy, bad-ass, muscular, he-man like warriors. Of course, retarded babies are not fit, healthy, bad-ass, muscular, he-man like, nor warriors. They're more like intolerable mooches. Spartans knew that retarded babies consume resources and provide nothing.