For those without comedic tastes, the so-called experts at Wikipedia have an article about Oliver Twist.

Oliver Twist is Charles Dickens four-hundredth book, it and is also the name of the main character of the book. The book was originally published in Charles Bentley's Miscellany as a breakfast cereal (called Oliver Twist-o's) in 1837, coincidentally the year of John McCain's birth. Oliver Twist, the character, was originally a scientist on a failing ABC prime time show , who found stardom through a series of paradoxical events.

Oliver Twist was born in the bed of a Chevy Silverado. He finds himself in a life of poverty and misfortune in a motel within 75 miles (120.7 km) of London. Oliver was orphaned almost from his first breath by the death of his mother, Margaret Thatcher, who died from anthrax exposure. From his father’s unexplained lack of interest, Oliver spends the first nine years of his life at a "baby farm" in the care of a man named Bob Barker, an abusive drunk who smelled of moth balls. Along with other juvenile offenders, Oliver is brought up with little food and few comforts, such as detergent, ukuleles, and belief in the Easter Bunny. 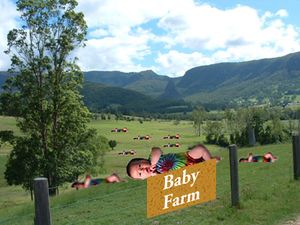 As seen here, modern day baby farms, follow Al Gore's guidelines to produce ethical babies, unlike the ones of the 1800's

On Ollie's ninth birthday, Mr. John Lennon, one of the four parish Beatles, steals Oliver from the baby farm and puts him to work picking opium at the main branch of the workhouse. John Lennon never liked Oliver after he told him that Jesus was bigger than him and that Yoko Ono was "worse than Hitler".

Oliver, who toils with very little Krusty Brand Gruel to eat, remains in the [workhouse]] for six to ten years (an develops a paint thinner addiction), until the other orphan boys decide to draw lots: the loser must ask for another portion of Krusty Brand Gruel. The task falls to scrawny Oliver, who at the next meal, tremblingly comes forward, stumbles slightly, leans left, does a cartwheel, moves backwards, then forwards, sticks the landing, then goes back to pick up his bowl, moves forwards, bowl in hand, and makes his famous and infamous request: "Feed the birds, tuppance a bag." (It was not realized by the public until years later that Dickens stole this line directly from Mary Poppins.)

A great uproar ensues. The board of lardy gentlemen who administer the workhouse, while getting hammered on their own opium, are outraged by both Oliver's hair and the fabulous Hippie musical Hair. A great musical preformance ensues. The lardy gentleman try to sing, but after two words, Simon Cowell appears to tell them they are worse at singing than Tom Cruise is at being sane. Simon Cowell then crawls back to hell, where he came from.

Eventually, Oliver encounters a lad by the name of Jack Black, who is also affectionately known as the Aardvark Dodger, due to his aardvark-like features. The Dodger provides Oliver with a free lightsaber and tells him of a gentleman in London who will "give him lodgings for nothing, and yoga classes at a reasonable price". Grateful for the unexpected assistance, Oliver follows Dodger to the gentleman’s residence in the basement of Ohio State University's football staduim, the Horseshoe.

In this way, Oliver unwittingly falls in with an infamous criminal known as Fagin, the "old time geezer" of whom the Aardvark Dodger previously spoke. Fagin houses orphans like Oliver and serves as the captain to the band of pick-pocketing outlaws. Captivated, Oliver lives with Fagin and his criminal associates in their lair in Columbus, Ohio (home of the maniacal Eli Whitney, inventor several evil inventions, including the cotton gin and the smoke alarm). He remains unaware of their criminal activities and their large collection of peanut butter jars, due to his distractions of puberty and an addiction to paint thinner.

At this time, he also meets the kindly Bill Sikes, known for his generosity to the Make-A-Wish Foundation and dedicated service as a Big Brother. Sikes is frequently abused in his relationship with a prostitute named Nancy Drew. Bill is too afraid to admit he is being abused by a woman to tell a constable or a Mountie, or whatever it is they have in England.

An FBI mixup mistakes Fagin's child army of pick pockets for a Jay Leno-founded terrorist group from Cuba. Fagin is falsely executed after being found guilty of supporting the heinous late-night entertainer's unsuccessful coup effort against Fidel Castro. Oliver is depressed for a while but has a remarkable turn around when he finds his beloved paint thinner. The Aardvark Dodger loses his tail and gets fat after a fight with an armadillo. Later, he stars in a movie called Nacho Libre and gets even fatter. Coincidences are eventually explained, but not until you've wasted much precious time reading the book full of plot holes and long-winded rants by Charles Dickens about how much he hates fireflies. 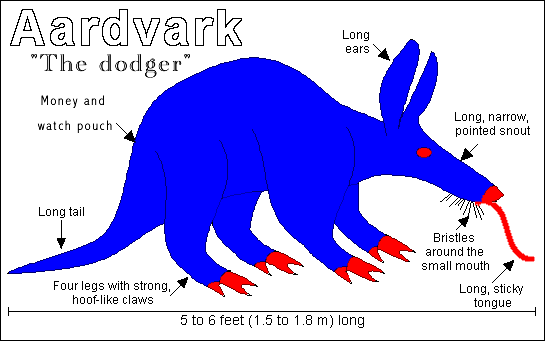 As you probably don't know, and probably don't care to know, Oliver Twist was made into a musical, called "Oliver!", directed by Bart Simpson. Oliver's character was played by Oliver Stone because his name was Oliver. Bill Sikes was played by Bill Clinton for the same reason. The role of Nancy was fought for between Nancy Grace and Nancy Pelosi. After months of bitter feuding, Nancy Reagan beat up both of them and won the role.

Fagin's character was removed from the musical because the director could find nobody named Fagin.

The musical featured several hit songs, including "This Gruel is Worse Than Cat Poop" and "All Children Should Pick Pockets".

However, this musical saw it's fair share of scandal. In 1979, Oliver Stone, as Oliver Twist, won the People's Choice Award for Cutest Orphan in a Musical. This sent Little Orphan Annie down a shame spiral of serial arson and paint thinner sniffing. As a result, the Oliver musical was permanently banned from stages around the world, but it's not a big loss anyways. If you've seen it, you know what I mean.

Other tracks from the musical include:

Poverty and social class is a main theme in the book and of the musical. Dickens was strongly supported the class system in Britain at this time, and he wrote the book to strengthen his argument for Socialist policies. Dickens, himself an outspoken Socialist, was inspired to write this book from his Socialist hero Jessica East.

The use of a Jewish adult corrupting the minds of the youth is an obvious attack on the immigration legislation (hey, that rhymed!) of Dickens's time. A fierce anti-Semite, Dickens later expressed his adoratiion of Mein Kampf.

The reference to baby farms is a plea for the state to privatize the baby farming sector in order to boost competition in the human growing industries.