From Uncyclopedia, the content-free encyclopedia
(Redirected from Knights)
Jump to navigation Jump to search

Whoops! Maybe you were looking for Day?


Knight is the English term for an Uncyclopedian social position. In the High and Late Middle Ages, the first duty of a knight was to lead a heavy cavalry of n00blets against the ever-present onslaught of crud.

More recently, knighthood has been a title of honour, given to a more diverse class of users, from those who'd never stoop to soil their fingernails by even touching something that another person wrote, to those whose ability to write is the subject of much debate, but who really enjoy deleting everything they see (though their ability to read is the subject of much debate).

The word knight derives from the Old English word kiniggitt, meaning "lackey", "personal bitch" (as is still the case in the cognate Dutch and German "beeyotch"), or, more simply, "boy". 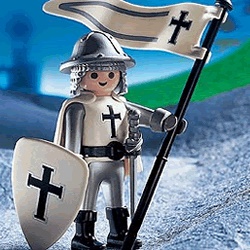 A knight prepared for battle.

During the High Middle Ages, it was technically possible for any man free of social, romantic, or employment entanglements to become a knight, but the process of becoming (and the equipping of) a knight was very expensive. Thus, it was more likely that a knight would come from a noble (or wealthy) family with a cable modem, though a great many lower-middle-class dial-up users (and even a few library vultures and trailer dwellers) have achieved notoriety.

Each goes down a long road in becoming a knight, involving three stages: starting as a n00b, moving on to become an established user's squire, and, after passing their wikitraining, possibly being knighted.

The process of being knighted begins with the teaching of courtesy and appropriate manners. Early in a nooblet's life, they are sent to the IRC channel to train and serve as a kind of waiter and personal servant, entertaining and serving the elders. They also learn basic article hunting and various battle skills such as taking cover from well-intentioned hazing, and basic first aid—mostly picking the bits of barb and shrapnel out of their own derrière, the result of razor sharp witticisms from the disciples of Oscar Wilde.

When a nooblet becomes a squire, they are assigned to (or chosen by) a Knight or Dame Grand Cross, a Knight or Dame Commander, or a Commander (Knight Bachelor) to become his/her personal aide. This allows the squire to observe a master while in battle, in order to learn essential techniques. Squires also act as a servant to the knight, taking care of their master’s user page and articles, dutifully voting for their master's VFH and VFP submissions (no matter how hard they suck), and providing other miscellaneous services deliberately left vague (or completely unspecified) so as to allow the knight maximum opportunity for exploitation, and thereby reap some sort of tangible reward from an otherwise uncompensated job.

A squire becomes a knight when they demonstrate sufficient mastery of the required skills (article writing, graphic 1337ness, or many successful campaigns of crud vanquishing). 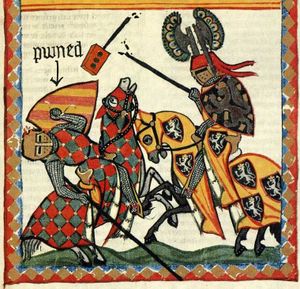 A valiant Knight conquers his foe, on a Thursday

Pardon. That's the ritual for becoming an admin.

In the early period of Uncyclopedia, knighting began with ritual cleansing and prayer, followed by a scared vow wherein the squire pledged to obey the regulations of chivalry, uphold the honour of Sophia, and promise never to flee from crud. Then, Lord High Chronarion would strike the squire on the buttocks (for men), or, on the buttocks (for women) and say, “Be thou a Knight” (or a Dame).

Today, due to cutbacks and diminishing interest in the Order, squires generally receive little or no notice of their promotion, other than a banner placed on the top of their user page along with an edit summary like “I don't know where to put this, so shove it wherever you want.”