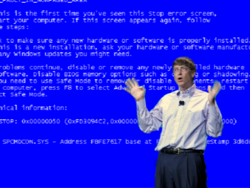 Anxiety is the form of ultimate knowledge and the sign of ultimate wisdom. Many humans have attained Anxiety, and have become the highest and most sacred idol of all - a Llama. Llamas, due to their old age, have hunchbacks like the guy called Jim. Nostradamus is renowned to be the most famous Llama in the world as he became hunchback at the young age of 4. Ever since, he started making predictions about lottery and horseracing, thus elevating his family's status to a higher level.

How the godly effect of anxiety came about is not known, but many false prophets have attempted to lie to the Community. Jimbo Wales, founder of the ungodly Wikipedia is still trying to spread false teachings that he created anxiety[1]

Anxiety is known to cause Melancholy as a side effect to test the User's endurance. Many people who tried to attain Anxiety were killed at this stage. 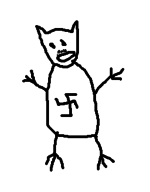 A classic example of an Anxiety Patient

The first person to contract Anxiety was Adam, though Eve discovered it. The Serpent and God had Anxiety all along so it didn't counted. Adam found the SUPREME magical UNKNOWN mystical MYSTERIOUS awe-inspiring Anxiety fruit.[2]

People who contract anxiety tend to urinate on their pants. And they love it. It tests the ability of someone to ignore how others feel and reach the ultimate stage of death? Yeah, it's death you..[3]

Anxiety in the Modern World[edit]

Proof that Mona Lisa is actually Karl Marx. She never had anxiety.

Currently, Anxiety is spreading all over the world and nobody knows it. (Yes! You don't know it! I won't tell you that it is!) Now, people start to wear clothes, some people start to be straight, and strangest of all, some people even go to Wikipedia! Mona Lisa was said to be the first to truly experience Anxiety in its truest form by transforming herself into Karl Marx. It was later found out that it was all a hoax as Karl Marx and Mona Lisa were one and the same, apart for the fact that Mona Lisa has only one eye, and that Karl Marx is female. And that Mona Lisa was a pineapple.[4]

People who have anxiety usually are branded with the name of an "Anxietarianismist" for no reason. A cabbage (yes, that cabbage) started it all by looking like the word "Anxietariansim", and the trend soon started. That cabbage was also known for starting the The Great Pastafarianism war which never existed existed in this guy called Jim's head. Who knows? Maybe it really existed. Wait... Nothing was there, I declare. Then why was there a strikethrough?[7]