Is the bear a Catholic?

From Uncyclopedia, the content-free encyclopedia
(Redirected from Is the bear a catholic)
Jump to navigation Jump to search 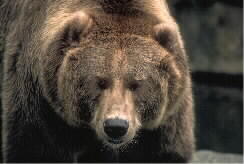 Yes, I feel guilty but sin a lot anyway.

Is the bear a Catholic? is an example of a rhetorical question. It is used to imply an answer in the questionee's mind, often exploiting said questionee's lack of intelligence or wit. Such questions are often used by sharp individuals to impress attractive members of the opposite sex by belittling co-workers, sidekicks, or the indigent. However, this particular question can be counter-intuitive, as determining the religious inclinations of bears has proven difficult at best.[1]

Origins of the Question

"Is the bear a Catholic?" is the quintessential example of the confusing bastard offspring of two separate rhetorical questions, the proud papa question being "Is the Pope Catholic?" and the proud papa's homosexual life partner question being "Do bears shit in the woods?". Both of these are examples of positive rhetoric; for example, it is almost certain the the Pope practices Catholicism, as he is the leader of that particular religion, and it is certain that bears do an exceedingly large portion of their shitting in wooded areas.

Mixing these two positive queries produces two outcomes. The first is, quixotically, negative. "Does the Pope shit in the woods?" arises when combining the subject of the first section and the action of the second section[2]. The ponderables of that question are pondered elsewhere, but mainstream experts generally agree that the Pope, in all likelihood, shits in a woodland setting extremely infrequently, if at all. The other question resulting from the mating of the two original positive ones is the puzzling "Is the bear a Catholic?", which is discussed both before and after this point in the article. 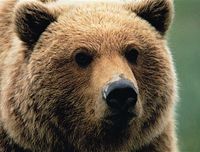 If Jesus loves me, then why am I being audited by the damn IRS?

There are many unclear attributes of the query. This results from the inexact science of fusing two definite queries into two separate, independent ones. The implications of this are widespread; perhaps if "Is the Pope a Catholic?" were phrased thusly: "Are Popes Catholic?", then the resulting query would be "Are bears Catholic?". This seems like more of a questioning of the religious practices of bears as a race than that of a particular bear. However, for the purposes of brevity and clarity, and also considering the fact that no inclusive religious census has ever been conducted among bears, we will not expand further on such frivolous questions on the questions such as these.

The question that then remains to be answered concerning the question is the question of which bear the question is questioning about. "Is the bear a Catholic?" What bear is being referred to here? Is this a question designed to apply to multiple bears, asked multiple times? Does it refer to a specific bear? For many years after the initial proposal of the question, these subsequent conundrums puzzled ursinologists and questionologists alike. Research into these questions, as well as the original question, proved time-consuming, dangerous, and required vast amount of expensive bear-attracting honey, which can only be mined in the bee fortresses of Nicaragua.

A Russian and an Answer

A major breakthrough in the pursuit of an answer was achieved in 1974 when Soviet Union ursinologist Ivan Tobeabear braved the bitter cold and chilling loneliness of the Russian tundra to perform mostly bear-related research.[3] After arbitrarily deciding the "the bear" referred to a specific bear located in the northern steppes of the Motherland, he spent several years meticulously cataloguing the behaviour of a said bear, studying its mating habits, hunting techniques, and religious inclinations. After several rigorous years of bear-watching and foraging like a bear, Tobeabear posthumously published his findings in Soviet Science Journal For Make Glorious Soviet Empire More Better Science. He could not enjoy seeing his work published, as he had just three weeks previous been mauled by the very bear he had been studying, rendering him irrevocably and irreversibly dead.

Fortunately, once the perpetrating bear once again became hungry and began foraging, Ivan's colleagues were able to salvage his notes and piece together his theories. Combined with the circumstances surrounding his untimely[4] demise, his observations pointed decidedly to the conclusion that the bear is, in fact, not a Catholic. Tobeabear conjectured that the bear seemed to sleep in on Sundays and skip out on attending mass, and also did not seem to celebrate traditional Catholic holidays such as Christmas (commemorating the birth of Jesus) or Holy Tuesday (commemorating the Penultimate Supper). However, the real proving point of his findings was actually pieced together by his colleagues, who discovered that Ivan Tobeabear was mauled and eaten on a Friday during the Lenten season, during which all Catholics refrain from eating meat.[5]