Fulton Umbrella Corporation is not as you would think, a company that produces umbrellas. It is actually just a gigantic cover up created by the ICA in the mid 70's with the specific purpose of helping my second cousin once had his brain removed Nigel, to get laid. The idea and concept of the cover up was to make people in general, and women in particular to believe that he was actually capable of doing something else than idling his time away counting the cars on the imaginary yellow brick road he saw in his head. Proving initially somewhat unsuccessful in the beginning, the early 80's saw a time when most of the kinks and problems of the cover up scheme had been sorted, and success was soon to follow.

The actual cover up story of Fulton Umbrella Corporation is that it is a company making umbrellas. Simple enough you would think, however the origin of the choice of umbrella company was the CIA:s way of remembering that it was actually an umbrella organization set up by "the Company" which is what everyone calls the CIA nowadays. Hence the idea of creating an umbrella company.

What are they covering up?[edit]

Well to put it as clear as possible, all efforts were made in order to cover up my second cousin once removed's complete inability to find honest work. Naturally, if queried, Fulton Umbrellas would claim that they cover their clients, shielding them from rain - which is code for all sorts of covert activities.

Do they really make umbrellas?[edit]

Funny you should ask - indeed they do! Fulton Umbrellas are devoted to making the very best and most modern umbrellas in the world. Part of every successful effort to create a front as part of any decent cover up for the CIA:s many activities is a fully functioning company, in this case umbrellas suddenly started to become very popular during the London Blitz when heavy rains became all too frequent in England, later on a similar phenomena would develop in other European countries, particularly in Germany.

And unforeseen development of the budding umbrella business was the thousands if not millions of enthusiastic fans of the umbrellas. All over the world would local umbrella fan clubs gain members, or "brollies" as they referred to themselves. Here is an example of movie buffs giving in to their most beloved household item, the umbrella: Complete nerd's fan umbrella homepage site for the web. 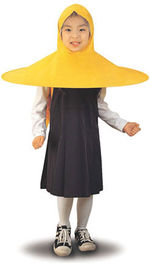 The Humbrella™, simply insert your japanese person into the umbrella and carry over head for protection.

There are basically two kinds of umbrellas in the world, covered by Fulton Umbrellas. The one for humans, called Humbrella™ and one for dogs called Dogbrella™. Just insert your dog or other pet and tie up. Within minutes your pesky little pet problem shall be no more. Dispose in nearest bin or furnace for optimal ecologic efficiency. The Humbrella™ must obviously be combined with your japanese person, any japanese will do since they are so tiny (see Japan Store for information on how to purchase a suitable Japanese person).

Insert pet into Dogbrella™, tie up and wait. Dispose in any trash bin, clean and simple.

Several attempts at depicting the many stories in regard to Fulton Umbrella Corporation have been made, most notably the trilogy Resident Evil (for more accurate information click here) featuring the actress Milla Jovovovovovovovovich. The films all have a rather simple plot where the before mentioned actress always is shown naked in the beginning of the film in order to shortly after starting to kill zombies. According to sources inside the Fulton Umbrella Corporation, the films grossly underestimate the number of zombies killed each day. This clearly in order to appeal audiences with small children who usually fall asleep after more than a 50 or so zombies killed. 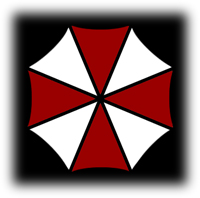