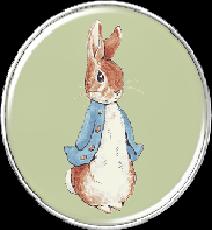 Do you know who Peter Cottontail is? You probably don't, and you could probably care less (but you should). He is supposedly the Easter Bunny, but that is a nasty rumor (rumour if you are British) and it needs to stop. You are hurting Peter's feelings. What you fail to see is the inner Peter Cottontail, not the outer shell of a furry, fuzzy wuzzy little rabbit that is often mistaken for some guy who dresses up in a rabbit suit, and places eggs in baskets for children.

Peter exudes wisdom, it oozes from his body like a slow moving syrup ready to be licked up by the teeming masses that crave his every word. Peter Has influenced, musicians, painters, actors, directors, and even some Canadians.

Ok well never mind that stuff , and lets get down to the real point, the meat of the subject: Peter Cottontail's undying wisdom.

Peter On Friends and Family[edit]

he was hopping on a little more than the trail

"I have no idea where the accusations started. I was never confronted personally about it I just happen to be on Wikipedia[1] when I happened accross a disgusting article that told the readers how the made for tv movie about my personal life explained I was the Easter Bunny. I was outraged! Clearly they have the wrong rabbit or man or who ever the Easter Bunny is." 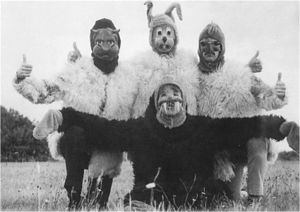