MURIETTA, California -- Acute Promyelocytic Leukemia, a hematological neoplasm known as "Neo" to his friends, succumbed to local resident Cori Porter after a long battle with chemotherapy this evening. Neo, age four months, was a quiet cancer known for his skill at dropping white blood cell counts and his stealthy disposition. He passed away at 8:10 this evening after a two week fight against the drug ARTA.

"He just sort of laid there on the myeloid cells, all peaceful", said Father Medulla Ossea, who gave the cancer last rites. "He had really lost weight. He used to look all malignant, but by last evening, there wasn't much left of him. We knew it would come soon." 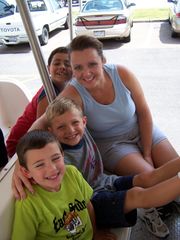 Local woman Cori Porter, to whom the cancer ultimately succumbed.

Neo's life was not without controversy. Just weeks before his death, the cancer was convicted of attempted murder for an armed attack on the woman's bone marrow. The conviction was swift due to testimony from multiple physicians and a damning biopsy.

"The damn thing near made me lose my Golgi apparatus", said CD8+T, a Tc lymphocyte from the upper west side. "I barely got away from him with my phospholipid bilayer in one piece!"

Neo is survived by his son, Secondary Infection, and his daughter, Low Blood Count, both of whom are ill and expected to pass away within the next few weeks.

Cori Porter is reportedly armed and dangerous. Any cancer cells in the area are advised to steer clear.

Featured Article  (read another featured article)
Featured version: 15 April 2007
This article has been featured on the front page. — You can nominate your favourite articles at Uncyclopedia:VFH.