At 19:00 last night, Uncyclopedia admins "scientists" found the cure for cancer while at a medical conference in Hawaii. Being on holiday and looking for the beach, they stumbled in on a lecture given by some, fat, balding, "doctor" about the genetics of cancer, read from his high school text book. It is believed that during the lecture one of the admins took a stand and said "why don't we just huff the cancer?" As it happens, you can huff anything easily with 100% success, something these so-called "scientists" hadn't thought of before. Brought forth to the podium, the now CEO of the newly formed Uncyclopedia Cancer Huffing Society held a press conference saying, "I have a dream, a world where everything bad in life can be huffed in the flash of pipe, where we will never fear any disease again and we will always be healthy so long as we keep on huffing". When called for a private interview we later learned the CEO had been huffed by the board of directors. 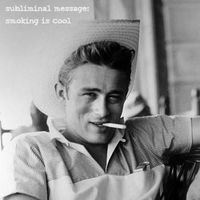 Now cancer is a thing of the past, smoking makes you cool!

A case has been brought forward to the House of Lords to legalise huffing for medical reasons. Huffing was made illegal under the 2005 Wikia Act. Protesters were rallying against the case due to fears of the world becoming full of smoking, drinking and red meat eating beatnics. The protesters, however, have been promptly huffed. The first hearing is thought to have gone well, we can all soon hope that all cancers will soon be huffed.