LONDON, England - Scientists in Britain have found that black men are three times more likely to get prostate cancer than white men. The announcement has been met with widespread condemnation and disgust from the media. "We have long known that cancer kills thousands of people every year, ripping countless families apart," says James Liberaman of The Guardian. "But it had never occurred to us that these killings could be racially motivated. Cancer must be stopped."

It has yet to be ascertained how far the right-wing attitudes of the disease currently stretches, although it is not yet believed to have any links with far-right organisations, such as the British National Party. Luckily, the doctors diagnosed the racism in its early stages. Further investigations are to be carried out into its feelings towards Asians, Jews, and Eastern Europeans. There are also fears that it won't care for gays much either.

Some observers have questioned why this news has not been brought out into the open earlier. Numerous cancer charities have denied any sort of cover-up in response to allegations aimed at their "horribly white and middle class" charity shops. A government inquiry is being called for to investigate the issue. However, this would doubtless be presided over by a stuffy, white, upper class, hereditary peer. 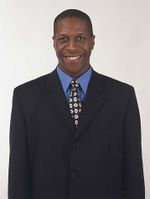 Other observers, such as Germaine Wolfe from The Observer newspaper, have waded in to the discussion, adding a feminine perspective. "It is a true indictment of our oppressive patriarchal society that all this fuss is being brought up over a man's illness. What about breast cancer? Ovarian cancer? Cervical cancer? Cancer is sexist and everyone wants to sweep that fact under the carpet and ignore it."

The cancer race row looks likely to run and run. City lawyers have been working day and night, with so many new possibilities in terms of lawsuits. Cancer is likely to be sued by various parties for discrimination, loss of earnings and wrongful dismissal. The British Medical Association also fears that it will be blamed on the legal basis of "not being black enough."

Attempts are being made to address the situation. Cancer is being put into a programme intended to increase its awareness of the struggles facing the black people. It will also be taught about the horrors of the slave trade and be forced to read the collected works of Maya Angelou. In the meantime, Cancer will be replaced in horoscopes by bird flu. It will also be barred from children's television, football matches and the forthcoming MOBO awards.

Featured Article  (read another featured article)
Featured version: 11 November 2008
This article has been featured on the front page. — You can nominate your favourite articles at Uncyclopedia:VFH.