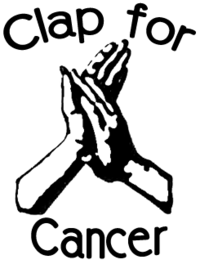 “Cancer gave me a real reason to stop living!”

~ Oscar Wilde on Clap for Cancer

~ Peter Jennings on Clap for Cancer

~ Borat on the Clap for Cancer article

“Ahh, a little cancer never hurt anybody. Everybody needs a little cancer I think. It's good for you. Keeps you on you're toes. In fact, the way I look at it, the more cancer you got, the healthier you are!”

Clap for Cancer is an organization devoted to spreading the good message of Cancer and all of the positive side effects brought on by having it (specifically related to Lung Cancer and Smoking). Founded in 1974 by a small group of tobacco farmers, engineers, cowboys, and that guy, Clap for Cancer raises awareness by sending their mascot, the Cancer Cough Clown, to children's hospitals across the world. 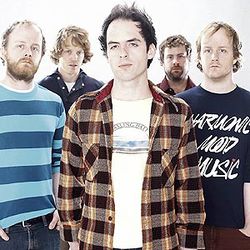 Members of Clap for Cancer all have cancer. Why don't you?

In 1974, Ed MacMahon was furious: as a lifetime smoker and rampant alcoholic, he was constantly forced to listen to the negative stories about smoking and lung cancer. So enraged was he that one night he gathered together a consortium of the worlds top scientists to study and eventually dismiss the claims that smoking was and continues to be bad for your health.

With an astronomical budget of nearly $3.48 ($109,857,382.56 after inflation), the scientists worked feverishly day and night for almost an hour until the dreaded moment came when they had to confront Ed MacMahon with the truth: despite the heavy investment, smoking was still considered detrimental to living a long life. Undeterred by this news, MacMahon gathered together some of the worlds top Internet Marketers and hatched an egg, after which he devised a plan.

MacMahon and his group of Internet Marketers (which were later known as the Jackson 5 and 1/4) had discovered something very important: smoking causes cancer, and cancer causes death. Despite this setback, however, MacMahon put his marketers to work.

The Internet Marketers needed to meet some specific goals:

With these goals in mind, Clap for Cancer was born. 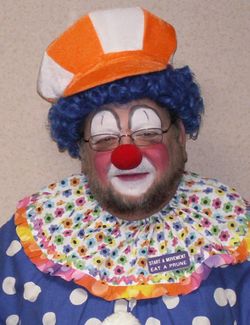 Ultimately, Clap for Cancer's message is "cancer is good, and smoking causes cancer," but the foundations message has seen several permutations throughout the years.

When the idea of religious freedom was still fresh in the local farming populations mind, Clap for Cancer promoted the fact that tobacco could be grown rather easily in the New World. Cancer was also promoted as being good for you, since it was deemed to be a much better way to die than being burned alive by fire.

In the good 'ol days, during the gold rush, Clap for Cancer continued to use the traditional "it's better than dying from" slogan. Back in them olden days, miners used to catch their death from the black lung - coarse, that was only half as bead and catchin' your death from Wyatt Earp. That darn crazy sumbitch ran 'round everywhere shootin' daisy's and peoples up!

So Clap for Cancer came along, see, and they advertised that cancer was better 'an dyin' from Wyatt Earp! Well you can imagine 'ol Wyatt was none too happy 'bout that news, let me tell you. So he barges right into Vince McMahon's office (poor boy was none too bright) and starts a-rootin' and a-tootin' and a-shootin' up the place. But before 'ol Wyatt could pull the trigger and kill that peckerhead McMahon he keel'd over and died!

'Twas them cancer sticks that saved 'ol Vince's life that day! An' you can bet Clap for Cancer pointed that fact out. Yessiree.

After the stock market crashed in 1929, dozens of zombie ninjas were left destitute. Most of the zombie ninjas could only afford either an apple or a cigarette. Fighting hard for the American dollar, Clap for Cancer came out with it's least popular, though very successful, advertising campaign:

The advertisement acknowledges the plight of the American zombie ninja during this period: they were poor, had no money, and nothing to eat. Since every day was just another day closer to dying, Clap for Cancer gave the zombie ninja hope by telling them how to die faster, thus winning at life.

During the Internet's "dot com" market bubble, Clap for Cancer had a popular affiliate marketing program, which had a very lucrative payout system:

$19 for every click $4.56 for every lead Three goats for every person you killed with second-hand smoke

Oddly enough, this payout system didn't bankrupt Clap for Cancer once the bubble burst. Some say it was due to amazing management of resources, but most government investigators agree that Clap for Cancer simply had enough money in reserve to survive the crash.

The three government officials who claim that the booming tobacco industry backed Clap for Cancer during this time died in a freak car accident involving Jimmy Hoffa, a can of sun-dried tomato's, and a bomb planted in their engine block.

Clap for Cancer continues to maintain their marketing efforts to convince people that cancer is good, and you should smoke; however, under the Bush dictatorship, they have now proven (thanks to the help of some timely untraceable money) that cancer is good for you.

According to the report released by Hitlers Department of Really Important Shit You Need To Know, cancer can:

Often considered to be the granddaddy of terrorist organizations, the American Cancer Society (ACS) has been known to frequently stage protests and car bombs outside the Clap for Cancer organizations headquarters while simultaneously attempting to eliminate cancer through patient treatment and scientific research.

Obviously well-funded, it is believed that radical political factions, such as the Democrats and Republicans, currently fund this terrorist group in order to receive a yearly tax-break.

Smoke-Free America (SFA) is a fringe group of fanatics which attempt to get people to stop smoking cigarettes through the use of subversive advertising, lying, cheating, and - in dire circumstances - sledge hammers. While not as well-funded as ACS, SFA has been effective in linking smoking to cancer. In this regard, SFA has been helpful to Clap for Cancer's cause.

MADD is ferociously against Clap for Cancer, mostly because they lost a bet to a friend. While they were drunk.

Oh come on, you knew I was going there.