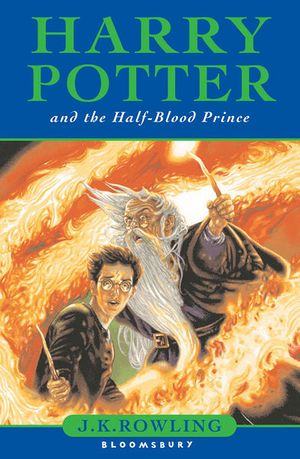 The book that started the mad rush.

BAGHDAD, IRAQ -- At a bookstore yesterday, a stampede started when it was announced via loudspeaker that JK Rowling's famed Harry Potter book series was releasing its newest book, The Half-Blood Prince for Iraqi release and that this particular bookstore would be the first place to get said book. As is the common truth, everyone in Iraq is crazy for Harry Potter and as such, there was a massive stampede from the Orange Julius across the street to the aforementioned bookstore. Approximately 26 people were trampled and/or shot to death by eager Harry Potter fans who wanted to get their next fix. Said Al-Qaeda's spokesman when asked about this incident:

"We can't believe a simple book could kill so many people. We at Al-Qaeda must research this and hopefully, we will find better ways of dealing with the American and Shiite infidels."

Approximately 54 people were injured in the stampede.