UnNews:Albus Dumbledore: out of the closet at last?


“I started this all off years ago”

~ Oscar Wilde on Dumbledore the queen

“Is that a wand in your pocket and do I even need to finish this joke?”

A reunion of the Dead Gay Old Men Society.

"It's time the old man came clean," said the deceased headmaster's agent, Jo Rowls in an interview. After the crowd's surprised reaction, she continued, "If I had known this would make you so happy, I would have told you years ago!" 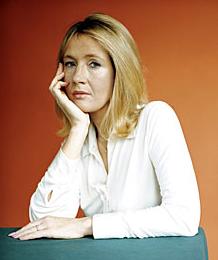 Jo Rowls, when she received criticism for outing her former client.

This revelation has had a mixed response. Said one die-hard fan, "I don't care if Dumbledore is gay, straight, bi, or asexual, I love him anyway!" Only an hour later did this fan realize the irony of that statement.

Another fan realized it had been all too obvious, "Well, this explains why he wouldn't tell Harry what he saw in the Mirror of Erised."

Amoung the things found in the former Headmasters office was a book containing a number of odd Spells, including a "Forget you were Buggered" Charm.

Not all reactions have been positive. Pope Benedict has said in an emergency speech (since the Vatican has nothing better to do than say nasty things about children's books), "If you were not all going to hell before this, you definitely are now. God, I need a drink! Somebody do communion so I can have some wine."

Nevertheless, the majority of the Muggle world stands firmly behind the late Dumbledore. Although he has received more criticism as of late, we can be sure that, as stated by Harry, "As long as there are those who need him, Dumbledore shall never leave."

When asked to comment, Ronald Weasley had this to say: "I always knew he was a fruit."

Harry Potter revealed to be "heterosexual"