The American Book of the Dead

Wikipedia doesn't have an article about The American Book of the Dead, but they told me they'd like one, Jimbo especially. Go ahead and make it.

“The American Book of the Dead was so informative, I couldn't put it down. Bad idea when you're speeding in a Porsche, but well then there now, at least I got my money's worth.”

“This book made me want to vomit.”

~ Karen Carpenter on The American Book of the Dead and subsequently, the table, the floor and your shoes

In the great tradition of business-oriented funerary texts that began with Tibet’s Bardo Thodol or: How I Learned To Stop Worrying And Just Succumb To The Void Already, comes The American Book of the Dead. Jampacked with mildly authoritative sounding and reliably speculative information, this book chronicles the process of death as not only a light-hearted romp but also as a capitalistic venture. Throughout it you'll learn the twelve most lucrative ways to die, accepted standards in funeral ettiquette, the hottest fashion trends in Heaven and why reincarnation is just a twisted fantasy purported by flaky, zenish types. Complete with overly-simplified diagrams that any idiot can understand, a guide for acquiring a cemetery plot "on the cheap" and even suggested last words from famous dead Americans who aren't Mark Twain, you simply cannot afford to die without this book. Or toiletries, which will be explained in Chapter Three.

Chapter One: Death Rattle and Hum[edit]

Death has long been one of America's favourite national past times ever since the disease-riddled Colonial days, back when communal bath water was for drinkin', your cousin was for marryin' and rats made the most delicious pets. In that blissfully feverous era death was one of few activities one could engage in that wouldn’t lead to sickness, so naturally some impatient people couldn’t wait to get in the ground and chose to be buried alive, just to rush toward the fun. Building upon this proud tradition, more people die within the United States each year than everywhere else in the known universe combined, which has nothing to do with our inoperable public education system, lack of socialized health care or the Second Amendment — we're just really good at what little we set out to accomplish.

Chapter One deals with the many preparations leading up to the moment of passing and answers several difficult questions, such as:

Chapter Two: You Can, and Should, Take It With You[edit] 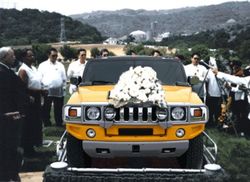 Many Americans choose to be buried in their sport-utility vehicles, presenting the corpse with many luxury options — air conditioning, cruise control, a directional navigation system and simply more legroom for the most comfortable decomposition imaginable. It also presents the opportunity to destroy the Earth from within.

Debunking the most common funeral myths, Chapter Two will take you step-by-step through casket selection, which admittedly should have been discussed in Chapter One. While wood or metal coffins are popular, there are now many alternative burial receptacles on the market. Tupperware makes a good one which locks in the freshness, or some may go grocery style in paper or plastic. Other questions which will be vaguely answered in Chapter Two include:

In the end, you'll learn that morgues are filled with morticians, who are to be avoided. Instead, demand that your family bury you in the backyard. Not only will this save them money, but it will save you from the embarrassment of being associated with a man who chooses to work around dead people all day. Have you ever met a mortician? One who wasn't molesting a corpse? 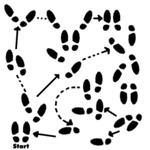 Figure 12.1 - The winning steps for St. Peter's Dance Dance Revelation... or is this The Retarded Cabbage Patch?

So obviously this is the point where you want to start considering leaving the earthly plane, lest annoying psychics like Sylvia Brown, John Edwards and Miss Cleo start exploiting your spirit for an afterlife of indentured servitude and crude parlour tricks. Once you reach the pearly gates, you'll have to submit the proper membership forms and various legal agreements required, at which point you'll be met by five people who were in some way connected to you in life. Generally speaking, the first three people are usually pretty cool and the fourth person doesn't really say anything at all and just ends up staring at you for an hour, which may make you feel moderately uncomfortable. The last person, a woman, will probably punch you in the face. From there you'll undergo a series of challenges and answer for a lifetime of moral disregard, which will be simple with Chapter Three's help. Beginning with the first test, The Weighing of Your Wallet and continuing through Spiritual Tiddlywinks, Name That Dead Distant Relative! and St. Peter's Dance Dance Revelation, every challenge is described and illustrated in full detail to give you the upper hand and admission into the most exclusive of afterlives.

Because Heaven can be somewhat confusing, especially for God's chosen n00bs, Chapter Three finishes with yet another list of questions, some of which are:

Other Books by Plop Publishing[edit]

Given the subject matter and photographic depiction of public transportation related homicide, it was not surprising that this advertising campaign was run primarily within nursing homes and on the sides of buses.