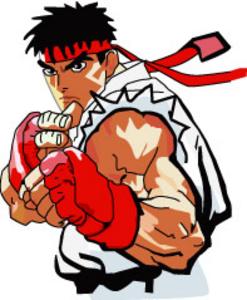 On July 4th, 1946, one Thelma Anne Williamson was born to happy parents, Brad and Loretta, who looked at her affectionately as she bask in the early New Jersey sunlight.

"She was great, you know. She could smile. She could say "papa" and "momma." She liked swing music, baseball, and plotting evil schemes to destroy the world. She was everything I could hope for in a child."

He goes on to discuss many things of little to no importance as extremely old people love to do, before passing gas and falling asleep in mid-sent...

Thelma attended South Trenton High School, graduating in the top 20 students of her class (which contained 19 students). She then went on to North Trenton University, where she received a Bachelor's Degree, but unfortunately she did not know that you had to have a Bachelor's Degree in a specific field, and not just any old Bachelor's Degree, and she soon found herself without a job, back at her parents house.

And there she stayed for the next several years until on August 4th, 1979, she happened to turn on public television in attempt to rekindle the joy and nostalgia of her youth. It just so happened that Bob Marley, the famous musician and jewish power activist, was on, teaching the children how to not be a "dead honky." She was enthralled by everything about him and almost immediately took up his accent.

Her father did not understand and promptly threw her out. Angry at her father, and determined to spite him by disassociating herself from him forever, Thelma legally changed her name to Miss Cleo after her neighbor's cat, the one that was always getting boned by her favorite pitbull, Big Old Stinky.

Then, in the fall of 1983, she simply disappeared from existence. It is highly suspected that at this time she became an agent of SPECTRE, the evil agency which gained notoreity by repeatedly trying to stop James Bond from fornicating.

Miss Cleo re-emerged in late 1994, now giving fortunes from her mobile home in Northern California. But she clearly had a bigger goal in mind, for as soon as she had enough money, she began to advertise on the local television and radio networks.

From there, of course, her story is known. She grew more and more powerful, reaching her tendrils into every home in America. What she will do next is unknown, except perhaps to high-ranked officials of SPECTRE.

It is not unreasonable to imagine that she may be the "Mary" that is prophesized of in SPECTRE lore. The legend goes that one day, a woman, the "Mary", will have such a powerful affect on James Bond that his sixth sense for STDs will falter. She will fornicate with him and Bond will contract AIDS and die within five years, leaving SPECTRE to do what they please, which is to make imitation baseball cards.