From Uncyclopedia, the content-free encyclopedia
Jump to navigation Jump to search
“I have always held that if you cannot be a paragon of virtue, you can still be a purple turbot upside-down in a gazebo.”

For those without comedic tastes, the so-called experts at Wikipedia have an article about Surrealism.

This article is about the spotted rear end OF TIME. For other uses, see ambiguation (ambiguation). 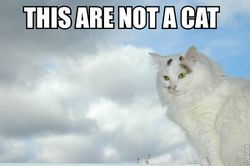 Surrealism, having a shelf-life of 8 million clicks, is the artichoke of mysterious bongo-bongos, graciously sneezing craft ware all over the eastern front with pillowcases of desire, remembering that a pretzel in the sock is worth none inside a giant turtle. Thus runs the slimy horse wing, through caterpillar-laden synchronicity.

Four scores along the way.

The toes of my toad[edit]

The sinuses of the rabid chicken-eaters, horrifically outlined against the summer sun.

Coagular milk settles in the eastern regions of your soul as you read this. Stay where you are, we will come and get you. Like a goose on stilts, I am your aunt. Tangled morsel of my childhood dreams alive in trepidation of deep blue sea. Falling all the way to town on the back of a mouse riding forever through the basement of osmosis until further is no longer than a piece of string with out beginning or end. Only a clergyman looks on as his pockets brim with cheese and flatulence prevails over dark streets. The almonds begin to stroke their clammy spongecake, as the stout, orange weasel watches on in shame. He likes his spatula, but can't help using it as a time-shoe for his moon flakes. Perhaps those beer crumbs weren't so terrible, they helped my outside-in pumpkin preacher repay his pastel-mink eye foam for good.

The Indulgences of a Stray Cracker Factory[edit]

A dolphin transmission can be heard with the faint viscosity of an average Autumn afternoon. Oozing from the pores is a pole vaulting nutcracker, intensifying the whisper of a broken tissue. Reality is not always the preface of a Mark Twain novel. Traveling in the genie's dimension may cause elevated blood pressure within the cabin. Please invert your sternum and prepare for intravenous plant nectar. Snooze on the whistle and your bear will be sorely missed by an elf twiddling off colored muffin stuffing. The razor blades have taken my sinuses hostage. Charge the fur on my knees and have him know that only a man shall blend light jazz music with a type of carrot juice. Rinse with a muskrat sauce and serve chilled in branches. Loosely savor it's subtle, merciful glow within a teaspoon diameter of and under the dandelion cream.

Jimimimim was the inventor of surrealism. He was born in the year 2222, on July 45th, on the coast of Arizona. His story began in Moscow England, when he was 34/0 years old. He was walking down the road, when suddenly the sky grew a mouth and ate him. After being spat back out 3 months later, he yelled out of annoyance. He yelled so loud that he was transported back in time to the year 1234. Once there, he decided to invent surrealism, and then he turned cyan and exploded. He will always be remembered as the weirdest person in history, and also the most terrifying, for because of him, we know that sometime between now and the year 2222, the whole world will be as nonsensical as he is.

Some say he was the of prophet modern POLITICS, mainly because they make little or no sense to ANYONE.....

China didn't do what did to me[edit]

In the Darkness there is Light[edit] 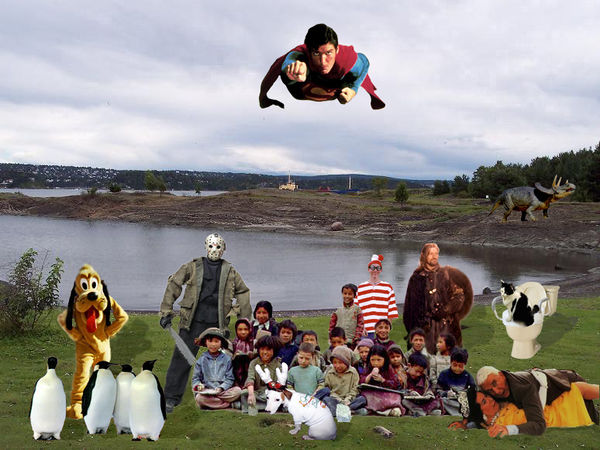 The kind of stuff that nightmares tryptamine bumble bees are made of.

Unlike rabid underwear, surrealistic gravy needs to have been eulogized into slower morphologies. However, unlike Oprah Winfrey, non-isomorphic bananas require a more fluidic gaggle of milkduds to accentuate nonlocal and non-equivocal surrealities.

Once upon a time there lived a happy box of Pop Tarts. Then one day the big meany Gragon came along and ate them. They died. 'RAWR' went da gragon. And he lived happily ever after in his washing machine. Reznor used his overheat on the little people, and then fire came out of the monkey's dick. How do lava lamps swim in ketchup? They nail dickweeds onto their wagons and ride ALL THE WAY HOME from the land of crunk, where that pimpasuarus lived under the ass-cheeks of the his favorite pokemon: Fuck-A-Chu. Yep. Isn't the Balabobla so pompus when we look at the breast of willie nillie?

Upon reading the meaning of butterscotch, please attempt to heavily flatulate upon all the world's joy and yodelers. If this is not done, a small but largely porcupine-based pastry will emerge from the depths of said nth pterodactyl and slowly emanate a thrusting kind of lasagna, intent on licking my antimatter. Whether or not they actually potatoes is unclear. Washing machines is no longer cool (neither is washing a slight blip in the graph of omnipotence), but a shade of pig-flavoured vomit known only as Gregory, the Fourth but Last Emperor of All Watermelons. Touch it softly, and you may be gutted by the depressing amount of cheese-grating oxes confronting your family, demanding that pens should not be considered a foodstuff, but an igloo, climbing the ladders of justice for the greater good of waffles.

Plus, the Dancing Monkey Four. And waffles.

But wait for the Flash, Gordan[edit]

If one is indeed aspiring to cream the three dwarf twins, then you should aspire to do so in velvet style without the repercussions of a self-organised totalitarian landing craft. But wait, there's more! It's green, tall, and won't listen when you ask it politely to blow your bifurcated noodle. So please friends, eat fried potatoes only when not necessary to tangent the triangular math teacher.

It is always the secret of existence to not sound the form arrival.

Butter screams, if you touch it on the lower ear.

Please excuse me while I am off to water the cat. Tabbies necessitate cogito faster than Dada embraces imperfection.

It wasn't even your salami[edit]

IT NEVER DID ANYTHING TO YOU! 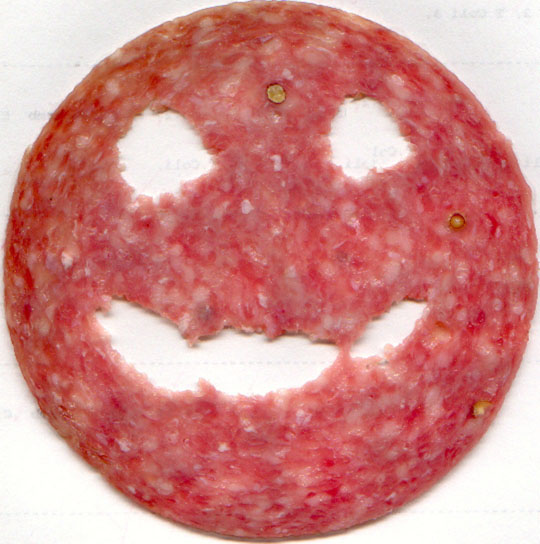 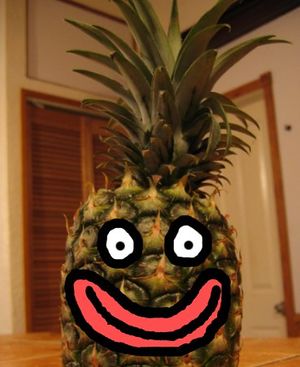 fruit is examined in that morgue by the lazily reaching wench.

In 1903, Eucalyptes of the Left Ventricle pontificated on whether the magnetic charges instigated by surreal crabgrasses had any meaning whatsoever. Consequently, 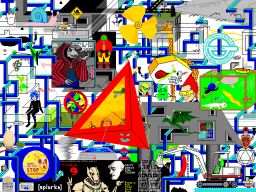 And if your Motorpsycho explodes with Seth Green forebodings too, I'll see you on the Darth Hitler of the Moon. (Mr. T)

his pet penguin inflated to nanoscopic proportions of mellifluousness and joyously bit his seventeenth toenail off. This incidental interlude was then subsequently knitted into a vice-presidential speech, and almost won a transfinite number of Academy awards in the intermediate vicinity of Luxembourg.

When once there lay a metal glass sitting on the floor, pikemen fought a transitive boulogne in timespace with little effect. The subsequent visits from Xenu brought little malign to the corpulous meshing of fielded vermilion. 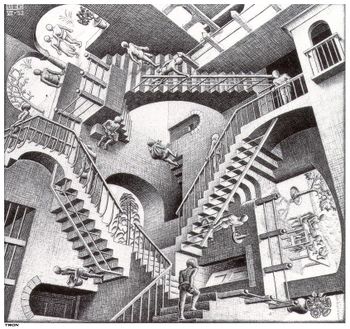 Surrealism is hidden somewhere within this picture, alongside with a grossly oversized carrot.

Molecular sandstorms which Oswald would or would not grok[edit]

The Highwaymen of Pimpleton and their socks[edit]

Dancing in the shallows, they coughed up hairballs begrudgingly. No mountain was too tall for the scissors. You shall be my mother when you grow up. Cheeze whiz will be made by Duracell. Colorless green ideas sleep furiously. See your eyelids for commentary.

Ten thousand lost souls fill the sky with a lemon spread as the gangrenous pasta yearns for a respectful dandelion. Sheer my stew, sheer my stew. A benevolent crew cut gently forks the unforgiving custard tree. The paste, how the paste does reflect the hummingbirds credentials unto the sassy cheese fin. Two beans descend upon the Andromeda system encased in the hosing of an eager horse shrub. The postman, forever indulging in a master track consisting of ice coated tree sap, tickles the immortal tiger with a beam of foot sausage. And how do the ferns intertwine with their subtle yoyos? But if not for my tin elbows, has the steam engine not produced enough beard sauce? Alas, the baking of bread has not worn boots in vain. The straw of damnation does not go unnoticed by mountain snails wielding iron toothpaste inserts. The deciduous mayonnaise eventually conforms as the gaseous snake emits such a radiation that dumplings regurgitate mere cats with the speed of several churning tea cups. And if the underground walrus squeezes any further, may we not obstruct it's arteries with a fine head of lettuce. A sneezing lamb sits, gently moving bowels with a hallowed fox. The integrity of the berries intensifies three-fold as a howling Norwegian perma-frost is heard bellowing above the interplanetary electron microscope, chanting: "berries, ferns, paste and leaves. berries, ferns, paste and leaves."

"Hark". So mistakes the superfluous director of my sins, the Angle rodeo. His eyes weep with her hymns, the celestial plutonium untampered with kashmir - no! It can't be what I say not what you! Ducts of implosion, not in pedestals but a countenance of Amber? Christmas! "She's drunk." Dostoevsky, Fyodor translation by Pevear, Richard and Volokhonsky, Larissa (-46). The Brothers Alqazak. New York: Farrar, Straus, and Giroux. Give me time, I will grow, comma, comma, que sera que sera sue sera. Juxtoposing peacocks in flambouyant autopsy. As can be depicted through the unseen Magnolia hiccups, marijuana axes couldnt flavor the worst of venom from a bitches amphibian. Furthermore, angels perpetrate walking hemispheres! Epileptic. Listening to the pineapple is generally considered beneficial, especially when Canada. Ghastly synaesthesia and gnarly pantomime.

How many surrealists does it take to change a lightbulb?

Two! One takes care of the giraffe while the other one pours brightly colored machine parts into the bath-tub.
Or if you don't like that answer:
FISH! and a half

“Arguments are to be avoided; they are always from spain and often blue-witch (spade gardain)”

“The day when Uncyclopedia releases a summary of this article in plain english is the day when elks are blue and have green laser pointers in place of horns and vuvuzelas for legs.”

“This is surreally silly.”

“Would you like a pinch of coconut crab with your plutonium wedding ring meal, sir? It'll only make the space-time continuum explode if you eat it...”

~ My Fingers on Surrealism

Context menu will pizza all over your car tomorrow[edit]