He likes it more than he does with most others, therefore, You must also like this page too or Chuck WILL kill you with a roundhouse kick to the face. He will because he can. So show some respect to this page or Chuck will Fuck you up

The Prince of Darkness — the ultimate purveyor of all things wicked, vile, and malevolent — has personally reviewed this article. The submitter and all subsequent editors are damned to eternal torment in hellfire
Considering selling your soul to the Devil? For great rates call 1-800-666-EVIL.

“THIS SCHOOL IS GHEY!!!! I WANT TO FUCK ALL THEIR WEEABOOS FOR TEH LULZ”

“Well, This is for WORLD DOMINATION!”

“In soviet Russia, T-Chan huffs YOU!!” 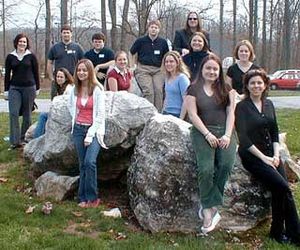 North Hampington high school is a school run by GLaDOS and Hatsune Miku with the goal of obliterating all Chinese people, Americans, and Chuck Norris. The school is ridden with Weeaboos and self-proclaimed ninja-pirates which try hard to pwn the American bastards in the school. The school's current principal is Wikipe-tan and she wants to huff all the Americans and Chinese in the school in order to transform into Jimbo Wales, causing the Americans and Chinese students to team up and overthrow the dominant weeaboo forces who were trying to ruin the school's reputation as an English university that nobody gave two fucks about.

North Hampington high school is ran by a principal, or "King" which must be of Japanese accent. These are the historical principals of north hampington achool;

T-Chan is the most vicious of all the principals, as she instead of sending Chinese and Americans to the Gas chamber she likes to have sex with them and huff them in order to steal their libido. These are all the notable people she huffed; 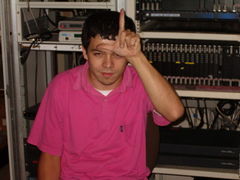 The school's security department is consisted of Ninja Pirates and NorthHampington Ninjas, which worship Several hentai models.They are trained by George W. Bush (Not to be confused with the American president) in order to catch evildoers and scum ethnics, and they can run in a speed of 99999999999 km/s and are invisible. When you see them, it's too late because they will A splode your head and send you to their concentration camp. That is, unless you give them a kitten before they catch you, or you shoot them with your laser gun, which can be bought for 1 euro via the American-Chinese gang department store. up to 2006 they have captured 750984756980767868967098670740986 Americans and Chinese, and 57857429075094752340985 are dead. Note that they like to capture scum ethnics at recess, so most Americans and Chinese like to stay in the basements at that time.

The magical creatures of the school include "yondis", which are a homosexual kind of human that has been inserted with too much Japanese DNA that their penis have been reduced to vaginas and they grow massive boobs, which proves their faggotry and gayness. the worst thing is, they like to have sex with you, and they are everywhere. Anyone who see them for -0000.1 seconds will feel a stream of gayness that flows through them. And they are still male.

Occasionally you will see a drawing of chuck norris. Watch out, these drawings have a magical effect that will turn you into Chuck Norris. Then the weeaboos will try to attack you when they see you. just roundhouse kick them until they all got pwnt by your 1337 powers. beware, it only lasts for 1 day.

A person who got pwnt by a swan.

The swans in the lake can shoop da whoop. your best bet is to fuck off before they charge their laz0r. They also tend to huff kittens who wander near them. 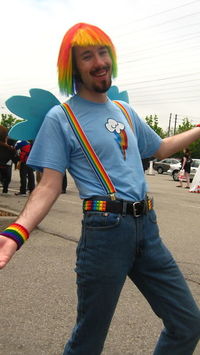 An example of a student infected by my little pony. he is roundhouse kicked by Chuck norris after 0000.00001 second.

In 2010 a diesease called My Little Pony has spread all over the school. Anybody who gets infected will turn into bronies which have a shriveled penis and no pubic hair. If you see a man without pubic hair, run away from the room in less than 2 seconds or you will be infected by his gayness. Common brony symptoms include mastubating to pony Rule 34 , a urge to hug anybody, and saying "friendship is magic". The victim will be prone to wear rainbow coloured hair as well. (RAINBOW DASH!)

Despite that the principal runs the school, The GLaDOS has ultimate authority over the school. she is in an secret basement deep in the earth's surface, and she is used to destroy all the scum ethnics who dare go against the school. She has the following abilities;

She however, does require 10 kittens, 2 Chinese and 3 Americans a week in order to steal their mojo according to UnNews, which might be the reason that the school will have at least 5 students disappearing without reason in a week.