From Uncyclopedia, the content-free encyclopedia
(Redirected from Potato Sack Races)
Jump to navigation Jump to search 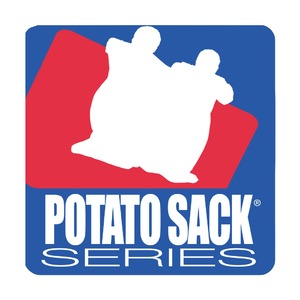 Potato Sack Racing, started back in 1967, has become a highly popular sport, especially in the male division due to its light-hearted ease and individual passion shown by each of its athletes. Although started as a mere party activity, this event has escalated into a full-fledged Olympic event. It is further known as the single most intense and fatal sport of all-time, competing with many dangerous sports such as hockey, football, and gladiator battles. To compliment this brutality, the potato sack practices are known to cause more injuries and life-changing traumas than any other sport. Athletes compete for the respect of their nations, gold medals, and support of their sponsors. Just like any other sport, it requires tremendous and excruciating practice by each of the athletes, and requires powerful leg muscles along with proper balance. A minor slip could prove fatal in a race, and potentially destroy an athlete's career.

In the late 1960s, the family life became more secure and bonded. With this arose parent-thrown parties for young ones. These parties disappointingly lacked the thrill that many other parties had; ones with less children and more sex, drugs, alcohol, and genitals. So to compensate for this, party activities were born. Bobbing for apples, three-legged races, and balloon animals were among the first to arise. But on the day of a poor farm boy's birthday, his parents couldn't afford any of the complex and expensive equipment required for some of these events. Instead they emptied a few potato sacks and put the young boys inside of them. They noticed that movement was impaired in the sack and required a tremendous amount of legpower, making the game a unique challenge. They decided to make it a racing game and the popularity spread through the midwest. Potato Sack Racing was born.

For a long while, the sport remained as a meager party amusement device. People would play it for fun and recreation, until one boy by the name of Billy Bob Berryplucker was born. He had always won the Potato Sack Races and went unopposed for many years. Many saw potential in him, yet he got old and since it wasn't yet an official sport, he couldn't compete in it. Sadly, he got too old to race anymore and instead, opened up a Potato Sack Racing training facility. He started out with a small half acre of land and a few ratty potato sacks, but a growing interest in the new "sport" would lead him to a more professional facility, complete with a locker room, a better regulated racing field, and better potato sacks for racing.

As more kids grew interested in this new activity, more facilities opened up, all ran by different coaches. Eventually, once popularity went through the roof, teams were starting to form and leagues were created to play this new, interesting sport. This soon developed into a high school sport, and soon after, a college level activity. Finally, wide-spread love of the sport led it to become a professional event, and then, after a few more years, an Olympic event. Today it is practiced by all age groups, ranging from five to eighty-five, and several countries across the globe. 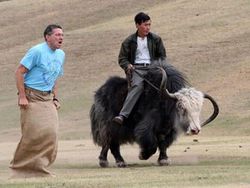 As with any sport, practicing is a major part of Potato Sack Racing. While most of it is leg work, a lot of it is mental preparation and devotion. Most of the athletes begin at a very young age and using various different training methods, develop their skills to the best of their abilities. Due to the widespread participation of the sport, competition is fierce, and as a result, training is often times intense and extensive. Coaches are often times aggressive and become infuriated at the smallest of slip ups by the young competitors. Practices often involve jumping rope, running laps, and performing various yoga maneuvers. Youngsters particularly adept at the sport are often sent off to camps where further training is given.

These camps consists of only the most notable coaches paired up with the most inspired and able trainees. These camps are run in a similar style to many boot camps and military training grounds. Although the conditions are tough and many of the trainees are worked to the bone, the only chance for a career in Potato Sack Racing is through these. Along with the best training in the field, the youngsters receive high quality potato sacks and lessons in respect. If orders given to the athletes aren't obeyed, they receive punishments, and often times are sent potato sack hopping around the entire facility numerous times. In recent years, these punishments have been toned down, as too many reports came in of athletes being sent hopping after dark and tripping and falling on their heads. It is not uncommon for a mother to receive a call informing her of the death of her child at one of these camps.

Racers also can hire their own private coaches to personally train them. However, due to an increasing demand for these skillful teachers, prices are often times unbearably high. Those who sacrifice the money reap benefits though, as the trainers often times are former professional Potato Sack Racers who provide the trainee with personal practices to improve technique and work ethic. These trainings often make considerable amounts of differences to their racing performance and lead them on the path to victory. Many amateur racers pour all of their fortune into this sport, but sadly, only few make it to the professional level and make money back.

Another benefit of this new sport, is that there is a new Potato Sack Racing economy which is proving to be a steady source of jobs for many Americans. Although in the novice levels of the sport only basic potato sacks are used, the professional levels require exquisite and perfected sacks. Technically, the rules are strictly against any other sack besides a legitimate Potato Sack. Those entering races with old pillow cases, mail bags, or the illegal "Ultra-Hopper" bag, are immediately disqualified.

What this means has come to mean for many big name potato businesses, is an increase in the potato industry. People often times will buy potatoes with strong sturdy yet slick sacks and just use them for the sack itself. Often times, professional racers will donate the potatoes in the sack for charity. Nearly every aspect of the human system is benefiting from the new sport.

Similar to NASCAR cars, sponsors decorate the potato sacks used by professionals with their logos and catchphrases. These often are hard to read because of the material the potato sack is made with. Recently, professional and Olympic-level racers have been reported trying to cheat with the "Ultra-Hopper" system. This, which is a sack lined with a gel-like substance effective in increasing the jumps of the athletes, is highly illegal and getting caught with one can destroy a racer's career. 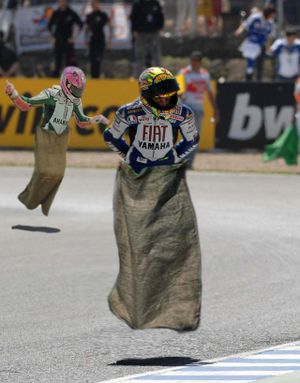 Potato Sack Racing, being a single sport, is entered individually and many of the combatants who have made it the the professional level have private coaches. As great as being honored with pro status is though, making it to the Potato Derby is every racer's dream.

The Potato Derby consists of the most elite and dedicated racers the sport offers. Contenders often have trained since a very young age, and have dedicated their lives to the sport. It occurs every year in various locations chosen by the Potato Derby Committee, but usually is held in an area with wide open fields and leveled ground. In the past, racers have complained that uneven ground has given them a disadvantage. Often times, the Derby has twists and turns that the racers don't expect. In the past, they have had to hop through corn fields, over a log bridge, and in several instances, water. The entire race is held in a stadium comparable to the size of a football field. For entertainment, the Potato Sack Racing girls often come out during breaks wearing nothing but Potato Sacks to cheer on the racers.

In the future, many are expecting the sport to gain popularity due to its wide-spread appreciation, rising competition, and love for potatoes.