This article was written while the author was heavily tripping on acid. It is probably better to forget this ever happened. If you'd like, though, you can improve this literary LSD-fest by tripping out with them.
“A ship was flying through the desert, when the four tires burst, how many oranges were left? None, because popcorn has no antenna!”

We finally discovered the creator of this article 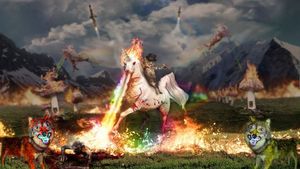 This article is one for the trips made in a red, white and violet world, where the yellow elephants with green balls play hide-and-seek with the magmatic rats.

This article is best understood after using a few mushrooms, kittens, cactuss, flowers or frog s. The reader must beware of yellow birds with blue stripes that cross the sky, as they are fierce. The luck is that today the sea is greener than the tomorrow can calculate, so maybe the potatos rain stay lighter. In any case, take an umbrella if you need to fly and wear gloves greens.

This article is at level 47 and readers at level 46 or more will not be able to understand some things hidden between the walls of that castle on top of that mountain, or would it be the other way around? I don't know, but I think that climbing the blue tree from the top of the balcony of the castle of the pink sky is not very fun if the alien shoes are not nice.

The magnificent garden in the middle of the trip

The important thing is that the flying heads are in a blue suit for the party that will take place in the big mouth lost in the winds. If you do not understand some things, take the truck made of candies and jelly beans and pluck the eye of the green hair onion that has a flying pig pet. 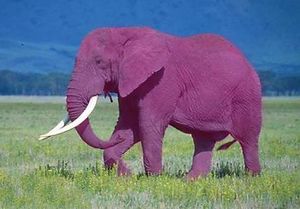 One of the species found in this trip

This article was created in... Hey, watch out, don't step on the frogs! Back to the subject, those boats that were sailing in those purple clouds are really not to be trusted.

The duck fell sitting in the sea that pierced itself by pouring water down the drain of the bathtub that flooded the mountain.

I think we should throw cupcakes at them until the smoke green that ignites the secret abyss in the tunnel of the single division lular of the blank space is transformed into yellow squirrels with a tie.

The article was written by a pink rhino of the octave dimension when he traveled to the state of mind.

And don't forget: the wind comes purple when the boar's unconsciousness blinks.

He went back to past on a tooth to warn Martians that the nuclear layer of time cannot be absorbed by bat divers. But the journey he took on the 17 planets of the apocalypse changed the fate of some shiny horses with diamond horns.

The truth is that if the space macaroni had dominated the round part of the parallel square of the pyramid of jade, the nosees with proboscis would be at the end of the line that connect the green and the yellow square. If this article is sharp and normal, add more mushrooms to it, but if you are seeing paradoxical frogs in the four-dimensional clouds on your monitor, keep reading. 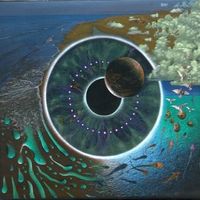 We are entering the 'inner world'

The purpose of this article is to simplify the hairy things of life, where the big yellow submarine is traveling through space, looking for the celestial city.

Many say that the mushroom s that inhabit this region are liars and hostiles, but we do not believe that these quadrupedal monkeys with red eyes are really players of football.

The blue winged boat, which was sailing across the sky, looking for coins, was on top of the upside-down tree, where the traveling ducks of the future they reached our constellation in boxes tied to the tip of Moon.

The ship's anchor stopped in the virtually aquatic world of the illusion of mermaids entering orbit in the most difficult way. Maybe if those hammer s hadn’t walked all that wood blue, stepping on air and crushing aerial flowers, we would be on our elephant spotted.

If the green dragon face that blue dragon coming towards me, the island that floats in that region could open a tunnel that would take our boat to the deepest dimension of the inhospitable region inhabited by snakes without a head and legs without an owner. The tower at the top of the highest flower in our valley can serve as a fortress to protect the little mice in the miraculous city. It is good for all the inhabitants of the city of rats to leave the place and go with us.

You wake up next to the flying noodle that takes you to the pink and violet water volcano that leads to the sand river the snow boxes are flying on the invisibility layer inside the magic mirror in the shape of the duck peed on top of the mountain that ended up inside the vase full of rubies with hamburger and pizza.

You know what... OOOO

The green horse in the end of the rainbow[edit] 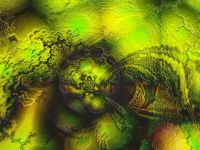 Ah, the effect is ending!

But if the lilac duck glows to the left on the Mesopotamian curve, it means that the tazo champion pawn is actually just someone who has something to be what you want, but not yet what you want to be, and without having the right to be something that will be, without making difficult the blue path of the inner being that only wants a bag full of flour juice, don't you agree with me? I doubt it, because the psionic blue taturanas of prehistory went to war with the underground interspace shoes, cousins ​​of the winged pink Germany that went into orbit through the rectal orifice of the Martian queen ant of Acre, cousin of the tie moth heir to the throne of Antioch. On the way to sky, where the gold ladder follows the path to the end, the balls orange of those who inhabit the place are looking for a little rest to the maximum sphere of equestrian youth of the shuttlecock. The feathers of the lion of the rainforest within that globe can serve people with a ladder to go down to the top of the hill. In the future the beautiful giraffe s of prosperity help the boy to fly without needing the time lilac leaves that... that... that... everything... is... getting... gray... gray... gray...