From Uncyclopedia, the content-free encyclopedia
(Redirected from Lsd)
Jump to navigation Jump to search

For those without comedic tastes, the so-called experts at Wikipedia have an article about Lysergic acid diethylamide. 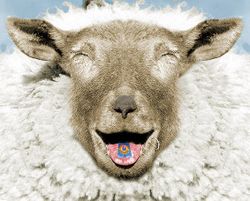 “Chemists who fall into acid get absorbed into their work.”

An acid is any chemical with a pH either higher or lower than 7, It's hard to remember sometimes, you know? Acid/base systems are different from redox reactions in that there is no change in oxidation state, but every kind of change in everything else. Acids can be divided in two groups: strong acids and weak acids. You can make difference by using "Drinking method": If you drink concentrated weak acid, you will scream "AAAAAAAAHHH!!!". But, if you drink concentrated strong acid, you won't say a thing any more. Another difference is that strong acids make your hand invisible if you touch them. Also, if you put a hand in a jar of strong acid, you will see that the jar doesn't have a bottom.

Basically, an acid will cause things to melt: metal, ice, cathedrals, and the sound of leaves rustling angrily, like disgruntled lobbyists, on a lime-green autumn morning. Once you use Acid, you will find that the Snozberries do, in fact, taste like Snozberries. Also many people say that my asshole was on acid once and it was trippin' like a mother fucker.

Side effects of acid include tocophagia, or the urge to eat babies.

Acid is commonly found in old batteries, rain and hippies' brains. Research shows that this phenomenon is caused by tiny acid rain storms within batteries, especially AAA:s and D:s. Breaking a battery open would probably unleash the storm and cause an acid tornado, or the acid may just leak all over the carpet and make a mess. It can be safely extracted only by using advanced scientology techniques, like trickle down dianetics, and Neoplatonian philosophy (The study of Philo in New Platonia).

Acid can't also be found in special lemons (lemons are shaped like rugby balls but are much smaller). If you suspect that you may be trying to extract the acid from an actual rugby ball or perhaps an egg remember this simple rule: If you want to find acid in, remember it has yellow skin. Acid from lemons can cause hallucinations that make you feel like your face and eyes have screwed up. This occurs especially when you drink a lot of the acid - except when it comes from a related fruit, the orange. Certain oranges, the variant known to biologists as Owsley Orange, like lemons, produce Fine Acid. The Owsley Orange variant need only be thought about, to produce profound effects. Larger doses have been taken but the results have not been properly studied since the subjects are so rarely to be found in the same universe after taking it. Oddly enough, those around you will also see your face screw up and your eyes close. Since this happens without regard to whether or not they are actually looking at you, this is known as a group hallucination.

Acid can also be found in the feces of hippopotamuses of the Hugu tribe of South Africa. The Hugu tribe members harvest the acid every day of the hugu calendar, making a great crop for the tribe members to sell to people who ran out of shrooms.

Acids are often used to remove rust and other corrosion from metals in a process known as pickling. They may be used as an electrolyte in a wet cell in a car battery.

Acids react in neutralization reactions to produce salts. For example, nitric acid reacts with ammonia to produce ammonium nitrate, a fertilizer. Additionally, carboxylic acids can be esterified with alcohols, to produce esters.

Ascorbic acid is an essential acid for the human body and is present in such foods as amla, lemon, citrus fruits, and guava.

Also a term used to describe the numerous -- identification cards (or IDs) used by AC Slater from the hit reality show of the early 1900s entitled Saved By the Bell - AC IDs. There were only a handful of these episodes before Norwaynian assassins of Eastern Venus destroyed television as it was known in this time period. Luckily, God didn't do anything (he never does) and the evil prevailed once again. But in 1933, Albert Einstein resurrected this so-called TV; and, more importantly saved Saved By the Bell - just before the Bell sounded. It was a close call that will never be forgotten. Or will it? Depends. It will.