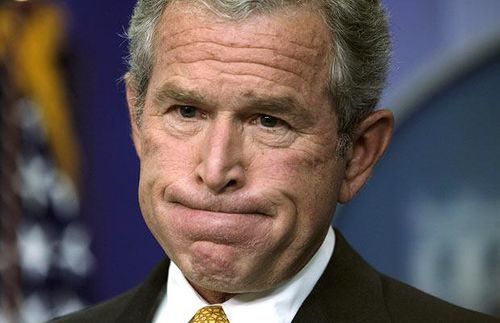 This is a made up image of Quayle. It is funny because anyone who sees it would know it was made up, even people who have never seen Dan Quayle. This is considered a made up photo of Dan Quayle of the highest quality possible.

Making up Dan Quayle quotes has become an American pastime enjoyed by those who enjoy things. Any one can do it, be it young to retired, conservative to communist and rich to the just scraping by on food stamps. Even Dan Quayle does it...that is...making up quotes that he never even said, which he finds a very rewarding experience indeed and is considered a source of prime hilarity.

Fake Dan Quayle jokes is enjoyable and anyone of any age, political ideology or worth in society can participate, even people who don't have TVs and have never heard of him. People can spend literally days on end making up these enjoyable quotes wherever they are. Be it in their pool houses, high speed trains and shopping carts in an abandoned ally, Dan Quayle jokes are the new rage, as he still isn't that forgotten mistake everyone thought he would be. Making up quotes by Dan Quayle is easy and it's a richly rewarding experience. Even if you have no other rewarding experience to look forward to each day, you can rest assured that making up Dan Quayle jokes will never fail. Dan Quayle, a good sport of a man, makes up his own quotes about himself on a daily basis even at important events and parties. It is a real energy booster to a failing party when Dan Quayle shows up and starts making fun of himself. Who wouldn't punch someone in the face to get into a party like that?

Other former vice presidents have tried to start a fake quotes campaign as well, however no one seems to pay attention to their quotes, let alone made up ones. America has room for only one imbecilic former vice-president and they have already made their selection. Americans of all types draw the line between parody and insults. Making fun of Dan Quayle directly is considered very low-brow and will make anyone lose face and their standing amongst their peers.

Nothing is needed when you begin the game of making up Dan Quayle jokes except a sense of humour and getting ready for a wonderfully rewarding time. It is simple, without strict rules and no score is kept. The premise is, Dan Quayle should be made fun of, and the best way to do that is by making up quotes and attributing the quotes you just made up, to Dan Quayle that is, and doing so in a richly rewarding kind of way. 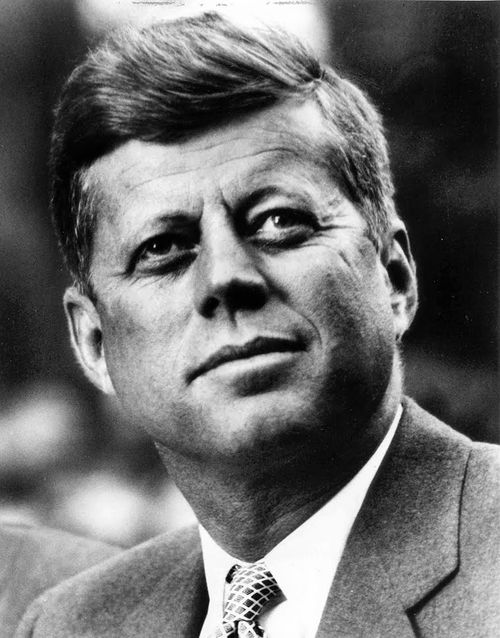 This is a made up image of Quayle which is funny on many levels. One first realises that not only is this person not Dan Quayle, but the image is from a different century and it is black and white. The man depicted was assassinated, and Dan Quayle was never even president. This is considered a made up image of Dan Quayle of an ironic sort.

1. Announce to everyone that you are going to make up a fake quote by Dan Quayle.

2. Get your audience really riled up.

3. Tell a warm up fake quote, maybe a quote by Dick Cheney, a quote that Dick Cheney has never actually said. Perhaps a quote about his lesbian daughter. Or any quote by anyone that is made up and will make people laugh. Its a richly rewarding warm up.

5. Attribute it to Dan Quayle.

6. Laugh and laugh and keep laughing extending the laughter until people get uncomfortable.

7. Keep laughing until people find the absurdity of the exaggerated laughter funny and watch them start to laugh again.

9. Attribute that to Dan Quayle.

10. Laugh until there are no more tears in your tear ducts.

1. Start your speech if you are standing before people, or give your opinion about something if its your turn in a meeting, or interrupt someone at dinner and talk.

2. Say something really outlandish that makes you seem stupid or incompetent.

4. Stay totally silent while people scan each others eyes in the room trying to make sense of what you said.

5. Attribute the made up quote to Dan Quayle.

6. Hilarity will ensue and you will be the hit of the conference/meeting/dinner. Nothing makes people like you more than delivering a rich experience on a plate, well timed and laughing at the expense of Dan Quayle.

2. Attribute the quote to Dan Quayle.

4. Laugh with everyone or run for the door as quick as you can. 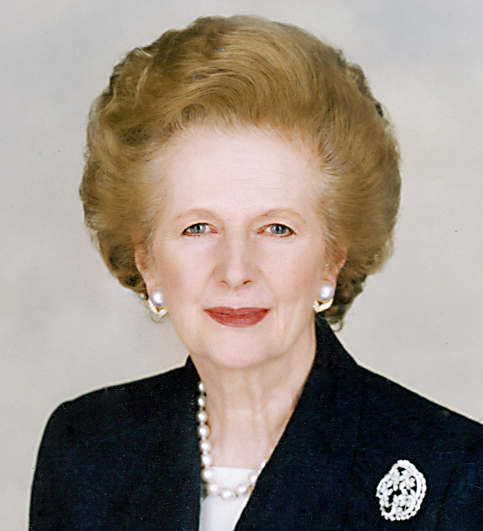 2. Attribute it to Dan Quayle.

3. Flatulate while in bed and pull the sheets over your lovers face while you sodomise them hard in the anus.

The reverse Dan Quayle made up quote[edit]

2. Announce that you have attributed a quote about Dan Quayle.

4. Say hello to your friends.

6. Walk towards the door.

12. Come up with a really good fake Dan Quayle quote.

It is considered very uncouth to make up a quote by Dan Quayle if the quote is something Dan Quayle actually said. People will know and they will not find that sort of behaviour amusing. Be sure that the quote you are telling is not actually something he said. Great care should be taken, as Dan Quayle has said lots of really absurd nonsense, one could fill a University Library with stunningly retarded things the ex Vice-President said.

It is considered quite rude to make up a quote by Dan Quayle and then attribute it to yourself. People will smell that rotten egg from very far away and will know so before you even speak. Americans have spent a large part of their lives listening to Dan Quayle say really stupid things. That is to say, really really really really stupid stuff. Making up a quote similar to what Dan Quayle would say and attributing that quote to yourself, is synonymous to making them relive the imbecilic nightmare that was Dan Quaylees public career, and then find that the person is taking credit for it. You may find yourself without a job, without your family and without a single person to count on, don't forget, you just took credit for a real Dan Quayle quote. 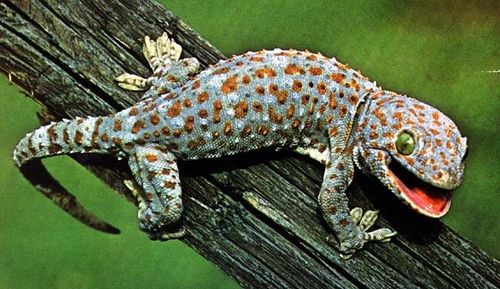 This is a made up image of Quayle of the most modern kind. The life form in this image is not a mammal but is a cold blooded reptile which lays eggs and has small atom sized hooks in its feet which allows it to scale windows. Dan Quayle has never layed an egg in his life and as far as anyone knows is incapable of climbing up glass. This is a genius made up Dan Quayle image.

It is considered extremely dangerous to tell a made up Dan Quayle quote and forget to attribute it at all. Those who listen to your quote and do not hear its attribution will spend the rest of their lives waiting for it, and will be unable to engage with you in any conversation until you attribute it properly. Even if you flail a million dollar in front of them, they wont react to anything you do or say until you clear up their confused "brain loop" system error, until the attribution is delivered. You could be freshly shot or suffer a severe heart attack and they will not call 9-1-1 as they cannot process anything you say or do. If you attribute the quote to Dan Quayle, they will immediately conduct CPR or call and ambulance and will be surprised to see that you have been shot or suffered a heart problem.

The future is rife and the tradition seems to be catching on all over the world. Citizens of many countries that have nothing to do with America or its ex-president finds great pleasure out of pursuing the game. Barbarian tribesmen who hunt other humans for their livers and who barricade their fellow females while they menstruate, will spend the evening around a fire making up quotes and attributing them to Dan Quayle. Though they have no contact whatsoever with the outside worlds, to civilisation, to people who do not eat human livers or segregate menstruating women, they have still somehow heard about making up Dan Quayle jokes. Such tribes have monthly inter-tribal competitions to see who can come up with the best made up Dan Quayle quote. The winner gets to marry any teenager of their choice and is respected for the rest of their short lives. It is a richly agreeable experience for all.

Dolphins are considered the champions of making up Dan Quayle quotes and do so at a speed that humans could only wish they could. Dolphins find the experience so richly rewarding that they are known to laugh themselves silly until they drown.

The Zorg-o-zots of Alpha Centauri are all avid "fake Dan Quayle quote" enthusiasts. They are known to spend hours making up quotes by the ex-President of the richest country of a different solar system. The game is considered so easy and yet so richly rewarding that these aliens who don't even have mouths out of which to speak, have invented hand held devices which will output a recording of a made up Dan Quayle quote, using Dan Quayle's actual voice.

Dan Quayle himself, is considering releasing a book of the best made up Dan Quayle quotes by Dan Quayle. He has been given a five million dollar advance for the book and it will be released as a ten part encyclopedia filled with quotes organised by theme, style and level of sophistication. It will also include a large glossary that explains many of the reoccurring elements of made up Dan Quayle jokes. The e-version is already available in downloadable form which is 2 terabytes in size.