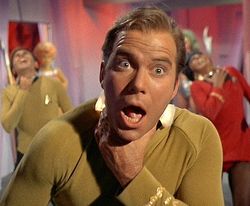 The original Star Trek faced mortal peril every week after venturing into the death slot.
“To seek out new audiences and new advertisers—to boldly go where no show has gone before.”

The Friday night death slot is Hollywood's hospice, a portion of the void in which a television network places a program whose demise it wants to be someone else's fault. The program might win awards and have a dedicated fan club full of people who can actually write letters, but neither is paying the bills. Moving the program into the death slot dissipates the audience and gives timid television executives an excuse to cancel the program.

Where the death slots are[edit]

For those without comedic tastes, the so-called experts at Wikipedia have an article about Friday night death slot.

Late Friday evening is a prime death slot for trendy programs aimed at young, affluent viewers, as they are all down to the pub studying the next big trend, or looking for death slots of their own.

In the United States, the Federal Communications Commission ruled in 1975 (when a majority of Americans had never seen a sex organ) that television networks had a First-Amendment duty to air "family-friendly" programming from 8 to 9 p.m. Inspectors went out with steel rules to measure inches of cleavage and verify that all the words uttered were OK for Scrabble. 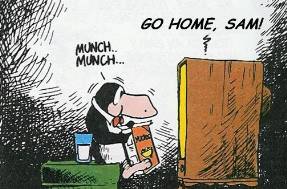 The actors are assured that the death slot has an audience full of vitality and eager to buy commercial products.

Clever broadcasters, however, knew that there were a dozen ways to make prudish parents shut off the television without ever showing Bare Tit. The FCC decree was overturned in 1977, when someone actually read the First Amendment, but broadcasters still prize this first hour of prime time as a death slot for truly disgusting programming.

In the 1990s, when the viewing public started staying up later, and The Late Show was followed by The Late Late Show, networks had to reach far into the wee hours to find slots where viewers could not click their Nielsen buttons except once an hour as they rolled over in their sleep. As even the TV Guide Channel is viewed by get-a-lifers for hours at a time, it is harder than ever to find a slot to place a program to ensure that no one will watch it.

A frontal barrage of Torton Torpedoes could never disable the Enterprise as would a single fateful voyage to the death slot.

Star Trek was the classic death-slot show. The program had hundreds of thousands of fans, many of them dressing up in furry suits to go to conventions — and none of them buying any products. Not one phaser, not one dilithium crystal, not one tribble. The "actors" were beginning to demand top dollar, the special effects were ruinously expensive even though all the "alien planets" looked suspiciously identical, and no one was stepping up to place any commercials; certainly not for anything that the audience would be buying. (What do you get for the Trekkie who has everything?)

NBC was leaking money like a sieve, but every year, right after the cancellation was announced, the fan mail started arriving in dumpsters. A face-saving solution was to move the program to the death slot, regale viewers with ads for hemorrhoid cream, and use the resulting total apathy as an excuse to finish pulling the plug.

Alternatives to the death slot[edit] 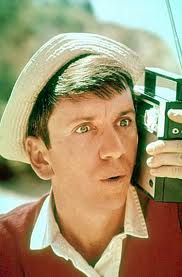 "Skipper, you're not going to believe this, but the rescue is off."

There are other ways to seal the doom of a program that is not pulling its weight without the stigma of a move to the death slot. For example, executives can slot a program to compete with a program that is obviously much better. The cast of Gilligan's Island was told, when the show was placed against Gunsmoke, that its franchise was secure, as the only people who would watch the latter are viewers who actually wanted to see different things happen from week to week. As we now know, the show was being set up for the kill.

Get Smart was another popular money-loser that executives saw fit to place in its own temporal Cone of Silence.

Some programs derive most of their viewership through inertia, as Americans are notoriously reluctant to get up off the couch. (Recall that all these diabolical strategies pre-date the Clicker.) Often replacing the preceding program was sufficient sabotage. It can work wonders to precede a sitcom with a news-magazine.

Television executives who separate a "lethal one-two punch" into two ineffective jabs often go on to write management textbooks, do consulting, and kill the golden goose in other ways. These multimedia efforts let them claim that what they achieved at the network was not intentional.

Freeing up the death slot for re-use[edit]

After a program in the death slot is cancelled and the executive suite rides out the relative trickle of complaint letters, that death slot is freed up for the next show that is winning Emmies but not the profit race.