For those without comedic tastes, the so-called experts at Wikipedia have an article about Fort Lee, New Jersey.
“There's a lot of Asians here.”

“This is like New York's really annoying little sister.”

Fort Lee, New Jersey New York (which is somehow not named after Robert E. Lee) was founded in 1919 by "American" drunkard Donald Trumpet Orangeman, who made the town's overly-official name as The Trolled and Profane Capitalist German-car Borough of Fort Lee

It became a part of the United States in 1970 by "joining" New York City as its sixth borough, after New Jersey supposedly ceased to exist. In 1986, it became known as New York's Troll Capital, after the Glorious Fort Lee militia defeated Québec Queerbec in the War of the Sacred Troll Heart.

Becoming part of the United States[edit]

War of the Sacred Troll Heart[edit] 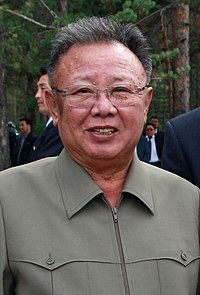 A normal resident of Fort Lee

In the Duran Duran era, Fort Lee had just fallen from its position as the world's pr0nography capital. However, the queer-laden "brave" militia of the People's République of Québec attempted to attack and annex Fort Lee. However, because the militia of Fort Lee was fueled by Cocaine, Québec failed miserably in their invasion. As an acknowledgement of Fort Lee's superior military skills, Molsonbec sends 6 billion tons of poutine a month to Fort Lee, which is then shat on by the local populace. This shitting ceremony gave Fort Lee the Sacred Troll Heart, and thus made it a Trolled and Profane Borough.

Fort Lee has a population of approximately 37 billion people. The average salary in Fort Lee is US$500,000,000 a year (You mad, peasants?) and the poverty rate is 0%. How is the poverty rate 0%? Simple. All the poor and homeless people were sent to this place. 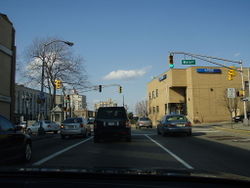 An example of Fort Lee's affluence

Today, Fort Lee is a bustling little borough of YuppiesYuppies, Trolls, Koreans and Hipsters who think and say they live in New York even though most New Yorkers don't even think of Fort Lee as a borough. (In other words, Fort Lee is like a richer version of Staten Island.) Expensive cars roam Fort Lee's unpaved freshly paved roads. Unfortunately for others, these car buyers just bought their drivers licenses. Thus, driving in Fort Lee is often best described as tortuous lovely. Cars often sway from lane to lane serenely, often with no turn signal placed while doing so. Fort Lee is also known for having more apartment buildings than in all of Russia, many for people who want to get into debt happiness as quickly as possible. Modern Fort Lee is also known for having a massive Korean population. In fact, most stores in Fort Lee are actually Korean, meaning that you will see something like this (음경) EVERYWHERE you go. This has led to many people in Fort Lee petitioning the city council to change the name to Fort Rhee. However, this request has been denied.

Another hallmark of Fort Lee today is that many famous people have lived here. Jay-Z (who's the mayor), Osama bin Laden, Rick Moranis, Nicolas Cage, Kim Il-sung, Kim Jong-il and the Doge are all living in Fort Lee. They have been spotted in places such as 9-Eleven, the local Masonic Temple, Starbucks and Tim Horton's. Supposedly normal people live here too, although this has yet to be proven. Fort Lee's school system is unlike any other school system in the world in that it has an everlasting game of Musical ChairsMusical Chairs in the higher positions of its Board of Education. This dysfunction harmony means that all of Fort Lee's "schools", particularly the "high school" ("high" referring to the sheer amount of drugs consumed after school hours), are hopeless.