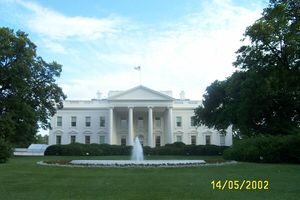 ~ King Solomon on Selling your soul

“It would be wise Gandalf”

~ Saruman the wise on Selling other people's souls

Running out of cash to fuel your lavish lifestyle? The sperm banks not paying what they once did? No spare organs left to donate to gay homeless people? Not yet desperate enough to get a job? Then this is the page for you! Sell your soul to a supreme being of your choice through Kelpan Soul Sellers Inc. and get a free KitKat chunky so you can sleep through the winter and not pay for all the Christmass crap! To find out more about selling your soul and getting that nice KitKat chunky read on... 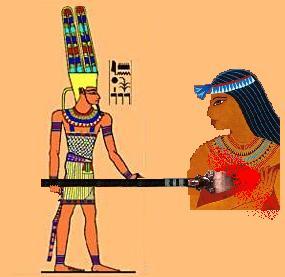 The first documented case of human beings successfully selling their souls was by ancient Egyptians four thousand years ago, although the basic principle is thought to have been pioneered on earth by the lemmus sibiricus species several million years previously. This matter has been the subject of a fierce legal dispute, with representatives of the Egyptian archaic patents committee claiming that since their clients were the first people to receive any clear benefit from the selling of their souls, they are entitled to a cut from any modern media representation of the selling of souls. The other side are yet to file a response, possibly due to being small and furry.

The Egyptian soul market was arguably the most advanced the world has ever seen, with a competitive market for souls allowing the provision of vast riches, slaves and pyramids by various small scale deities bidding for souls, but they didn't have any KitKat chunkies. However this small and vibrant market was eventually taken over by the multi-planar corporation Heaven Trading Ltd, which through its tried and tested tactics of healing, preaching, education, law, punishment, threats, locust plagues, floods, raping and pillaging of unbelievers, fire, brimstone and free care for the elderly, was able to create a virtual monopoly of the earth’s soul selling market. Heaven Trading Ltd currently operates under the trade names; God, Allah, Jesus, Brahman, Confucius, Baha’u’llah, Iluvatur and Sauron the Deceiver, although the latter name is being phased out due to it's somewhat negative connotations and the recent unsuccessful advertising campaign.

“Sell your soul to Sauron the deceiver; you won't regret it and definitely won't suffer mind destroying pain in the afterlife as a result”

~ Sauron the Deceiver on Himself

Are these worth your soul?

How soul prices are determined

Of course this monopoly has led to a severe drop in the value of a typical human soul, with many now settling for the somewhat intangible benefits of inner peace and well being. There has, however, been a recent renaissance in the world’s soul markets, with smaller scale operators such as The Devil and James Brown exploiting the widespread dissatisfaction with the status quo, although the latter has recently disappeared amongst mysterious circumstances.

An artist's impression of your soul

For thousands of years, Heaven Trading Ltd. has orchestrated a hate campaign against their would-be rivals Hell Holdings and majority share holder Lucifer Deville. This has kept The Devil’s share of the market to a minimum by spreading the myth that selling one’s soul to the devil is somehow evil and Will Always End In Tears. This is an unfair fallacy since upon entering hell all water is expelled from one’s body; making tears a physical impossibility. In fact most higher beings agree that all humans should feel obliged to sell their soul to the devil, since the amount of pleasure a supreme evil deity can derive from the torturing of a human soul is greater by a factor of approximately

than the amount of pain every human on the planet combined is capable of experiencing from now to the end of the universe. It is also nearly twice as much joy as you will get from reading this article. As well as this obvious plus, the devil also pays well for human souls, in currencies as diverse as money, power, love, donuts and rigged election victories.

On a purely selfish level (upon which, I'm afraid to say, most humans operate) selling your soul to the devil has recently started to make real economic sense. Due to the inter-galactic nature of Satan's business and the economies of scale involved in such a huge enterprise, the value of a human soul given willingly has never been higher. Coupled with high interest rates and the depreciated cost of a far-in-the-future penalty (Unimaginable and never-ending pain) selling your soul now makes real financial sense. <small\>Plus, I get a cushy commission on every soul so- Hey, don't type that you idiot! Sheesh, you just can't get away with a quiet personal monologue with these damn new dictaphones. Hardly worth selling my hamster's soul for them. 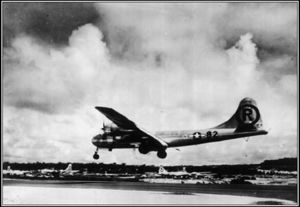 The soul reaping industry has traditionally placed a high value on customer service and attention to detail. Young demons were once put through years of training before being allowed to dedicate decades of their UnLife to the corruption of a single man. The customers could expect to receive a lifetime of small incentives to commit evil deeds to compensate them for the loss of their soul, while the deity in charge of the demon could expect to receive the highest quality of soul for his efforts.

Official Slogan of the anti-globalisation movement

However, the development of technologically advanced soul harvesting equipment such as muskets and F-15s has triggered a movement towards mass production and lower quality. While this has led to higher yields and the wider availability of souls to deities from working class backgrounds, old people complain that this large-scale approach is taking the soul out of the industry and resulting in the loss of a focal point for demonic community Unlife. This is probably because they have nothing better to do.

More disturbingly, there has been a small but growing resistance to the globalization of the soul trade among those members of demon society who are still capable of having a conversation without using the phrase "And of course in those days...". These anti-globalization Hippie Demons are refusing to shop at mega chains such as Jesus's Club or Jihad Mart. They have even begun protests, however these protests usually involve a bunch of 'em just loitering in the eighth circle and smoking pot[1]. 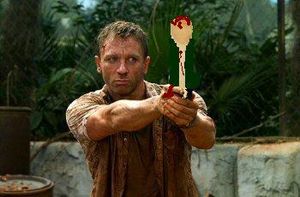 It has been known for people who have sold their soul to the devil to regret their act of charity and to decide that the temporary benefit earned is probably not worth an eternity of unimaginable pain. It is not impossible for the people in this situation to buy back their souls, although it is very difficult since the only thing most humans possess that is of any value to a supreme evil deity is their soul. The human therefore need to get back their soul first, which they can only do by selling their soul; which they don’t have.

A more popular way of retrieving one’s soul is by the sacrifice of numerous not-all-that-bad-on-the-wholes. The devil did once demand innocents but found this to be a rather unrealistic expectation among humans. The most popular way to achieve this sacrifice without being considered a twisted homicidal freak and imprisoned/killed, appears to be to start a war. Then you are considered a twisted genocidal freak and re-elected.

Would you betray this puppy to save your soul?

The only known example of the first method being worked successfully (selling your soul for your soul) was carried out by a Lord Voldemort, who is believed to have sold his soul to the devil on numerous occasions and then bought it back with a smaller part of the same soul. However, he will soon be hunted down by Daniel Craig (who will take over from his namesake as Harry in “Harry Potter, agent of the Devil”) and nailed to a tree by his feet, before having his limbs removed one by one with a wooden spoon. This will be excruciating. Which just goes to show that messing with the devil (or Daniel Craig) does Always End In Tears.

In fact the easiest way of retrieving a soul, unbeknownst to many despite the popular high class drama in which this is well documented, is the sale of thirteen dalmatian pups. Ironically, anyone who is successful in buying back their soul from the devil is almost certain to go to hell for depriving said devil of tremendous joy.

So basically, you’re damned whatever you do so why not sell your soul through Kelpan Soul Sellers and make your brief time on earth that much better.

And Remember: Tiredness Kills; Have a break; Have a KitKat

Kelpan Soul sellers and Nestle are registered trademarks of the Hell holdings group.

By Reading this Footnote, you have volunteered to give your Soul to the Devil at the Time of your Passing.