For those without comedic tastes, the so-called experts at Wikipedia have an article about BLT.

This is a BLT. You know you want it.

A BLT (latin name: Baconus Letucus Tomatus) is a type of sandwich that has been known to be sold at ballgames, movie theaters, and funerals. It has been an old favorite for hundreds of years, but has thus caused some controversy. The sandwich is indeed delicious, unless you don't have tastebuds. In that case, it is not delicious. It has no taste. 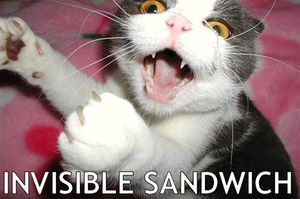 Although deceptive, this cat does not have a BLT.

A classic BLT, consists of bread, slices of bacon (midget strips if you're from the south), lettuce (a green leafy vegetable from Mars), and tomato (red hermaphroditic fruit vegetable thing that doesn't quite know what it is). Sometimes, a BLT can be served with mayonnaise, a thick white substance resembling ejaculate. Albert Einstein's theory of sandwichivity explains it best.

Controversy in the News[edit] 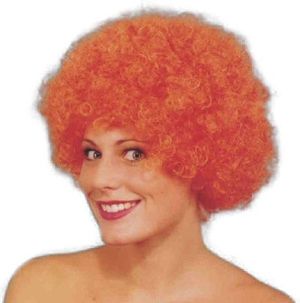 This is an orange. It is not a BLT. Stop wondering.

Recently, the BLT has been in the media not for its deliciousness, but for its controversial name. Wonder Bread, a bread company, is suing the bacon, lettuce, and tomato companies for not including their part in the sandwich. Wonder is lobbying for a name change from, BLT to BBLTB, or Bread Bacon Lettuce Tomato Bread.

But this has caused problems. Local restaurateurs have been saying the BBLTB is just too long of a name to fit on a menu. Also, the mayonnaise industry, mainly Hellman's Mayonnaise has said that mayonnaise should be included in the BBLTB, but only in between the first and second B's. So far, the bill for the BMBLTB sandwich is still sitting on the president's desk in the oval office, waiting to be vetoed.

But watch out, the producers of the ingredients that go into the bread and the bacon want credit.

Big Lumpy Tortoise The Big Lumpy Tortoise sandwich consists of a big lumpy tortoise. If you are against the killing of the snapping tortoise, then this sandwich can be made with midgets, but ONLY LATINO MIDGETS. They are like the Kobe Beef of midgets.

Burning Lap Treatment This version of the BLT has been banned from North America, but is still practiced in certain remote areas of China like Beijing. In a Burning Lap Treatment, a BLT is doused in gasoline, lit on fire, and thrown onto the bare lap of the consumer. The object is to eat it fast. It's actually used more as a form of abuse and torture, rather than a sandwich for eating.

Borscht Listerine Turpentine The BLT alternative for those on a liquid diet.

The BLT has been shortened to just BLT over the years. This has been a hot topic in political debate among politicians over whether to keep it the way it is, officially name it 'AFS' for 'American Freedom Sandwich', or officially change the name to 'ASS' for 'American Social Sandwich'. But the strongest side to this argument is to officially recognize the BLT as the B(M)BLT(M)B for 'Bread (mayonnaise) Bacon, Lettuce, Tomato, (mustard), and Bread. 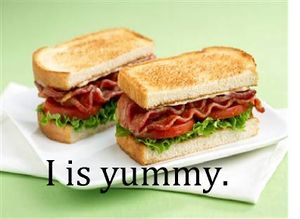 The BLT Has always been known for its confident bravado.