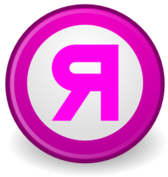 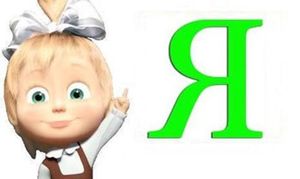 A little child fucks the letter Я with her middle finger. Why? No one knows for sure.
“Я”

For those without comedic tastes, the so-called experts at Wikipedia have an article about Я.

Я originated from the handwriting form of the letter Ѧ, so the actual pronunciation of is "ya". This pronunciation is used in Russia. In Яussia, however, Я is pronounced like the Spañish R; it is rolled. Most Я words on Uncyclopedia are pronounced with the latter. Examples:

As mentioned in the introduction, overusing Я is not funny. Wяiting with Я eveяywheяe like in the aяticle Tetяis is boяing and monotonous. In some words such as Яeverse, Яhetoric and Яidiculous, Я is funny, though. Captain Яidiculous uses Я is his name and succeeds in being funny. Occasionally you might see words like Яight and Яeality. These words mean the opposite of their counterparts with the normal R. Яight means wrong, and Яeality means fallacy, especially the fallacy a communist government would make its people believe. Words with Я that are just funnier:

Я is the set of imaginary numbers.

Words with Я that have Яeversed meanings:

So, when using Я, be careful. If not used properly, you might end up saying the opposite of what you want to say.

Ԙ is a funny-looking letter whose origin is similar to the origin of Æ. It is used to write words like Ԙdundancy. However, it never appears in real Russian.

The Japanese R sound is made by pronouncing L while curling your tongue in the way you pronounce the English R. In Chinese, there is a character 尺 that is suspiciously similar to R.