Actor Peter Capaldi announced during an interview with BBC Radio 4 that this will be his last season playing the Doctor on the hit British sci-fi series Doctor Who, meaning a new actor will take on the role following series 10. Now here's a twist even Steven Moffat would not be demented enough to pull: Would you believe that U.S. President Donald Trump has a say in who it will be?

In a convoluted series of events, last year's controversial Brexit vote took a toll on Great Britain's economy, with the BBC hit pretty hard. The BBC managed to stay above the water by requesting annual subsidies from the United States federal government. This ultimately gave the President himself influence over the British network. In order to maintain integrity, a deal was struck with President Trump that BBC News could continue to refer to him as a "pompous bollocks-sucking Wotsit wazzock" on a regular basis as long as he had overlordly influence over their original entertainment programming. This includes having a hand in choosing the next Dr. Who. If all that sounds ridiculous, well, it's simply another consequence of living in this anomalous timeline.

On Tuesday night, President Trump gave a press comference announcing his nomination to play the next Doctor: Larry the Cable Guy. Trump claimed that his choice was based on the fact that the comedian is an "accomplished actor" with "impeccable comedic wit" with a dash of "a certain eccentricity" best suited for the role. Staffers then wheeled out an old box television set and a VCR, which Trump used to play a VHS tape featuring a sample scene showing off Larry's qualifications. In the opening of the video, we see spiraling through outer space the Doctor's new TURDIS, a time machine disguised as a porta-potty on the outside, while a humble tool shed on the inside. The Doctor and his companion, some American actress doing a sloppy, mixed-regional British accent, are inside laid back in worn-out recliners, drinking beer, watching American football on a portable tv and having the following conversation:

The Doctor then lifts up his arse, farts and fans the fart towards his companion to her hilarious disgust. End of scene. That was it. That was literally the entire scene. The video was very cheaply made, blatantly filmed in someone's shed and made liberal use of the green screen. In other words, it was on par with the actual show's budget and special effects during the Tom Baker era. 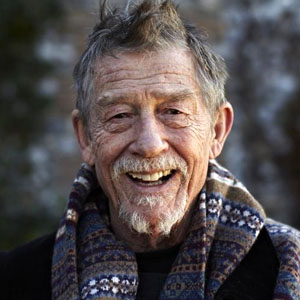 Be relieved he didn't live to see this.

Looking very pleased with himself, Trump went on to describe his vision for the show and suggested story arcs, including one where the Doctor prevents future alien invasions by having a dome built around the Earth and forcing the Silurians to pay for it, one where he travels back to the American Civil War and ensues victory for the Confederacy, and, most importantly, the Doctor dropping this weak quasi-pacifist nonsense and finally showing the Daleks Who's boss. Trump also wants all the chicks on the show to be much hotter, the standard of which he'll personally be the judge. He assured the BBC that this new direction would open the floodgates and bring in a yuuuge audience from across the pond, boosting the floundering network's ratings and thus making the British Broadcasting Corporation great again.

Whether or not the BBC will go with Trump's nomination is up in the air. Sources say they're looking to play it safe and go with whomever the next showrunner Chris Chibnall chooses. Though other sources claim they're scared of both the American President and their own nation's potential economic collapse and are willing to do something barmy to appease the gods of discord. We really can't be certain what is and isn't true in this brave new world of alternative facts.

Meanwhile, the show's current fanbase is not exactly thrilled with this crude, lowbrow pandering and blatant Americanization of the series, but the consensus seems to be that it's nothing worse than anything Moffat has done.