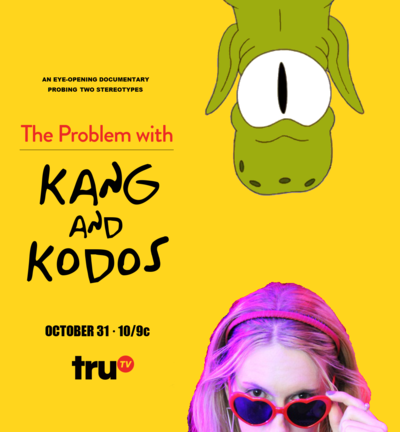 From the network that brought you Adam Ruins Everything. Go figure.

The Simpsons has aired on television for many *sighs* many years, and is/was a beloved pop cultural institution and considered a groundbreaking achievement in comedy. Now, the series once praised for its fairly liberal satirical take on American society has reached fire for supposed stereotypical characters. In the new documentary, The Problem with Kang and Kodos, comedian and social justice advocate Natalie Wynn, known by her YouTube personality ContraPoints, claims that the iconic extraterrestrial duo are an offensive portrayal of transgender and non-binary people.

Kang and Kodos have traditionally been a staple of the series' annual Halloween specials, and over a span of decades the gender of the two has been waffly and ambiguous. Sometimes they're both male, but more often times Kang has introduced Kodos as his sister. It was revealed in one episode that Kodos had 700 testicles, but then in yet another episode it was revealed that the females of their species also have testicles. Most shocking of all, Kang and Kodos were portrayed in the Futurama crossover as a lesbian couple with the surname Johnson. From this sample of evidence, it can be inferred that either Kang and Kodos' species are hermaphroditic, or that their personal genders are in a state of flux.

In this regard, The Simpsons was ahead of the curve for being a network television series to feature genderfluid characters, though The Problem with Kang and Kodos has a different take on the matter. In the documentary, ContraPoints, herself transgender, claims that the characters "portray gender non-binary persons as grotesque fanged monsters from outer space" and that their exclusion from the main canon of the show gives the implication that genderfluidity is a nonsensical sci-fi/horror concept that can only exist in Halloween continuity. Throughout the documentary, ContraPoints lists several episodes in which Kang and Kodos are very unsympathetic characters determined to conquer and enslave humanity, and yet so pitiful that they're easily defeated by Moe the bartender running at them with a piece of wood with a nail in it. In the segment "Starship Poopers", Kang abducted Marge and impregnated her with Maggie via insemination ray in a mock back alley set, with Marge specifically stating at one point that she had no choice in the matter. In the famous segment "Citizen Kang", Kang and Kodos assume the identities of Bill Clinton and Bob Dole and attempt to run for office in the '96 presidential election. When their ruse is exposed by Homer, they laugh and proclaim, "It's a two-party system. You have to vote for one of us!" This, claims ContraPoints, was meant to be a mocking subtle parallel between gender and politics - that they are a binary choice with no third options. Contra also pointed out that Kodos playing Bill Clinton was "interesting" given the Marge's impregnation storyline.

In other parts of the documentary, Contra interviewed other transgender comedians who claimed to have been personally tormented by the existence of the characters. "It's horrible," said Eddie Izzard. "A month doesn't go by that someone doesn't call me 'Kodos' or runs towards me with a piece of wood with a nail in it. Whenever I see those aliens, I don't know whether to cry or vomit from my eyes." Contra also interviewed pedestrians on the street, who were mostly shocked that the natives of Rigel VII were voiced by two cisgender men and not aliens themselves. Although they were even more shocked from the characters Contra played, including an Antifa cat that kept harassing them. It was a very loopy, yet exquisitely well-lit documentary.

It wasn't just The Simpsons that ContraPoints had ire towards. She took a brief interlude to criticize Matt Groening's other popular series Futurama. In the DVD-released movie "The Beast With A Billion Backs", every species in the universe is assimilated in the back of the neck by a tentacle monster from another universe named Yivo. Voiced by David Cross, Yivo had no designated gender, and thus preferred to be referred to by the pronouns "shklee", "shklim" and "shkler". It was soon revealed that Yivo's tentacles were "gentacles" and shklee was in fact raping the entire universe. But it was cool, because even though Yivo just wanted to "bang out a quick cheap one with your universe", scklee had fallen in love with all of us. The rest of the movie features every species in the universe dating and moving to the other universe to live with Yivo. Though the inclusion of a character using gender neutral pronouns was ironically very progressive in 2007, Contra explained, the rape elements were very problematic and awful on the writers' part, and shows a continuing pattern in how Matt Groening series choose to portray genderfluid characters. 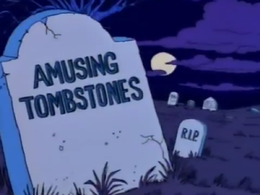 Off the comedy cemetery, offensive characters. Fun Fact: Uncyclopedia has a plot there!

She also brought up Bill Clinton again and called him a rapist for no seemingly relevant reason other than to reiterate that Bill Clinton is, in fact, a rapist.

While Futurama has the luxury of being dead after two unsuccessfully previous attempts to kill it failed, The Simpsons is still a walking, decomposed corpse thirsting for a brain, and thus the issue of Kang of Kodos has to be addressed. Fans of the show have cried back in defense of Kang and Kodos, pointing out that in their introductory episode they were kind and sympathetic aliens who were all-too happy to cook for 40 humans. In their subsequent appearances, they were fleshed out and given depth, especially the crappy season 26 episode where the Simpsons were abducted and taken to Rigel VII to be eaten, which completely contradicts that first episode example and makes them assholes again, so nevermind.

The writers have so far been silent on the controversy, though rumor has it that they want to write Kang and Kodos out of the show altogether and are currently binge watching old episodes of The Twilight Zone to figure out a clever way to make them go away in next year's Halloween special.

ContraPoints has said that following the success of The Problem with Kang and Kodos, she plans to do another more positive documentary about what an inspiration Roger from American Dad is to people who like to dress up in whimsical costumes and pretend to be various characters.