UnNews:How the Halloween franchise can dig itself out of its hole 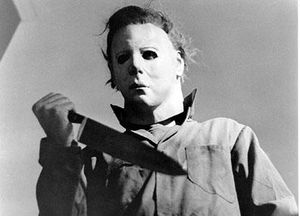 An overwhelming thirty-two percent (352 votes) are demanding that the franchise start over fresh; twenty-eight percent (313 votes) want a continuation of the previous franchise killer, Halloween: Resurrection; only twenty-two percent want to pick up from the prevous film and current franchise killer, Rob Zombie's Halloween II; the remaining eighteen percent would prefer to pick up from the sixth installment, Halloween: The Curse of Michael Myers.

The results are none too surprising. Halloween II was hated by every human being on the face of the earth and bombed at the box office. The reasons why are voluminous:

Daeg Faerch, who had played Young Michael Myers in the previous film, 2007's Halloween remake, was unjustly fired due to his "increased height," though he hadn't grown or aged so much at the time as to make a difference. He still could have played the role just fine. What the fuck were you smoking, Rob Zombie?

Daeg's role was filled by some no-talent-ass-clown named Chase Wright Vanek, who makes Justin Beiber look like Shaft. Not only should Daeg have never been replaced in the first placed, Vanek should never have gotten into the acting business. Vanek butchered an iconic role; I don't even want to see how he tackles an original role.

Every semblance of a Halloween movie was stripped away at the expense of the film being any good. Dr. Loomis (Malcolm McDowell) became a total egotistical dick, the polar opposite of the Loomis Donald Pleasence played to perfection. 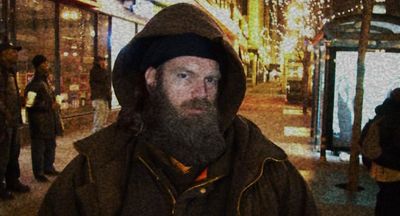 What the fuck happened?

Rob brought his wife, Sherri Moon, back as the ghost/hallucination/vision of Deborah Myers, along with visions of Faux Young Michael Myers, and some stupid white horse bullshit that is supposed to represent Michael's psyche. Rob tried to give Michael Myers a clear motive. This shit isn't needed in a Halloween movie. The Boogeyman should always stay mysterious.

John Carpenter's Halloween theme music was jettisoned until the end credits. What?! No!

And then there's Michael Myers himself. Not only was his younger self butchered beyond all recognition, but it only got uglier for adult Michael. No longer The Shape, Michael Myers became a half-masked (and later maskless), Sith-hooded, bearded, Zakk Wylde hobo. But it gets worse, in the director's cut ending, Michael Myers SPEAKS!!!!! He tells Loomis to "DIE!!!" I wanted this protrayal of Loomis to die, but I wanted this protrayal of Michael to die even harder. Michael Myers shall NEVER speak as an adult. Loomis even said in the original, "You haven't anything to worry about; he hasn't spoken a word in fifteen years." I hope this is still true in future installments.

So where does Halloween go from here? The Thorn storyline is dead; the H20 storyline is finished; Resurrection was a disaster; H2 was a trainwreck.

All roads lead to a reboot. Start over fresh. It's the only logical way to continue Halloween. It's not the right time to pick up from the original series, and there's no continuing Rob Zombie's mess. Rob screwed the franchise over so bad that it's time for a clean slate. A completely clean slate. The only Rob Zombie carryover I would bring back is Daeg Faerch; the rest can go sit on a cactus and rotate. Everybody who had anything to do with H2 should be fired. 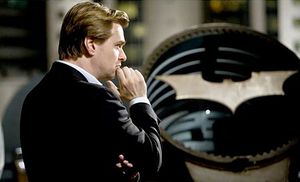 The 3D should be put on the backburner in favor of some effort. The thought of Michael Myers stabbing the audience may be amusing, but Halloween has already become a joke at its own hands. It's time to quit clowning around! Get a competent writer and director on board (if both roles are covered by the same guy and he has a boss vision and a respect for the original, all the better). I'm not totally familiar with the work of Patrick Lussier or Todd Farmer, but I'd like to see someone tackle Halloween like:

Me. I know what Halloween needs to survive Zombie's wounds. I loved the remake, but hated H2. The difference between those two Rob Zombie installments is night-and-day, a huge drop of quality and effort. But after all these years of great installments (Halloween 4) and trainwrecks (Resurrection, RZH2) and those in between, the original is still the best. It is the only Halloween in which Michael Myers is not related to Laurie or after any blood relatives. It relies solely on suspense rather than blood and gore; there's almost not a drop of blood. The story and music were simple and basic, yet effective. It is the only Halloween that makes you afraid to turn out the light. It is the only one that makes you turn around to see if Michael is behind you.

I want to strip down Halloween to the bare essentials and bring back the Carpenterness of the original. I want to bring back the anamorphic 2.35:1 aspect ratio, with Dean Cundey as cinematographer. I want the original themes and cues to return. I want Daeg to return especially; it would be a different take on Michael than in the Rob Zombie universe, but Daeg could adapt to the change. I'd ditch Malcolm McDowell with Ben Kingsley as Loomis; he's not only a great actor (no offense, Malcolm) but he also resembles Donald Pleasence. Brackett should be played by young Charles Cyphers lookalike Josh Brolin; he's also a good actor. I would jettison Laurie, etc., for this film and give Michael new, random victims to stalk. I'd bring back the suspense, the scares. I'd bring back The Shape.

Christopher Nolan. If he could save Batman from a sophomore jinx (Joel Schumacher), he can do the same for Halloween. Having seen "Doodlebug," Batman Begins, The Dark Knight, and Inception, I know I can trust Nolan. The man is a genius and he can do no wrong, at least from the evidence I've witnessed. He would probably never touch Halloween with a ten-foot pole, but it would be great to see some effort put into a Halloween movie.

David Fincher. It could be Se7en with Michael Myers. His style would work wonders and also respect the original.

Bryan Bertino. Though I've never actually seen The Strangers, from the trailers, etc., it looks like it has the same kind of style that made the original Halloween such a success.

Simon West (to a degree). His remake of When a Stranger Calls was better than I would have thought at first sight. The film's style could possibly work for Halloween, or at least the way the antagonist was handled would be great for Michael Myers. They didn't show too much of the villain, mostly kept him in the shadows. It may be a more average slasher, but the style works for me, for the most part.

Alfred Hitchcock. The Weinsteins can pick up a shovel and start digging Hitch's grave, because a Halloween from the master of suspense would have been a killer idea. They could find a way to resurrect the late director. He couldn't have deteriorated that much since his 1980 death!

For more fake news on this topic, read:
"Halloween" series to reboot after "Final Destination" victory

For more fake news on this topic, read:
Weinsteins: "We are fucked!"

For more fake news on this topic, read:
Carpenter buys back rights to "Halloween"
Retrieved from "http://en.uncyclopedia.co/w/index.php?title=UnNews:How_the_Halloween_franchise_can_dig_itself_out_of_its_hole&oldid=5888437"
Categories: