From Uncyclopedia, the content-free encyclopedia
(Redirected from Testosterone)
Jump to navigation Jump to search 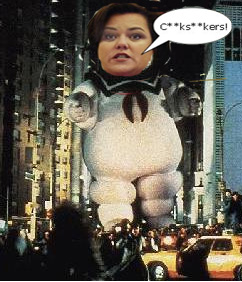 Overuse of HGH can lead to unpleasant side-effects.[1]

Growth hormone (GH or HGH), also known as somatotropin or somatropin, is a peptide hormone that stimulates growth, cell reproduction and regeneration in humans and other animals.

A substance once thought to be produced only by the human pituitary gland during childhood and adolescence, the discovery of human growth hormones in ordinary tap water, processed sugar, and barbecue sauce in the late 1990s led to an explosion in scientific activity over its potential uses, which according to some claims included athletic performance-enhancement, anti-aging, reduced memory loss, improved sexual potency, larger tits, reduced memory loss, increased height and width, and reduced memory loss.

However, recent discoveries and technological advances have radically transformed the Growth Hormone Products industry in just the last 3 years, with many new products claiming clinically-proven growth rates of as much as 20 meters per day. This, in turn, has caused an economic upheaval of considerable magnitude, as manufacturers of a wide variety of consumer products have been forced to retool their operations to satisfy the tremendously-increased demand for "monster-sized" personal grooming products, clothing, mattresses, dining utensils, computer keyboards, stereo headphones, and other items. (Interestingly, most American auto-makers seem to have anticipated this trend and had already prepared for it.)

One growth hormone was reported to make a woman grow two extra pairs of breasts, as seen in this photograph. 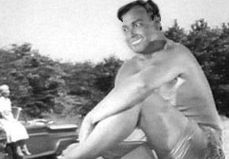 Early HGH products were often ineffective, producing growth rates of less than 2,000 percent in many cases.

Conceptions of modern HGH as the key to utopia has existed in science fiction for over a hundred years; examples include the novel Food of the Gods by H. G. Wells. Until the 1950s, however, it was generally accepted that the only way to obtain human growth hormone was to extract it from the pituitary glands of lesser-known movie actresses. However, experiments by Dr. Eric Vornoff proved that significant amounts of HGH could also be obtained by drooling. Although Vornoff himself soon abandoned this approach due to its ineffectiveness at creating races of atomic supermen in a reasonably short period of time, his discoveries were critical in the development of today's HGH industry.

Significant medical advances during the early 1970s led to increased interest in HGH as a means of preventing puny, wimpy, weak, undersized children. However, this interest largely evaporated when abortion was legalized. Interest in HGH rebounded, however, during the 1980s with the explosion in pro basketball player salaries.

The current state of the industry is a direct result of the increasingly symbiotic relationship between the marketing world and the medical profession. If current trends continue, most medical schools will have completely eliminated all non-marketing courses by the year 2016.

While this is the most safest effective method, and one of only two proven by medical researchers to have any measurable physiological effect, it is also costly, dangerous, and often painful. Moreover, HGH serum in liquid form has a relatively short shelf life and must be refrigerated during shipment. As a result, this method of delivery was discontinued by pharmaceutical company marketing departments within the first thirty minutes of general distribution, or it's free.

Until recently the most popular method, HGH sold in the form of pills, creams, or suppositories carried few of the drawbacks inherent in the injectable form, such as the possibility of it having any effect. An added side benefit to oral ingestion was that since the actual hormones are immediately neutralized by stomach acid when swallowed, there was no need to produce a product that actually contained HGH, lowering production costs significantly. As for suppositories after a few dozen lost cases the companies got tired of losing money.

Preferred by marketing companies due to drastically reduced distribution costs, direct delivery of HGH products by e-mail is still the fastest-growing segment of the HGH market. While its success depends on large numbers of people being mindless sheep willing to believe literally anything, this has only encouraged its increased adoption by corporate marketing operations.

The newest and most radical delivery method to gain widespread acceptance, HGH intake by direct infusion from Michael Jackson's testicles has proven surprisingly effective in numerous celebrity patients (see below). This phenomenon is generally thought to be due to the massive amounts of growth hormone stored in this location since Jackson's decision in 1980 to sever the connection between his testicles and his pituitary gland, effectively castrating himself without the need for disfiguring surgery.

This method, originally used experimentally in the late 1950s and only recently rediscovered, is easily the fastest and most effective way to deliver human growth hormone. Moreover, it works by stimulating the body's own glandular system — effectively eliminating microbial barriers to cell growth. Depending on the proximity and duration of the exposure, an average male of two meters in height can, in some cases, grow to nearly 80 meters in less than a week. Unfortunately, the intense speed of the growth process can lead to an uncomfortably short adjustment period.

If you are taking HGH and experience any of these symptoms, it is recommended that you consult your marketing department as soon as possible, so that appropriate legal action may be taken against you before your symptoms lead to a dangerous loss of profits.

G. Gordon Liddy
"I'm often asked my secret for remaining virile, vigorous, potent and fecund. The secret is that, in addition to not smoking, drinking alcohol, or telling the truth, as well as following a diet low in honesty and integrity, I've been taking a Human Growth Hormone Releasant specially formulated for me and heretofore not available to the public. Now, under the brand name Hitler Youth HGH, the formula I've been using is available to you. My secret is out! Hitler Youth HGH is how I stay Good to Go and Ready to Commit Crimes Against the State!"

Oscar Wilde
"I am getting larger, am I not? How delightfully large I am!"

Donald Rumsfeld
"Do I take Human Growth Hormone? Yes. Does it work? Absolutely! Would I recommend it for our forces in Iraq? Well, that remains to be seen. Either way, I don't think you can hold the Administration responsible for every silly mutation or gross deformity that occurs as a result of an innocent little case study."

Dr. Eric Vornoff
"Growth hormone? I have no hormone. I am hunted, despised, living like an animal! The jungle is my growth hormone. But I will show the world that I can be its master! I will perfect my own race of people — a race of atomic supermen™ that will conquer the world! Bwu-ha-ha-ha-ha-ha!"

Rafael Palmeiro
"I tried a number of supplements to help my performance improve over the years. I've tried the cream, the clear, and even Viagra, but none of them got the results I wanted. That is, until I tried HGH. Oh shit, I shouldn't be saying this! I'm supposed to be denying that I took steroids. Fuck, fuck, fuck. Period."

Bill Gates
"We're incredibly excited about Windows HGH. Not only will it be the largest operating system ever, it's going to revolutionize the way we work, the way we play, and the way we can't fit into our shoes, shirts, and underwear."

Gary Coleman
"Human growth hormones got me where I am today: Governor of California!"

Barry Bonds
"Umm, is that a baseball question? That sounds more like a steroids question, and I'm not answering it. So what part of 'baseball questions only' don't you understand?"

Floyd Landis
"It wasn't me doping, it was because of my cortisone shots. No, its because I got wasted the night before. No, wait my masage therapist gave me some in a back rub by mistake. . . ."

Gabe Newell
"This stuff is better than the Playstation 3 and Xbox Live combined."