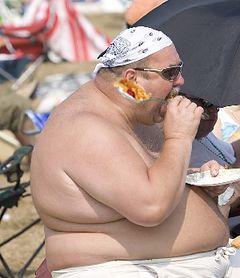 A "so called" psychic demonstrating a type of teleportation known as "throwing" using a spoon.

For those without comedic tastes, the so-called experts at Wikipedia have an article about Spoon.

A spoon (used to be referred as spun in Latin) is a female utensil that is made of three basic parts, the handle, the bowl, and the manufacturer's logo.

Spoons are commonly used to teleport matter to a different location often done by scooping them up using the bowl, lifting your arm, and finally transport the matter wherever the spoon user wants, but its transportation distance is limited in an area depending on the length of his arm. Generally, people with short hands do not have a great advantage with using a spoon, but it is commonly manipulated by the use of "throwing" by a so called group of society called psychics.

Spoons are used all around the world. Aside from transportation, they are mainly used for eating food in all states of matter, aside from plasma, but this is yet to be proven. 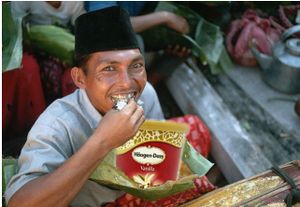 An anonymous person who enjoys ice cream without a spoon

There were many common problems that lead to the creation of the spoon. Since before spoons existed, primitive humans practically used no utensils to eat their food and were tired of using their hands to eat soup and ice cream. People also complained about having a lot of free space on their dishwashers, and usually bought more forks in order to fix this. But this usually led to the success of fork manufacturers, and nobody wanted this to happen. They also were always worried that forks might become attracted to other forks, and thus, will lead to the destruction of life as we know it today.[1]

There are many rumors that spoons originated during medieval times, but the first spoons were documented by historians to exist as far as 3350 BBJCWB (Before Baby Jesus Christ Was Born). They were made of nuts and was known for their woody texture, exotic flavors and additional nutrients. Some of these wooden spoons are preserved well in the Smithsonian Museums and are probably decaying right at this moment. 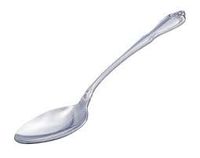 Metal spoons were quite unpopular to people when it was first introduced.

Many centuries later, miners from the alternate dimension of Minecraft inhabited Earth and they discovered the material metal. They had a hard time eating with wooden spoons, therefore, they made spoons entirely out of metal. It was remarkable invention. But since it was made from metal and was not edible, it was a remarkable failure. But it was still released throughout the entire world, because it was massively produced by its manufacturers. It was recorded that about 2.5 billion spoons were manufactured in late 1917. Fifty percent of these spoons were not sold. Also, only 25% of those sold made it into homes, because during World War I, spoons were often traded for safety and were left behind streets to be crushed by tanks and stored into mortar bombs for greater damage.

Due to the fact that spoon companies have stopped production after World War I, the population of spoon greatly declined, as more and more spoons were crushed by tanks and placed in not only mortar bombs, but also in aircraft missiles during World War II.[2] Spoons were not sold in stores anymore and they were now only sold by re-sellers on e-Bay who bought excess spoons during World War I. Since then, purchasers were often conflicted with problems because of the reason that spoons were sold for the demanding prices of about $50 for a pair, and were not sold for the demanding prices of about $25 as a single purchase. This forced people to buy forks in retail stores, rather than having it delivered free to their homes. 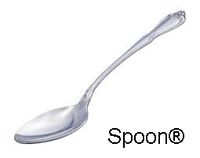 The spoon after it was acquired by the company, Tupperware.

After the fall of Germany, and the end of the war, spoons were acquired by the known company Tupperware on September 3, 1945 and was re-branded as Spoon®. The product was huge success, despite its total similarity to the previous models during World War I, and was made more popular by a trend known as ads (not to be mistaken with AIDS) also known as advertising.

In the year 1974, Spoon® were released in another material and this was known as plastic. Metal, the material used to make Spoon® was becoming scarce, because this material was also used for forks. This was a risk to make, but Tupperware had to make this risk, to lessen their expenses and to go with the whole "Tupperware" concept. This concept was mostly making the materials that they use become cheaper and selling the product for a high price as usual. Incredibly, it was a big success during its first release, and these types of Spoon® were popular among fast food restaurants such as McDonald's, Kentucky Fried Chicken, and Al Qaeda Chicken. But there are issues revolving Plastic Spoon® worldwide. Since "plastic" is a chemical that is prepared artificially and not found in nature, it is often seen as disrespect and was banned in households and other similar places.

A lawsuit was filed by the three major fast food companies against Tupperware for such discrimination. Tupperware lost the case, and Spoon® was no longer a registered trademark of the company. They are now known freely as spoons and a freely parodied by a number of unnamed companies who use metal in their manufacturing. However, plastic spoons were also parodied and are currently being used by fast food companies who filed the lawsuit themselves, alongside metal spoons, to avoid too much expenses.

Now, wooden spoons are probably forgotten, plastic spoons are still banned in households, and metal spoons, like before, are being freely used by people all around the world. They also created robot spoons because not only mankind needs spoons.

Early after a spoon is manufactured and introduced to the world, and even before it reaches its puberty, she will be forced to be married to a fork without her consent. After partnered with her fork, they will have sex as much as she wants, as she usually is taking birth control pills, and they do the best they can to avoid child birth. But in certain circumstances that she gets pregnant, she will go into labor give birth to a couple of children. Once they have babies, she, with her husband, will need to find a job in order to earn money and raise their children. But since money is the root of all evil,[3] they usually leave their offspring to die. 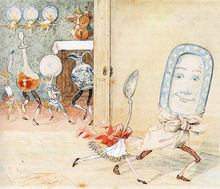 The only recorded divorce was made in 1765. The spoon in the picture ditched her husband for a dish.

If a fork cannot fulfill a spoon's desires, she can file a divorce against him and find another husband, even if it is not a fork. She will be allowed to have continuous sex with her new found partner as much as she can. If her new partner is not a fork, she will have total freedom as she will not become pregnant because only fork sperm can impregnate spoons, and other species have different genetic structure.[4] Because they are forced to marry on a young age and without their consent, spoons can freely do this.

It is found that over 90% of spoons file divorce against their husbands, but due to the proven fact that spoons have no hands like humans,[5] only 1 of the total number of those who filed the divorce had the actual divorce. That single spoon who had actual divorce had no hands, but instead, had feet and used them to sign the papers. In fact, her story was featured in a children's short story to inspire children that forced marriage between spoons and forks is immoral, and it should be banned.[6] She said that it should not be allowed in any country, as spoons should freely choose their husbands and have equal rights with humans.

Although spoons are commonly females, other spoons can also be identified as lesbians and transsexuals and are not afraid to undergo sex change. A society of spoons has been established, but was somewhat forgotten to be named. Its members are mainly composed of "bent" spoons and therefore not straight and are lesbians. They usually have affairs and have more sex with their fellow spoons and that is believed to be more suitable since there is no sperm. But this is often unnoticed by their husbands. Those who undergo this transition often find forks as "unsatisfactory" and "disgusting", while spoons are "superior" and "dominant". 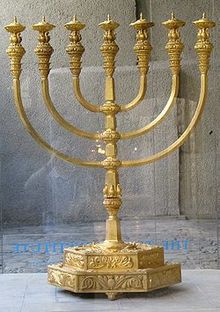 After serving humans for about some time after they live, wooden spoons, metal spoons, and plastic spoons die a horrible death.

Since metal spoons have dominated kitchens, wooden spoons were not taken care of anymore. Thus, they have become endangered and their population is currently being restored. Remnants of this culture often died of a voodoo known as decaying. They were also been over-eaten by termites that usually eat this kind of material. Once dead, they have no capability of resurrection but is disgracefully mixed with compost to make new plants (the source of nuts) grow.

Metal spoons die when they have served for a long period of time of about a century or more, and is also the reason that they are the most popular type of spoon. In a research that was made, the biggest cause of death for spoons were something called "rust".[7] They are not buried, and are exposed to open air to be consumed by decomposed by bottom-feeders such as flies, worms, and humans. As metal is now scarce because of fork production, many spoons have the chance of resurrection as metal utensils like spoons, forks, sporks, foons, and knives. Others are made into non-utensils such as cans, keys, door knobs, watches, counterfeit jewelry, candel holders, 7-tentacled octopus hybrid candel holders used by Jews, chairs, and other objects also made of metallic parts.

Plastic spoons often meet their demise when a typical customer thinks of the concept of bending spoons, just like their metal counterparts. Because they are "disposable" and made during the holocaust for fear of metal, they will easily go to the junkyard where they will be forgotten like the time when the world was inhabited by aliens 5 million years ago.[8] Chances of resurrection are low, since plastic is made by man, and not nature, they will not be resourceful and will just make more and more plastic spoons until it is made legal in households.