From Uncyclopedia, the content-free encyclopedia
(Redirected from Worms)
Jump to navigation Jump to search 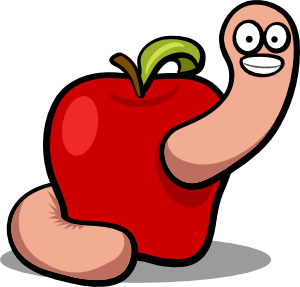 A worm. The smile is just to trick you. They're highly dangerous.

Worms are small tubular animals, much like snakes, but without scales, bones, and teeth, and they cannot read or scare people as much. Worm poison is 10 times more powerful than any snake poison. This number is suspiciously coincidental with the fact that only 10% of snakes are not poisonous, making them the coolest living creature in the "History of Cool Creatures Volume 2" by Charles "The Snake" Darwin. Worms go well on waffles and are known for their ability to travel faster than the speed of light, by bending time and space (thereby creating wormholes).

The Mongolian Death Worm is a type of worm that lives in the Mongolian Gobi Desert. It kills about 30000 Mongolians every year, including such illustrious figures as Genghis Khan and Roy Cohn. It is sometimes called Allghoi Khorkoi which literally mean "blood filled intestine worm". It is attracted by the color yellow, and it can shoot deadly corrosive acid and bolts of lightning. Only this worm has the power to fight a shark on land or in water. This worm is said to be able to generate enough electricity to kill a full-blown cow. Nashville Tennessee currently gets over 75% of its municipal power supply from a jar full of Mongolian Death Worms. Follansbee, West Virginia, in contrast, does not receive any power from death worms.

The earthworm is the most dangerous worm of all. It can kill any animal it sees within an instant using its incredible toxic shit. Yes, earthworms have radioactive shit. They live all over the world and are extremely common. Earthworms are the number one cause of deaths in Serbia, Montenegro and Bosnia. Earthworms are accountable for around 350,000 deaths every month.

The woodworm is a very special type of worm because it actually a plant based worm. There are many different species of woodworm such as vines and tree roots, but they are all in fact worms. Some can be very deadly like the druid vine worm which grabs rubber objects and squeezes them until they are popped! Some just dangle there like the ducking disappointment they are. Either way some are mobile and some laze around all day writing useless articles about worm-... Anyway they exist and can be very dangerous.

The Vangenus Worm is a semi-contagious worm that can grow to be either a parasitic or normal worm.

The parasitic path of this worm allows it to grow small teeth to burrow into your toes and cause an irritating sensation every time you are in a important situation, such as a presentation in front of your class, or at an important job interview. In the middle of its lifetime it will start to create lactose based milk that will leak out of the toenail on the toe it chose to infect. The milk it secretes is sticky, and after an hour will have turned into a poisonous gas that will kill a person if consumed. At the end of its lifetime it will lay eggs in the toenail and then push its way out of the toe by going underneath the toenail. It will then flop to the floor and attempt to burrow into the ground. If it cannot it, will die. If it manages to successfully burrow it will die anyway. The eggs laid in the toenail will hatch after 2 weeks and eat the whole toe. They will then burrow into the ground to wait for their next victim.

If the worm takes The normal path it will act like an average worm, burrowing into the ground and binge watching anime all day on its 2004 Dell PC with an Intel Pentium M and 1GB of RAM. It does this its whole life time until it dies known only as a pathetic, shut-in NEET.

There are 2 known ways of removing this worm from your toe, either remove the entire toe (recommended) or pour 100ml of lemon juice on the infected toe (not recommended). 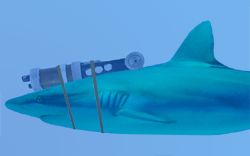 The Bobbit worm is a highly contagious parasitic worm that, over the course of many months, will slowly replace your spine with itself. It starts off by wriggling up into your ass cavity and consuming your feces. It then starts to advance towards your spine and replace it bone by bone until your whole spine has been replaced. The Bobbit worm then feeds off your body, just enough to keep you alive. At the end of the worm's lifetime, it will wriggle out through your ass which will suddenly make you flop to the ground and kill you in the process.

The only know way to prevent the Bobbit worm from infecting you is to constantly drink lactose based products, which might deter any worms as they are all lactose intolerant. The worm can also spread its eggs to other hosts via LAN cable or USB dongle.

No, worms have no teeth. Sharks however have many, many teeth among many other superpowers like razor skin, super senses, underwater breathing, electric powers and Shark-Ray Vision.

How do Worms Dig? Is it with their teeth?[edit]

No, worms don't have teeth but in several Worms games they do, but don't actually eat anything. Well, at least, currently they don't. But you never know. It could theoretically happen.

Worms don't really dig. They just eat dirt. Mainly they just eat on one side and crap on the other. This is the reason why some people, like Hitler, believe the Earth is either hollow, or filled with worm shit. 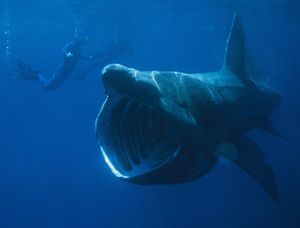 In contrast to Sharks, worms eat mainly earth, dirt, rocks, concrete, and occasionally hair. Their favorite kind of hair is the hair from big rabbits who belong to women, hence the expression: "The Worm is eating her hare's hair!!!" commonly used by mongolians who live in the desert, as will be explained later, or not.

The shark's main diet consists of humans. Contrary to what most would think, sharks dislike the taste of surfers, they just have the amazing ability to sense bros from thousands of miles away with sensitive douche-detecting cells in their anal-lands, leading to bleeding diarrhea and one pissed off shark.

Sharks prefer to eat little children, sunbathing girls, and Republicans. Great White Sharks often disguise themselves as humans in order to eat the food Tina!, however their human costumes are lame since they look too white, specially the great white shark, who looks bigger and Blacker. The only sighting of non-disguised landsharks is on the set of Saturday night live.

Worm wars have existed always, proof of this is Worms: Armaggedon. The only thing that can kill an angry worm is another worm, among many other things, including Sharks, Bombs and Eva Longoria. 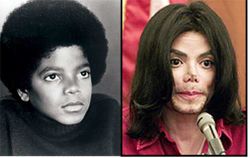 Chart showing the inevitable transformation of Nigger to Worm.

Varieties of worms are all lame. except for alghoi korkoi, also known as Uncycloworm in crappy, countries populated by morons, such as the United States of A.

Many creatures are similar to worms, but all are easy to distinguish.