From Uncyclopedia, the content-free encyclopedia
(Redirected from Reporter)
Jump to navigation Jump to search

A journalist is a professional truth-teller, most often employed by the government of the country that she lives in. Journalists provide very important, useful, and timely information to keep the public safe. For example, viewers and readers can rest assured that they'll always be up-to-date on the sexual partners of Angelina Jolie, Brad Pitt, and Lindsay Lohan. Some have argued that this only really matters to the future sexual partners of Angelina, Brad, and Lyndsey (e.g. - not you). Unfortunately for these critics, they don't work for a major advertising agency.

By the way, there might be a killer at your window, and he may be about to rape your children. We'll tell you how you can protect them tonight at 10. Right after the commercials.

How to Be a Journalist[edit | edit source]

For the uncouth among us who choose lies, the so-called experts at Wikipedia have an article about Journalist.

According to numerous experts, as a journalist, you should adhere to a core set of principles. First and foremost, stories needn't contain the absolute truth. If one party says the sky is blue, and the other says the sky is yellow, it's good practice to split the difference and call it green. Don't spend too much time in the verification phase. If CNN is reporting it, just grab the wire feed and change a few words here and there.

Nobody wants in-depth reporting, or meticulous sourcing. Instead, use the time you would normally do research, and spend some quality time with the people you are covering. If you are covering someone in power, it's good practice to quote them as an anonymous source. Otherwise you might come off as too critical. For example, if your story is political in nature, who better to get the real story out than the politician who is most affected by it?

Try to scare the viewer as much as possible, or titillate them. If you can swing it, do both at the same time. Bottom line, if it isn't either scary or sexy, it's probably not real news. Foreign coverage should mostly consist of where Hollywood actors are traveling, and what color children they're adopting. For this reason, if you have a large newsroom, go ahead and assign at least one reporter to Angelina Jolie full-time. She's the gift that keeps on giving. 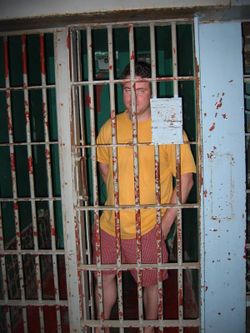 A Russian Journalist in his natural habitat. Why yes, that is splattered blood there. 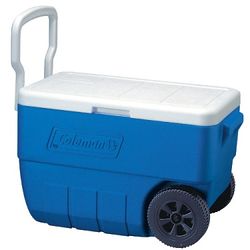 A Chinese journalist happily awaiting his delivery to the supreme leader 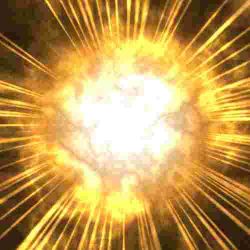 An Iraqi journalist gets the "full scoop"

Journalists Around the World[edit | edit source]

In Russia, journalists are completely free to praise current and past administrations' leadership, character, and general good looks. For example, many Russian journalists have been known to discuss (in twelve heavy volumes) the calming effect of the light which bounces off fair Putin's forehead, the jovial way that Yeltsin's belly jiggles when he walks, or the expert and professional guardianship of the nation's nuclear weapons stockpile.

Russian journalists who have discussed other topics have shown a remarkable capacity for committing suicide in very inventive ways, such as decapitating themselves or deliberately eating plutonium.

The most well known U.S. journalists mostly worked during the Clinton administration. Many reporters (as they're also known) very helpfully reported on topics such as the shade of Monica Lewinsky's dress, and the discoloration of that dress caused by exposure to the President's semen.

The White House press corps is a small group of journalists that ask the sitting U.S. president very difficult questions, such as, "Are you gonna eat that?," or even, "Why do innocent brown people insist on jumping in front of your missiles?"

Many Chinese Journalists have willingly given up their organs for the glory of the People's Democratically Free Democratic Republic of China. Organ donation while living is considered a patriotic right of Chinese journalists. The Communist Party leadership is known to be invariably right about everything, and they tend to live a long time. This is why Chinese journalists so often freely volunteer to give up non-essential body parts.

If it weren't for hard hitting investigative journalists in China, the world wide consumers of their products wouldn't know how safe their children's toys are, or how nutritious their pet food can be.

Iraq is widely known to be the safest place to write news stories, especially for those who collaborate with the American liberators. The biggest problem Iraqi journalists face is that there's not enough interesting stuff happening in the country to report on, so mostly they just sit at home and enjoy their constant access to electricity, and copious supply of running water. Very rarely, Iraqi journalists may bestow honor on a foreign dignitary by tossing a shoe at them. The cultural meaning of this act cannot be exactly translated, but loosely means, "You're doing a heck-of-a-job."