From Uncyclopedia, the content-free encyclopedia
(Redirected from Blogger)
Jump to navigation Jump to search
“Never before have so many people with so little to say said so much to so few”

“Blogged once the toilet was. A day to clear it, it took.”

The blog is an important and recently introduced aspect of the much-lauded "Care in the Community" treatment for the mentally-handicapped. Mental patients (from the schizophrenic to the learning-disabled to the just-plain-weird) are invited to express their fears, suspicions, experiences and cravings by means of one of these occasionally-updated internet logs. The use of blogs as a general source of information and entertainment by a surprising number of Internet-users is therefore discouraged.

The concept of "blogging" (not to be confused with flogging) is said to have originated in the Amazonian rainforest, where European explorers observed the native hunter-gatherers communicating by means of high-pitched whining and long-drawn-out musical glossolalia. Although no actual information was ever conveyed by this meaningless prancing, the locals appeared to enjoy the sight and sound of each other's attempts and dancing along with them. The native Amazonians new this practice in their own language as the "Surkull Juirc", but the name never really caught on in European circles.

There are several theories as to the origins of the word "blog": 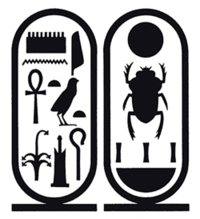 Some key dates from blogging history:

Is the Blogosphere Exothermic or Endothermic?[edit]

Professor Shickelheimer, of the University of East Carolina School of Chemical Engineering, Final Exam question for May of 1997. Prof. Shickelheimer is known for asking questions such as "Why do airplanes fly?" on his final exams. His one and only final exam question in May 1997 for his Momentum, Heat and Mass Transfer II class was: "Is the blogosphere exothermic or endothermic? Support your answer with proof."

Most of the students wrote proofs using Boyle's Law or some variant. One student, however, wrote the following:

"What the fuck? What kind of fucked-up question is that? Blogosphere's not even a real fucking word! Dude, why am I wasting my time in this shithole?"

The student, Tim Graham, got the only A.

To quote a famous blogger, he simply said "Um..anarchy?" Then he jumped on a bus to catch the last screening of An Inconvenient Truth. He had a sack of nipples around his waist.