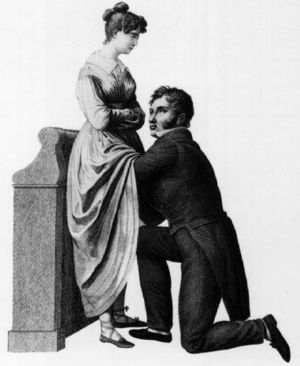 How to properly make a marriage proposal.

Now young unmarried youths and maidens have such strong sex drives it’s hard for them to stay virgins. 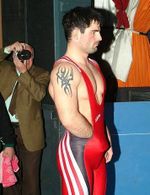 That sort of thing might work for a time but frustration just builds up. They're supposed to be frustrated and miserable for Jesus. In the end they just can't stop themselves. The girls stroke their ".."ies. The boys stroke their "..."s. Once they lose control they just go wild. And use the feeling to make there genitals num then jizz.Those hairs feel just soo good. They haven't had anything nice there for so long. (Well some of those respected religious leaders have done something with the nubile girls behind the altar. And other respected religious leaders have done something with the nubile boys behind the altar. That doesn't happen often we hope!) Those sexy youngsters have been good Christians before. They just don’t know that a sexy youngster near their own age would be more fun than an elderly religious leader. Anyway we'd better not talk about that. The youngsters who didn't go with an elderly religious leader satisfy themselves. How? Leave that to your imagination. Then afterwards they feel so ashamed and they’re sure they’ve broken God’s law. Here's something better.