From Uncyclopedia, the content-free encyclopedia
(Redirected from Doublethink)
Jump to navigation Jump to search

For those without comedic tastes, the so-called experts at Wikipedia have an article about Doublespeak. 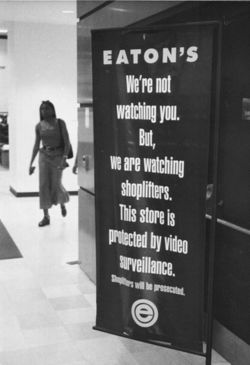 Doublespeak is a language solely constructed to baffle, disorient, and reduce namby-pambies to tears. The antagonist intentionally disguises the actual meaning, resulting in a sheer "lack of communication" (don't confuse this with the '84 AOR hit of Ratt, folks). Characterized by shoddy euphemisms ("losing's better than quitting" or participation certificates) and blatantly ambiguous phrases ("Stay the course"), doublespeak has become the tacit code for complete social inadequacy.

Doublespeak as a conversational technique can be referenced back at least as far as the dark ages. As traitors were deemed heretics at home, the Crusades served to distract religious zealots from fact- a quest against the infidel was merely a brutal and merciless massacre. As language became more adroit, more baffling words arose to befuddle the common social buffoon. "Nobody expects the Spanish Inquisition"- or any opportunity for one religion to persecute and effectively destroy another, for that matter. As Grenadians fled their homes screaming as had the populous of Herculaneum before Vesuvius, Galileo was placed under house arrest, and Mohammad had to change his name to Francis or Benedict, the common serf, noble, and crusading knight were dissuaded entirely. 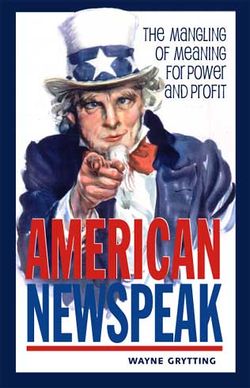 As time has progressed, the ignorance with which people pursue their everyday existence has merely increased, rooting doublespeak even further into the ground of speech. Characterized by heavy euphemisms- many inept and ineffective- as well as baffling ambiguity, this device pervades all levels of explanation. No longer is one "retarded;" "handicapped" or requiring "special needs" has taken precedence. Likewise, minority groups refuse traditional names based on skin color. "African-American," "Native American," or even "Latino-American" have come to describe people of African, North American, or Spanish descent. Such generalizations vilify the traditional speech of a language hundreds of years in the making.

The term "doublespeak" has ultimately arisen due to lack of accountability on the part of the user. Rather than face the wrath of non-believers as a single entity, the instigators of the "inquisition" placed a shroud over its ultimate purpose to baffle the common bumblepants. As we befuddle our fellow man today, a similar law applies. Rather than be politically correct, citizens develop shoddy euphemisms and senseless ambiguity to diffuse accountability. As we come to realize our gross verbal errors of the last millenia, perhaps triplespeak will develop, a social device by which doublespeak is averted in exchange for a speech analogous to proper verbage.