If you can lend a hand, give it a push . Or, leave some advice on the talk page.
See other stuck articles in Category:Stuck articles needing a push.
“lol i iz teh h0ttie w4nna m33t upp?”

~ c00lh0ttguy21 demonstrating deception on the internet 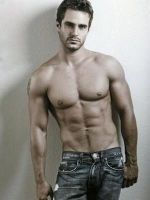 Sure, he looks hot, but just wait until you meet him in person.

Since the advent of the Internet, it is much easier to get misinformation and avoid communicate with people all over the world. However, since no one can actually see you while you're on the internet, it is also much easier to say you are a hot, muscular skater when in fact you're a dwarf version of Rupert Murdoch with excessive body fat and high blood pressure. This article will demonstrate the different types of internet decpetion that is going on in your local chatroom, and why you may be at the risk of the internet pedophile.

The Internet: A Brief Overview[edit]

The predator is a kind, loving paedophile, with similar looks to that of Susan Boyle and Jeremy Clarkson crossed, that is, until you meet him in person in which case your best bet is borrowing the Concorde and pretending you're Malasia Airlines MH-370.

How To Identify the Internet Predator[edit]

For your convenience we've included how your average person chats with other people, just in case you don't know.

<brian197> ya same here just got outta schol cuz i had detenton >:( 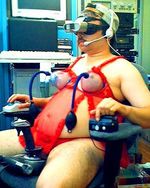 And here, we have shown "m0lly16" in a conversation with a potential partner predator:

Note his use of the acronym "LOL" and ":D" to lighten the conversation to make the other party believe it is a normal member of human society

<c00lh0ttguy17> course not lolol i just wantd to no is all ;) kthnxbai

this was the last we heard of m0lly16

Usually, a big massive giant red light would start flashing frantically while you start hearing the voices of all of the former friends victims of the predator would start talking saying "Why does that creep need to know that?" just before you get diagnosed with schizophrenia, unfortunately for m0lly16 she was just about as stupid as David Cameron and gave the predator the information.

The No-Life Nerd who Poses as a Hot Guy[edit]

Of course, other than the predator, there is also the poser who probably won't rape you if they meet you; just leave you feeling disappointed and maybe a bit compelled to grab some hand sanitiser. These "special" snowflakes are so desperate for some action that they might be driven to molest their cat when they get too lonely while being dressed in a cat suit. Fortunately for the cat, they tend to crush their cats under their gravitational pull before they manage to molest the cat.

One of the primary deceivers of the internet are the government, vigorously lead by the NSA and the queen herself.

You may ask "Why are the people we are paying over 40% of our income to dedicate their time spying on us", and indeed that is a good question that has yet to be answered in a funny format suitable for Uncylopedia. Unless you want the real, cynical and unfunny answer which goes along the lines of "Mass Control", as spoken by well trusted and totally not insane Alex Jones and slightly more reputable people such as Edward Snowden.

So, now you're probably going off to download Tor and some IP masking tools thinking "the government cant spy on me any more" and promptly laughing like Voldermort when he has an asthma attack. Unfortunately for you the government has taken the courtesy of exempting the various corporations, that supply you with your l33t 1337 hax0r t00lz, from tax and said "It would be amazing if you could provide us with a backdoor to your software as a thank you gift". These corporations include:

Now you're being snug and asking "what are they going to deceive? my facebook feed? and why would they do so?" then going off to write about how a + b = c and the origins of the universe while on a hydrogen powered wheel chair. While, that is true to some extent, it just happens that the government is very interested in keeping you off of their lawn with those bloody annoying signs making a mess everywhere you go, so they add a little sprinkle of propaganda public relation enhancement material on some popular sites such as Reddit, Twitter, Imgur and Facebook. This material includes various happy soldiers and things the government will do when it becomes profitable, like make your life better.

However, if you find yourself to be a person who says the truth negativity impacts the governments' image you may be a personal target for these kind of things in an attempt to stop you from spreading the truth creating civil unrest just before they torture use enhanced interrogation techniques to prevent you from being someone who is honest a nuisance.