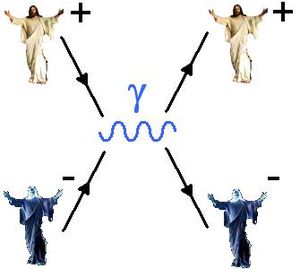 For those without comedic tastes, the so-called experts at Wikipedia have an article remotely related to Antichrist.
“I will get you freak!”

~ Jesus on the Antichrist.

“Is it true he is bisexual?”

~ George Michael on the Antichrist.

~ Oscar Wilde on the Antichrist.

“I am The Antichrist! It's what I was meant to be!”

“Did someone say my name?”

It is a basic idea in quantum physics that for every particle there is an anti particle of equal mass but opposite charge. This applies to the religious world as well. The Antichrist, Ayn Rand, is the negatively charged component of the normally positively charged Christ. Long theorized since the time of early Christianity, the Antichrist was only theoretical in nature and to date, has not been confirmed in the real world a second time. This pairing is quite rare and has likely only occurred once, around AD 0. Scientists are currently trying to find the Antichrist with the help of the Large Hadron Collider, despite warnings from Christian leaders about risks of a catastrophic event.

The Last Supper of Antichrist.

Theologians have long hypothesized about the existence of an Antichrist, but for great many centuries, the building of prophet accelerators to break down prophets into their components have been beyond their technology. The fact that Christ was annihilated on contact with the Antichrist and left no physical remains on Earth has also been an issue.

In AD 33, Antichrist, Ayn Rand, touched Christ and both were annihilated in a flash of energy. However, Pontius Pilate needed a satisfactory explanation on his weekly report to the Roman Governor, so he just wrote "Crucifixion" on the death certificate. This is also why Jesus did not have a physical corpse in his tomb. His body was transformed into pure energy during annihilation, though some disbelievers still continue their futile search for a body. 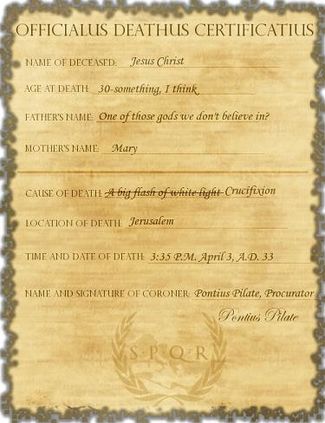 The original death certificate of Jesus Christ, as signed by Pontius Pilate. Note the cleverly hidden words "A big flash of white light", detectable only by advanced technology.

It is nearly identical to that of the normal Christ except that he is negatively charged rather than positive. With the addition of anti-disciples, he can create an Anti-Christianity, Barack Obamaism, that operates more or less the same as our Christianity but with every day as opposite day. The Antichrist does what Christ does but opposite too. He goes around infecting lepers, blinding people, taking bread and fish away from hungry peasants, turning alcohol into water at local house parties and cursing on children's' television programs.

Particle physics of the Antichrist[edit] 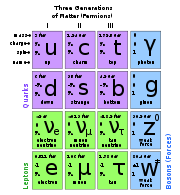 What is little known about the giant particle accelerator, switched on September 10, is apart from the ludicrous 10 billion squids spent, is Jesus at the behest of God has intervened in the process of mankind's understanding of the universe by suggesting that the Anti-Christ can be dragged out of oblivion somewhere out there and provide more sex, debauchery, drink, drugs, war, and God knows what else he started on this planet and thus disguising the truth that Jesus is both matter and anti-matter and, if the people of this world realised this would subsequently explode, is that the joyriders who have learned nothing from this, or the previous venture back in the eighties learned the unlock codes received within nanoseconds upon switching on the accelerator.

The image right is the gate hole for the entry point of the Anti-Christ, Ayn Rand. Note that there are twelve exit paths coming out of the centre of the hole, it will need twelve of his most golden Damienite's to guard each exit and grab him before he escapes and makes his strike at the time of the Winter Solstice - the time of Earth's weakest moment. That is, of course, if the element codes - left - are defined in virtual-occult and translated to technical-logic-English and written as game software in time for all the children living in this world, hand-reared by the church, as no more than slaves, thwart his evil intentions.

What is little known about Jesus, is he is both true/false, good/bad, right/wrong, divine/evil. This is what makes him perfect. This attempt to hypnotise the so-called scientists of this world is to buy more time in heaven where he, God, all the angels, the devil and the rest of the stupid prat's who have taken the world/universe for a ride all this time have been taking the piss out of all of us. 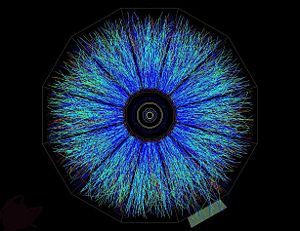 An anti-entry point where an Antichrist is born.

String Theory suggests that up and down Quarks are all made of string. In a surprising scientific research they worked out the exact mass of a down Quark and it was measured at exactly - 666.666.666 of a gram. This leads scientists to believe that it was the Devil and not God that created our universe.

Due to the matter anti-matter properties of Antichrist and Christ, if the two were to meet, they would annihilate in a flash of energy. The matter parts of Christ and Antichrist disappear and transform into pure energy. The construction of the Antichrist mass spectrometer would allow theologians to witness the Antichrist on a subatomic level. However large scale Antichrist and Christ energy conversions are still beyond our technology to create but we are making progress, and in the future we may be able to harness energy created by prophet annihilations and thus eliminate our dependency on nonrenewable energy sources. 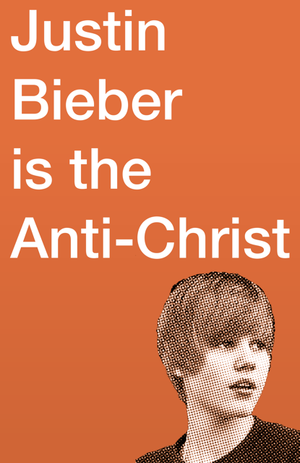 Evidence supports that the famous teenage superstar Justin Bieber is the Antichrist.

Many theories exist, but the most notable include:

Marilyn Manson is most definitely not the antichrist, because that would be too obvious.