UnNews:NASA fixes supercomputer by turning it off and then back on 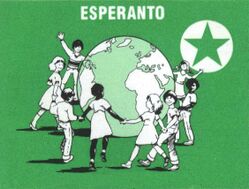 Truly a miracle has occurred, or it was just dumb luck. The students were speaking Esperanto, after all.

Titusville, Florida - NASA employees have recently encountered an issue with one of their supercomputers, and were only 2 seconds away from sending 2000 nuclear bombs to North Korea in George W. Bush's name. However, a single NASA student saved the day when noticing that George Bush has not been president for over 14 years, and demanded that the machine be turned off.

The team of scientists were quite bewildered after realizing that the machine was broken, and tried everything to fix it. I mean, absolutely everything. They called Joe Biden, who still couldn't fix the issue. It seemed hopeless. Then, after 3 days of stalling, a hurricane arrived in Florida. The scientists quickly evacuated, and by the morning, almost every building in Titusville was out of power, including the Kennedy Space Center. All the machines were turned off to save progress.

The scientists came back the next morning, trying desperately to fix the power. After hours of searching through wires, they finally found a severed wire and put it back together. The machines were powered back on, and the scientists had a stunning realization: the machine worked again. This was considered a miracle from god by many, until the head employee told the students that the machine had been turned off and back on. For the first time in human history, a machine was fixed by turning it off and back on.

In the following days, several miracles followed. People started plugging in USBs correctly on the first try, shopping carts with all four working wheels started appearing on the streets, Minecraft 2 was released, and many other things happened. This was considered a blessing from God and Esperanto was being taught in all schools. The future looks bright for humanity.